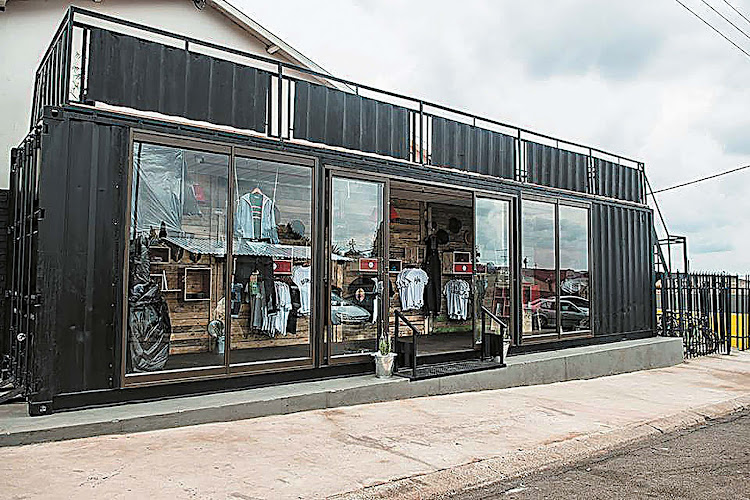 Back in 2005, friends Wandile Zondo and Galebowe Mahlatsi came together with the intention of making authentically Soweto-inspired street wear. Thesis Lifestyle was born, with its first retail space opening up in Mofolo, Soweto, in 2007. Fast-forward to 2016 and Thesis Lifestyle markets a hugely popular apparel brand made by their in-house design team. They continue to cultivate a huge following through their lifestyle events and recently extended to a second retail space in Kagiso, a township west of Joburg.

At the core of their business is the clothing line comprising pants, jackets, bucket hats and graphic T-shirts, which are especially popular. One of their bestsellers is a T-shirt with the words “Phiri, Mapetla, Zola & Mndeni” emboldened on the front, a reference to a popular kwaito song  by Tokollo Magesh, which gives a nod to four neighbourhoods in Soweto.

“People identify with the T-shirt because it’s uniquely Sowetan and South African and it’s also better than the ‘I love’ T-shirts you get worldwide,” says Mahlatsi. Their expansion into events started back with the Thesis Social Jam Session, held every first Sunday outside the Soweto store from 2008-2012. The idea was inspired by a podcast by British DJ Gilles Peterson called Live At The K-Swiss Store, which made the pair want to bring together all the up-and-coming DJs, artists and comedians in their own vicinity. 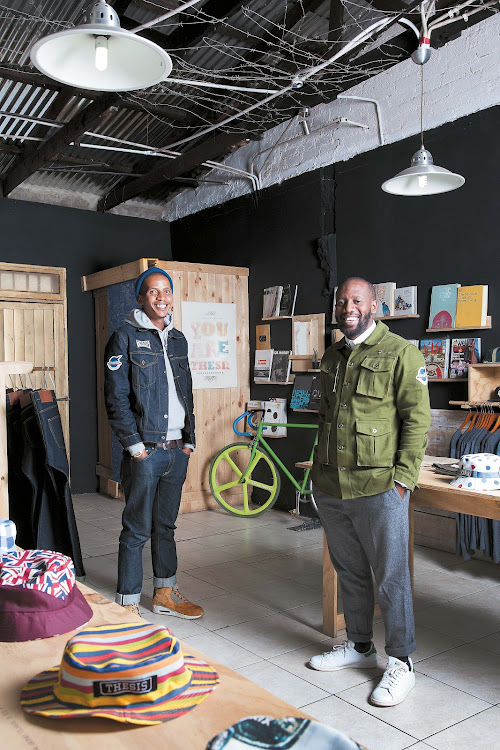 The events enabled Thesis to collaborate with various brands and helped
cultivate some of the biggest artists in SA now, such as comedians Mpho Popps, Tall Ass Mo and Donovan Goliath, and recording artists Okmalukoolkat, The Muffins and Samthing Soweto. The Kagiso store currently holds an event called Goodvibe Hangout every last Sunday of the month. They also introduced Thesis Run Cru, which fosters a running tradition in their neighbourhood.

While encouraging their community to live a healthier lifestyle, they are
changing the way people interact with the brand. An opportunity to revamp an old dump site and save on overheads inspired Zondo and Mahlatsi to go green for their Kagiso store, which is housed in a shipping container.

Although it is situated in the township, their customers come from all over – from tourists to young people from the area who save up to buy a few items, to others who have moved out of Soweto but still visit regularly. The two entrepreneurs are working on expanding their online store while growing the footprint of the brand in other townships in Gauteng, and continuing to change the face of their own “hood”. 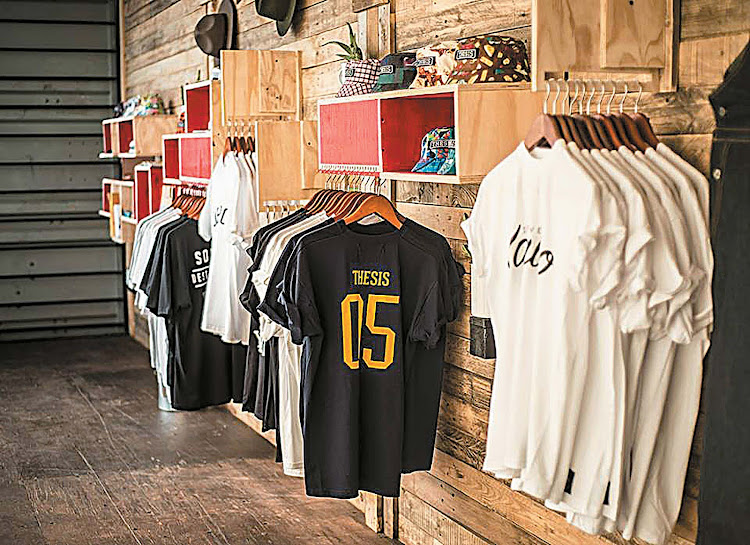