Salon facials are so passé dahling. Staying young and beautiful means taking things up a level. Using your own urine, if need be 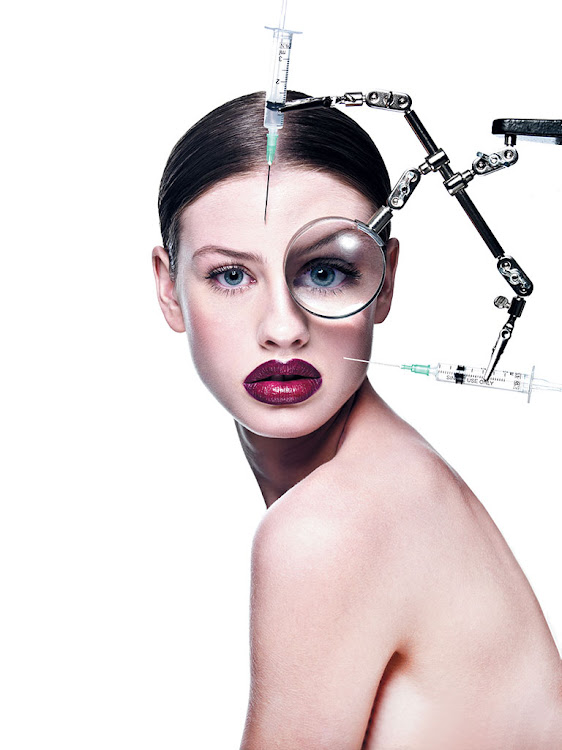 Aging is inevitable, though it's becoming less acceptable to actually let it show.
Image: Patrick Toselli

While aging is inevitable, it’s becoming less acceptable to actually let it show. These days, those in the know (and in the money) aren’t just freshening up with a little sting from the plastic surgeon’s needle. They’re also doing a slew of other stuff (rather scary sounding, I might add), in the frantic hope of looking 21 again. Botox is just the tip of the iceberg: from forever-young LA to always-on-trend London, prepare to be astounded by some of the newest global beauty treatments that promise drastic results — as long as you’re not squeamish.

FRIEND OF THE DEVIL

A trend that is going viral — not just enhancing natural shape but actually changing it altogether — is Russia’s Devil Lips. Forget anti-ageing, this procedure is about looking downright weird. “It involves injecting dermal filler to produce waves in the lip and its vermilion border,” explains Dr Alek Nikolic, a medical practitioner with a special interest in aesthetic medicine and skincare ingredients. One of Instagram’s most-buzzed-about lip sensations, “octopus lips” (the shape’s alternate name) has not only created a storm online but “has divided opinions,” adds Nikolic. His sensible advice is to stay clear, not only because it looks completely unnatural, but also because there is a danger when depositing a “lump” of dermal filler in a single area that blockage of an artery can occur. “This will lead to avascular necrosis which is characterised by tissue death,” he cautions. And also, why on earth would you want someone to say, “Love your octopus lips”?

Not satisfied with the usual anti-ageing efforts, those willing to spend big money (a session reportedly costs around $1,500) are turning to ceramic crystal therapy. As the name suggests, it’s an odd cure: “Ceramic crystal therapy involves microscopic crystals being injected into your face to make you look younger,” says Dr Nikolic. The biggest concern, he adds, is that these crystals are permanent, meaning they’ll be recognised as a foreign body and can cause serious skin reactions like granuloma formation or hard lumps. Yikes!

Some argue there’s much beauty to be had in the toilet bowl. A urine facial is simply collecting your urine and using it as a form of toner by wiping it over the skin. Devotees claim that urea and uric acid in urine do everything from exfoliating skin to helping the body re-absorb lost nutrients. It’s applied topically — but how much gets absorbed is up for serious debate. Perhaps a moisturiser laced with those specific ingredients would smell better and gross us out less?

Staying in the toilet department, the secret to a long, happy and healthy life — and ditto skin — is your waste, apparently. At least, it needs to be tested to determine your gut health. Microbiome testing, all the rage in the US, is coming to SA very soon. Scientists have recognised that there is a clear link between the function of the gut organisms and one’s overall health. A gut-intelligence test enables you to optimise the distinctive microbial world that lives inside the body to boost your healthcare for a better mental state and improved functioning in your body.

Imagine a life free of sweat-stained clothes and telltale signs of a stressful day? Prince Andrew can, and so could you. Dr Lilliana Lulli, medical aesthetic practitioner at The Renewal Institute South Africa, unpacks it: “Hyperhidrosis (excessive sweating) is a common complaint and Botox injections have been the treatment leader for many years.” The new kid on the block, miraDry, uses electromagnetic energy to destroy underarm sweat glands altogether. Surely one needs sweat glands in this area? Apparently not — only 2% are actually located under our arms, and since the treatment’s US Food and Drug Administration approval in 2011, Americans have been zapping away their ability to produce underarm sweat. In fact, it’s claimed it’s been used in over 140,000 treatments worldwide, which shows — hyperhidrosis aside — how many of us are desperate not to have pit problems.

Compelling arguments are often accompanied with the phrase: “And it’s scientifically proven!” Dubious wellness treatments have no such backing. And what could be more dubious than transfusing the blood of someone between the age of 16 to 25 (provided you are 30 or older) with the promise it’ll rejuvenate you and your body’s organs? Some companies are offering blood transfusions from a young donor, the idea being that the “younger” blood will keep you healthy and more youthful, says Dr Nikolic. “There is no scientific evidence that confirms this,” he adds. Why am I not surprised?

“DNA augmentation is going to become a reality sooner than we expect,” says Dr Lulli. Gene therapy is the insertion or deletion of certain fragments of DNA codes responsible for the degradation of organs as we age, and will have an overall anti-ageing effect which will reflect on skin, she says. “While we shouldn’t stop ageing altogether, we will eventually be able to slow it down significantly. It sounds like science fiction but it’s not far off.” And what about undoing damage caused in our reckless youth? Preliminary studies are being performed with gene therapies that can remove mutations and add a reparative gene,” says Dr Nikolic. Call me crazy, but sign me up for some of that.

Aging for the ages: secrets from the expert

If you're going to treat yourself to a indulgent spa day, why not book into one of Africa's best spas?
Fashion & Grooming
2 years ago

• From the February edition of Wanted 2020.
Image credits: Make-up and hair by Renate Williams at Red Hot Ops.