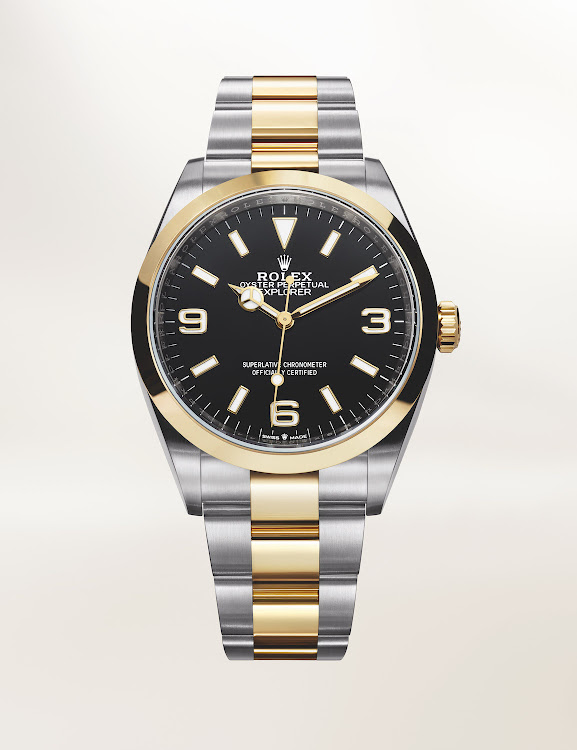 Rolex has used the great outdoors as its laboratory since that first cushion-shaped Oyster model made the English Channel crossing in 1927 around the neck of endurance swimmer Mercedes Gleitze. The following decade, the company also began equipping Himalayan expeditions with Oyster watches. Meeting the needs of extreme adventures where precision and endurance are crucial, the new-generation Rolex Oyster Perpetual Explorer continues this proud legacy as an evolution of the original watch from 1953, inspired by the first ascent to the summit of Mount Everest by Sir Edmund Hillary and Tenzing Norgay on 29 May that year.

Since then, the Explorer has accompanied some of the greatest pioneers. But, amigos, we don’t need a perilous adventure to justify having one of these fine tools on our wrists: there’s nothing like the refreshing view of the world as seen through the eyes of my 6-year-old niece (aka “Dora the Explorer”) to remind me of this. There is also adventure enough as we scurry around preempting the shutdown of our digital equipment in the wake of a new round of loadshedding. Fear not. Equipped with a new Superlative Chronometer certified Calibre 3230 self-winding mechanical movement, the Explorer will at least guarantee you precise time management, even in the dark.

The 2021 36mm model replaces its 39mm predecessor of 11 years. Its Oyster case is guaranteed waterproof to a depth of 100m and is available in Oystersteel or two-tone Rolesor. Rolesor is a combination of 18kt gold and Oystersteel, which has been a signature feature of the brand since 1933. On the Rolesor reference, the bezel, twin-lock winding crown, and centre links of the Oyster bracelet are in 18kt yellow gold, while the case and outer links of the bracelet are in Oystersteel. The black dial, now lacquered, bears the index hour markers and emblematic 3, 6, and 9 numerals that are part of its identity. In dark conditions, Chromalight-coated hour markers and hands emit an intense blue glow, while in daylight they have a sharp, white hue.

Quality time with Pierre Rainero director of image, heritage, and style for Cartier

Released last year, the Calibre 3230 features the patented Chronergy escapement made of nickel-phosphorus, which is insensitive to magnetic fields. According to Rolex, the movement is fitted with an optimised blue Parachrom hairspring, manufactured in a paramagnetic alloy that makes it up to 10 times more precise than a traditional hairspring in case of shock. The blue Parachrom hairspring is equipped with a Rolex overcoil, ensuring the calibre’s regularity in any position. The oscillator is fitted on the high-performance Rolex Paraflex shock absorbers, increasing the movement’s shock resistance. The calibre is equipped with a self-winding module via a Perpetual rotor and has an extended power reserve to approximately 70 hours.

Rolex certification tests are done on fully assembled watches, after casing the movement, guaranteeing “superlative performance on the wrist in terms of precision, power reserve, waterproofness, and self-winding”. The rate deviation tolerated by the brand for a finished watch is a precision of −2/+2 seconds per day, which is significantly smaller than that accepted by the Swiss Official Chronometer Testing Institute (Cosc) for official certification of the movement alone. One of the criteria for chronometer certification by Cosc is that the average daily rate on the first 10 days of testing is -4/+6 seconds.

If the peaks are not calling you, the Rolex Foundation will ensure that the R100 500 or R169 700 you drop on an Oystersteel or Rolsor Explorer supports pioneers young and old in the fields of environmental protection, science, arts, and culture for generations to come.