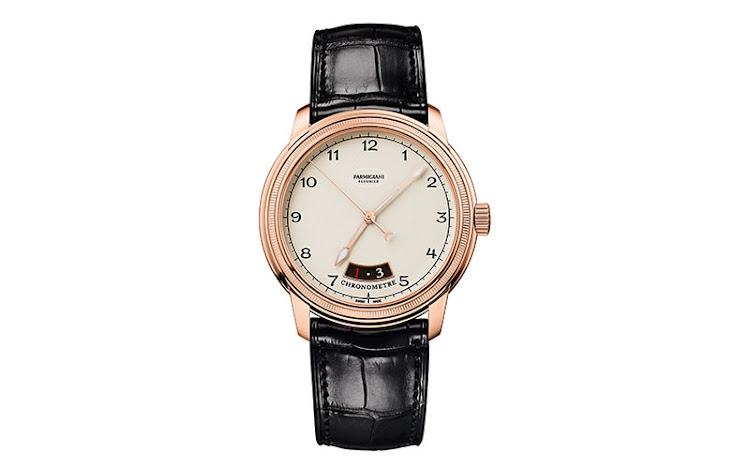 Before motion pictures, animation, or hi-tech robotics, there were automata: complex, miniature machines that captured the imagination by imitating creatures great and small. Drawing on the know-how of the world of horology, these intricate, animated objects were usually the preserve of the rich. These finely geared “toys” are now sought after for the high craftsmanship of their inner workings and bejewelled embellishment.

A Frères Rochat “singing pistol” was recently brought back to life by the restoration department at Parmigiani Fleurier. When cocked and fired, instead of a bullet flying from its double barrel, a tiny animated bird appears, its wings and tail fluttering, as if it were real. The little feathered creature then spins and tweets one of four melodies before disappearing back into the barrel. If only all weapons were this charming.

The manufacturer, established in 1996, may have come of age only recently, but its founder, Michel Parmigiani, has had an illustrious career of more than 40 years in the industry, during which time he has been entrusted with the restoration of highly prized artifacts for the likes of Patek Philippe. Under his guidance, a division of the workshop is still dedicated to restoration, where captivating complications of the past continue to inspire new movements and designs.

The Oyster Perpetual Sea-Dweller perpetuates the heritage of the ultra-resistant professional divers’ watch. It was launched at Baselworld earlier ...
Watches & Jewellery
4 years ago

Vast historical knowledge, and this unique expertise, are part of the soul of Parmigiani, which is one of very few independent Swiss watch brands.

With a vertically integrated manufacture, it can legitimately claim its timepieces are 100% Swissmade. Research and development is conducted in-house, which means Parmigiani is able to create unique and limited-edition pieces, as well as produce handmade movements for up to 16 other brands, including Richard Mille, Audemars Piguet (Royal Oak) and Corum (Golden Bridge).

This year sees the company return to its roots, with an update of the first watch designed by Parmigiani 21 years ago. Our featured Chronomètre adds four understated options to the Toric collection, which traditionally featured the most grand complications. This contemporary interpretation of the original Toric with 40.8mm case is available in rose or white gold with a dial option of grained white or black opaline, and houses the new Cosccertified Calibre PF331 automatic movement with a 55-hour power reserve. The knurling around the bezel is inspired by the earlier version, and its slim profile is emphasised by the clever double-case design. The alligator straps are made by Hermès.

Parmigiani is inspired by nature and the Golden Ratio, which is evident in the perfectly balanced design based on the structure of a Doric column. The understated aesthetic of the Toric Chronomètre is complemented by the long javelin hands, the position of the date window, subtle minute track, and the proportions of the crisp Arabic numerals.

Completing the offering in the top tier are the grand complication pieces. These comprise four minute repeaters, three of which feature dial designs inspired by past masterpieces restored by the atelier and held by the Sandoz Family Foundation, the owners of Parmigiani. There is also the Toric Tecnica. Featuring a perpetual calendar, minute repeater, and tourbillon.

Quality time: the art of the Cartier watch

With all the art happenings this month, one can’t help but think of art and watches this week
Watches & Jewellery
4 years ago

Luxury watchmakers get connected
Watches & Jewellery
4 years ago
Next Article
© Wanted 2022 - If you would like to reproduce this article please email us.