One of the best things about summer is making and eating tabbouleh, which is simple to make and layered in flavour 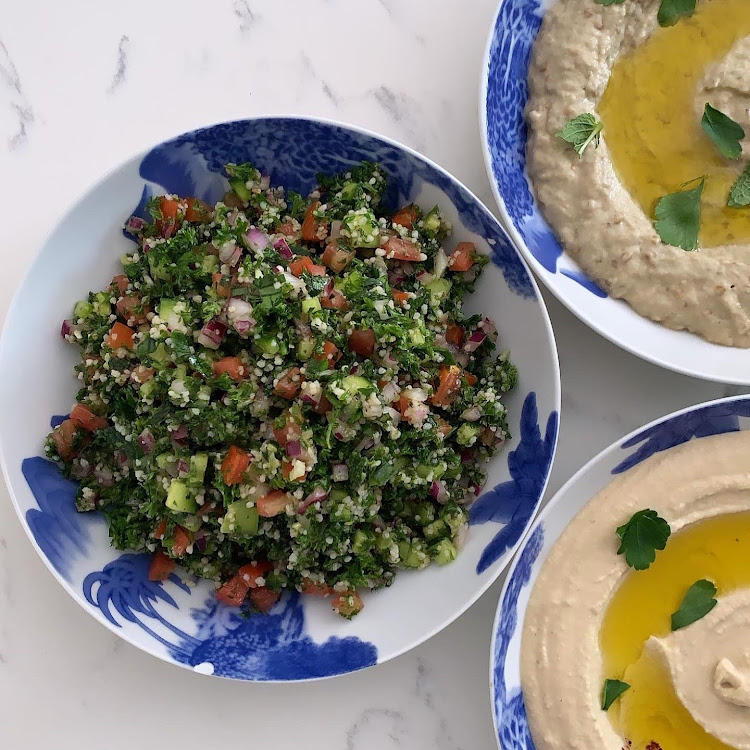 Saffas are a resilient bunch. It’s no wonder we have a reputation for being no-nonsense hard workers from Adelaide to Zurich. Still, it’s been a long, hard year, fraught with challenges — as I sit typing, my face illuminated by only the soft glow of my laptop screen and a flickering candle on the mantle. Swing around for a braai on any given Sunday, a chilled six-pack in the cooler box and the conversation will invariably be punctuated with an expletive, followed by how tired the person is and how much a break is needed. Thankfully, December is around the corner, and as we collectively get ready to stoke the braai fires and shake our heads with disapproval at the GP number plates that descend on Umhlanga and Camps Bay, I’m reminded why I love summer.

Fresh, zesty salads, chilled sauvignon blanc, served with a glass of ice on the side — no judgment here, you drink your wine however you damn well please. Over the past few years, I’ve been enamoured by Mediterranean cuisine. More specifically, Levantine cooking. The Levant is the geographical area that encompasses the countries of Israel, Lebanon, Jordan, Syria, Palestine and Turkey. Like most things in the region, this too is contestable. Ask some, and Egypt is included; others disagree most fervently. However, one thing that is not up for argument is that the region’s food is incredibly delicious and diverse. It’s the communal nature of dining that appeals to me. Why settle for one or two dishes when you can share multiple small plates called meze.  Think rich, smooth hummus, laced with tahini and the slight zing of garlic, warm pillowy pita bread torn and used as utensils, fluffy toum — a garlic sauce made from emulsifying fresh garlic, lemon juice and oil, smoky baba ghanoush, spicy kebabs expertly skewered and cooked over blistering charcoal and my absolute favourite, tabbouleh.

There are many regional variations to tabbouleh (including the spelling of the word), but it is a salad made from parsley and bulgar wheat. A fresh, herby side dish to accompany grilled meat or poultry but can easily step up as a vegan-friendly main. Simple to make but layered in flavour. An absolute summer winner.

First taste: a visit to Zioux

This is where you should have a picnic this Cape summer

The key to cooking hong shao dishes is to control the heat — and that requires your full attention
Food & Drink
6 months ago
Next Article
© Wanted 2022 - If you would like to reproduce this article please email us.