Wesley Randles at The Shortmarket Club 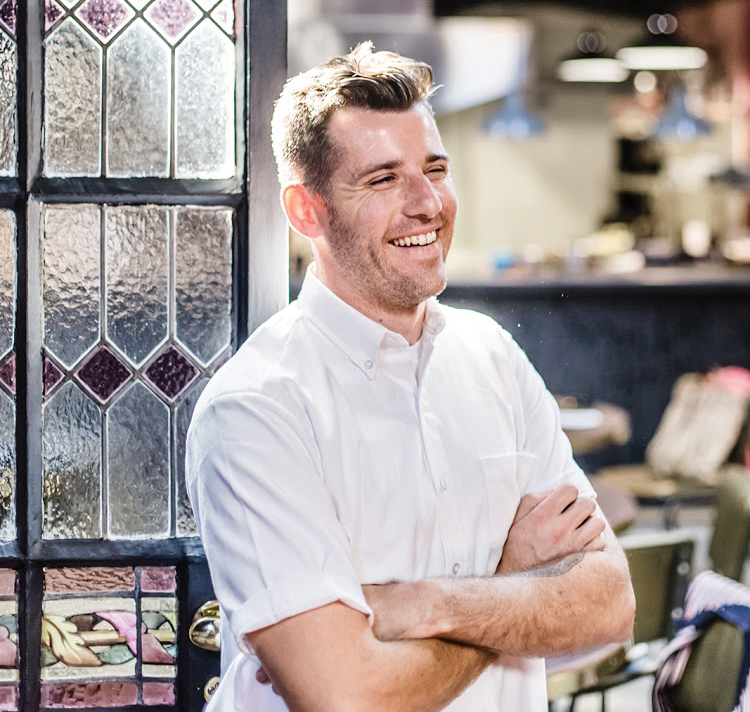 Along with the resurfacing of produce previously deemed uncool is a return to popular old-school dishes with a contemporary spin. Rising star Wesley Randles has paid his dues, working his way up from sculler to sous chef; from intensely flavoured Durban curries under the watchful eye of his dad to fine dining under the guidance of Luke Dale-Roberts, as head chef at The Pot Luck Club.

His first solo venture — although still in partnership with Luke and former manager of The Pot Luck Club Simon Widdison — is the splendid new The Shortmarket Club. In Wesley's words, "it takes an opulent old-world dining experience and modernises it, filling the gap in the market between fine dining and upmarket casual dining."

Opening at 8am, it will set your ticker for the day with classic egg and soldiers (Wesley turned it on its head with an infused brioche), a cup of coffee and the newspaper. Consume it all slowly in the salon-style room adorned with hundreds of paper butterflies mounted on the wall in glass boxes. "It's the type of place where we want people to linger, have fun, where lunch turns into drinks at the bar or an after-work get-together turns into a languid dinner," Wesley says.

I got such a shock when I started working for Luke. He showed me what food could be — creative, delicate little things that made a beautiful plate together

Where did you start out? In Durban. I was working at a restaurant at the age of 14 as a sculler and busboy, but not so much the food, because my old man was a chef and he said, "Don’t go into that career." So, in typical rebellious behaviour, I decided to do it anyway. I ended up moving to Cape Town and studying culinary arts and then started working for Luke Dale-Roberts when I turned 21.

At La Colombe? Yes. It's been nine years since then and it's been a bit of a crazy ride — but fun.

So your first encounter with food was through your dad? Pretty much. Growing up in Durban, we ate very casual food, never fine dining, and that's why I got such a shock when I started working for Luke. He showed me what food could be — creative, delicate little things that made a beautiful plate together. My background involved incredible curries with the most amazing layers and depth, which worked in my favour. My taste buds were challenged and developed from an early age.

There was a lot of fancy food in the first part of your career. What is the intention with The Shortmarket Club? After La Colombe, which is extremely fine dining, I moved with Luke straight to The Test Kitchen and helped him open it. I was the sous chef for three-and- a-half years. Then we opened The Pot Luck Club and Luke asked me to run that. That was a very cool change of direction, because we went from plates with multiple components to very simple, smaller plates — less complicated but full of flavour. Then we were offered this space. It was like a dirty drug den but Luke and his wife, Sandalene, wanted to do it, so I started thinking about how to make it different. We've taken old-school classics that we grew up with, like egg and soldiers, and made them more intricate — organic boiled eggs with toasted brioche, which I infuse with roasted Jerusalem artichokes and shiitake mushrooms and then pan-fry, and we've slid in thin slices of pancetta, finished off with burnt Parmesan and onion.

Is there still room for fine dining? There are people working in certain restaurants that need a creative outlet. If they’re making incredible food, people will come — and that is the restaurant game. I think the global trend is that everyone is going more casual, but when you're spending a lot of money on food (because good quality is expensive), you want to feel like you're being looked after. We need to make our dining more casual but if you're not careful of what you're doing, then you'll lose the attention of the customer or the attention to detail.

But there's always social media to get their attention? It’s extremely powerful but I've always taken the approach that if we're going to do it, we might have to create the market. Like this breakfast — no one's doing anything like it, which is a worry, but I know if we stick to our guns and keep the quality high, we'll set our own trend instead of trying to follow something. It's the same as brunch at The Pot Luck Club. We decided to do this New York-style brunch with bottomless Champagne and in the first three weeks, we had three patrons and a staff of about 25 people. A year down the line, brunch is booked out five months in advance.

What have you prepared for us? Some beautiful aged Karoo lamb. We've used the rump, which is the most amazing cut because it has marbled fat, so we render it down nice and slowly. We have a wood smoker in the back and cook over burning wood, like a normal open braai. We've done it with caramelised fennel fondant with a lamb jus and a goat's milk ricotta and we've taken leeks and burnt them with pine needles, pine nuts and roasted fennel seeds, and then we serve it with a little mint jelly on the side, because you can't beat mint jelly and lamb.

Easy enough for somebody to reproduce at home? Absolutely. It's a little bit of work but the components are very simple and perfect for incorporating and enhancing flavour in each element. No flavours in it are out-there crazy. It's grassy elements gelling with the lamb, elements that it would have been surrounded by, so you know immediately that it will work.

Where do you go when you're not cooking for yourself? At the moment, it's Chef’s Warehouse. Liam Tomlin's food is amazing. And I go to Bukhara for a good curry, which you struggle to find in Cape Town. When I was at The Pot Luck Club in Woodstock, we'd go around the area and there'd be local Malays making incredible green mango atchar. I wouldn't even bother trying to make my own, because they learnt it from their great-grandmothers and grandmothers and have been making it for so long. I go to Frankie Fenner and get incredible grass-fed meat up the road. I go down to Woodstock Bakery and speak to Paul and get my bread from him. And Tim Martin in Woodstock Central is making great wines. Everything is right in front of us and the people who are doing it are fantastic. 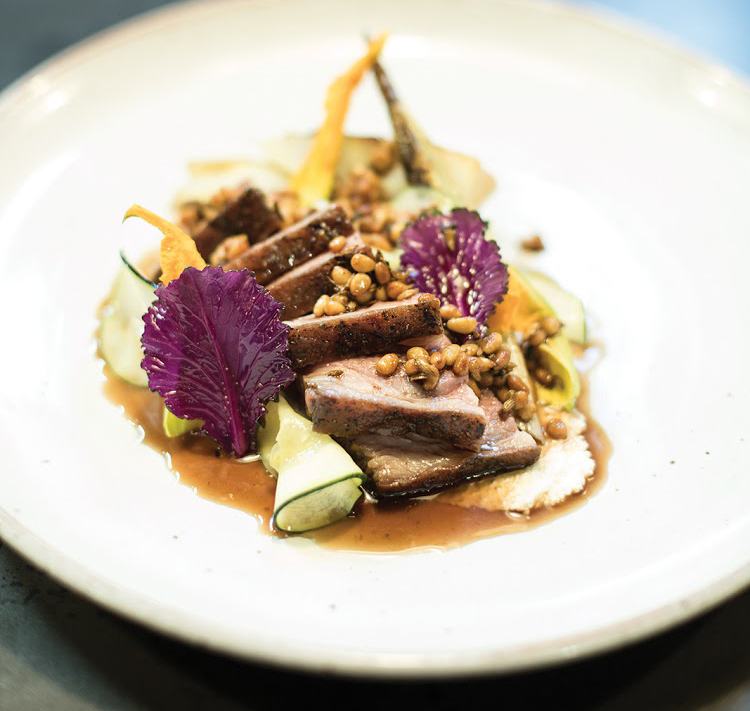 To make the goat’s milk ricotta, heat milk and cream together to 87°c. Remove from heat, stir in lemon juice and salt and allow t o separate in fridge overnight. Strain through cheesecloth to separate curd from whey. [Alternatively, use store bought ricotta].

To make the lamb jus, roast the lamb and vegetables together in the oven until golden, then combine in a pot. Deglaze with port and when reduced to a glaze, add demi-glace and simmer slowly. Finish with wild rosemary and allow to steep. Strain through muslin cloth, reheat by bringing to the boil and finish with a large knob of butter.

To make the fennel fondants, lay down slices of butt er in a heavy-based pan and season. Lay the fennel face down and add rosemary and water. On medium heat, half-cover with greaseproof paper and allow to cook down until caramelised.

To make the leeks, place all ingredients on an oven tray, roast over a fire [or in the oven] until caramelised and then season.

Coat lamb with olive oil and season. Place the lamb skin-side down on a high grid over a wood fire [or grill in the oven] and allow to render slowly. When golden and crispy, flip over and cook slowly until you have an internal temp of 58°C. Allow to rest for 10 minutes.

The Shortmarket Club, described by many as a shrine or altar to modern cooking, is the brainchild of Dale-Roberts and his three partners
Food & Drink
5 years ago