Good old-fashioned handwritten signature in danger of dying out

Forty percent of all signatures are now done on digital devices 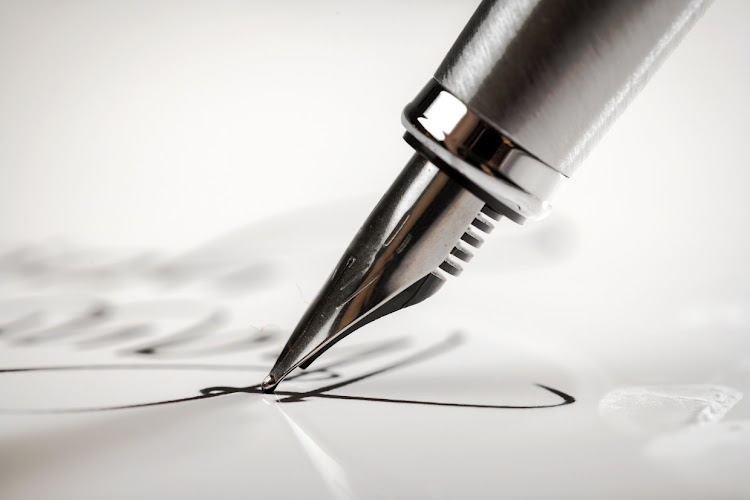 More than half of UK adults hardly sign their signature any more.
Image: 123RF/OLEGDUDKO

A UK cybersecurity firm called Online Spy Shop last week released the results of a survey this that suggests the good old-fashioned handwritten signature is in danger of dying out. According to the Guardian, the results of the survey show “more than half of UK adults hardly sign their signature any more, one in five doesn’t have a consistent signature, 15% of those under 24 don’t remember when they last had to sign a piece of paper and 40% of all signatures are now done on digital devices using e-pens or a finger”.

This is bad news not just for autograph collectors but also for that age-old primary school habit of practising your signature for when you become famous. The American expression “just need your John Hancock over here … and here … and there” might not apply in an era when the ornate inky swirls of Hancock - one of the original signatories of the Declaration of Independence - which were once so admired, are not necessary for digital capturing.

Experts are divided – some arguing that new technologies such as chips, pins and biometrics are far more failsafe than the old “sign on the dotted line”, while others believe a handwritten signature is still the best proof of an individual with a personality having thought about a transaction before agreeing to its terms.

Either way, it would be a shame to see the end of a tradition of authorship and agreement that goes back at least 5 000 years to the mark of one Gar Ama, whose name appears on a Sumerian tablet from 3100BC, and which has been common practice - at least in the UK - since 1677 when the English parliament passed the State of Frauds Act to replace X’s and wax seals with signatures on contracts.

If the death of the signature bothers you perhaps it’s time to start an online petition – although the decision as to how to sign it could end up sabotaging the whole enterprise. In the meantime, to share this article, please place your right thumbprint on the sensor and fill in the below letters to prove you’re not a robot.

The fashion of the 1980s is making a comeback. Use these hints from fashionista Miroslava Duma to rock this look
Fashion & Grooming
2 years ago

In 2015, across the industry as a whole, vinyl record sales were at their highest since 1988 as young 'digital natives' acquire a passion for the ...
Tech & Gadgets
3 years ago

Brandy gets its cool back

Late nights with a snifter and a cigar are unlikely to ever go out of vogue, but it’s the revival of classic cocktails, and a raft of international ...
Food & Drink
2 years ago
Next Article
© Wanted 2021 - If you would like to reproduce this article please email us.