What is the place and legacy of art institutions in a postcolonial, post-Covid South Africa? 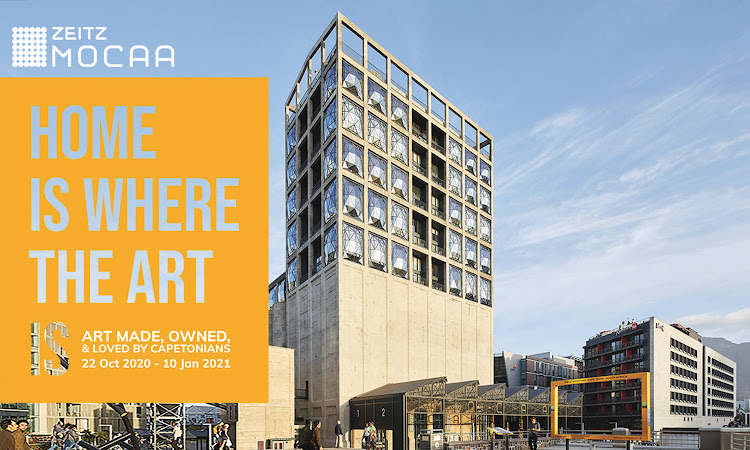 Poster for the Zeitz Mocaa lockdown exhibition Home Is Where The Art Is.
Image: Supplied

The past year has thrown museums and cultural institutions into turmoil. Part of their crisis — and it has been nothing short of a crisis — has been brought on by the pandemic, and the simple fact that the numbers of visitors to these institutions dropped off dramatically with the onset of the lockdown. Storm Janse van Rensburg, senior curator at the Zeitz Mocaa, estimates that up to 70% of its income disappeared overnight. Others, such as the Apartheid Museum, have been temporarily closed, and still others shut down permanently.

Simultaneously, the intensification of various social-justice movements around the world put cultural, social, and institutional reforms under the spotlight and the colonial legacy of many museums, public art galleries, and other cultural institutions was interrogated. Questions surrounding the restitution of cultural objects such as the Benin Bronzes, pillaged during various colonial conquests, have resulted in action being taken, with plans afoot in France and Germany to return them.

While museums and galleries scrambled to find ways to engage audiences, grappling, with varying degrees of success, to provide online experiences, and figure out what function they might serve under pandemic conditions, they also found themselves reckoning with the very foundation and reason for their existence.

Monk’s work is a great example of photography as a medium of immediacy and documentation, and of its value in preserving instances of popular ...
Art & Design
11 months ago

Christopher Till, director of the Apartheid Museum and founding director of the Javett Art Centre at the University of Pretoria (Javett-UP), says that many of the issues that have come under intense scrutiny in the past year have been bubbling under the surface for some time. At the 2019 International Council of Museums conference held in Tokyo, for example, he recalls, “There was an attempt to introduce a modification of the historical principles [governing museums: collect, conserve and educate, in a nutshell] which included making institutions [more engaged] with social issues.” And yet they were not able to reach a conclusion. “There is such diverging opinion,” says Till. 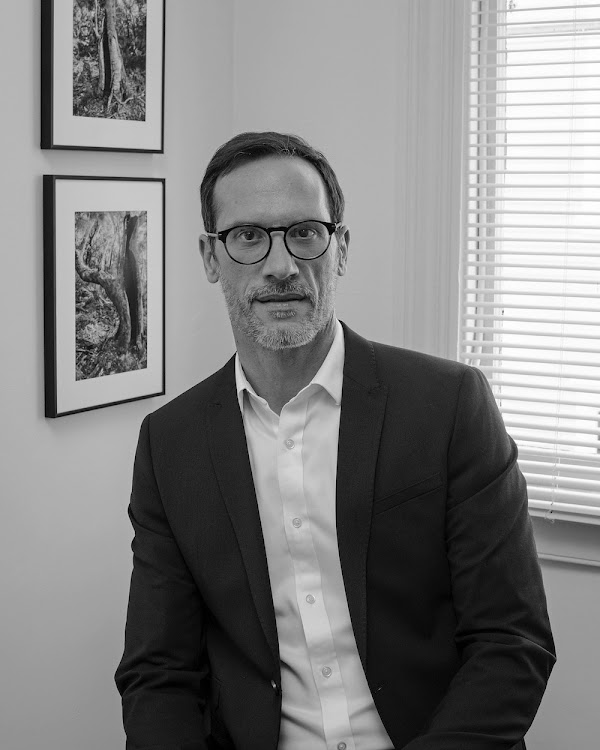 “It’s a time of huge introspection.”

Van Rensburg points out that the question of museums’ colonial legacy goes beyond the items in their collections. “The museum itself is a colonial construct,” he says. “The notion of collecting is itself about a kind of classification and ordering.” He points out that this process of “rationalisation of the world, so to speak” historically forms part of the Enlightenment project, and is inextricably tied to it.

He says, however, that seeing museums as colonial constructs is only part of the picture. “There are wonderful, interesting models on the continent that [are] also about both the safekeeping and collecting of objects,” he points out, referring to the likes of The Great Library of Alexandria in Egypt, among others. There are other major museums in Africa in the pipeline, too, notably the Edo Museum of West African Art (Emowaa), for which many of the restituted Benin Bronzes are destined. And Javett-UP houses the Mapungubwe Collection, with national treasures including the famous golden rhino, dating back to the 1200s.

Several new local cultural institutions, such as Zeitz Mocaa and Javett-UP, have world-class facilities to store the works in their care — with optimal light, humidity, and temperature to preserve their collections. In this way, Janse van Rensburg points out, even the Zeitz Mocaa, which is concerned with contemporary art, mostly post-2000, is concerned with “legacy-making”. 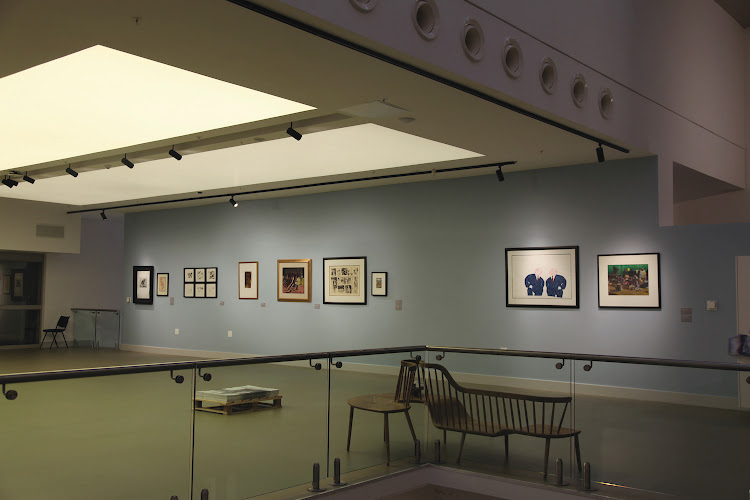 What, however, might a museum or an art gallery become in the future? What legacy are they trying to create? What functions might they serve? And how can museums and galleries survive?

South Africa is in the rather unusual position, as Owen Martin, chief curator of the Norval Foundation, points out, of having seen a plethora of contemporary art and cultural institutions launch very recently. “The emergence of new platforms that engage with the visual arts, such as Norval Foundation, Javett Art Centre, and A4, within the span of four years, is deeply exciting,” he says.

Along with other recent museum openings, notably the Nelson Mandela Capture Site Visitor Centre in 2019, !Khwa ttu San Heritage Centre, which opened in 2018, and uMkhumbane Cultural and Heritage Museum in KwaZulu-Natal, which won the Africa Architecture Awards in 2017, it is clear that there is a need for museum-type cultural institutions in South Africa and Africa, and they are emerging as a significant cultural presence.

But what are they emerging as?

“Arguably, many of these institutions, like ourselves [Norval Foundation], are in the process of crafting an identity and defining their role within society,” says Martin. 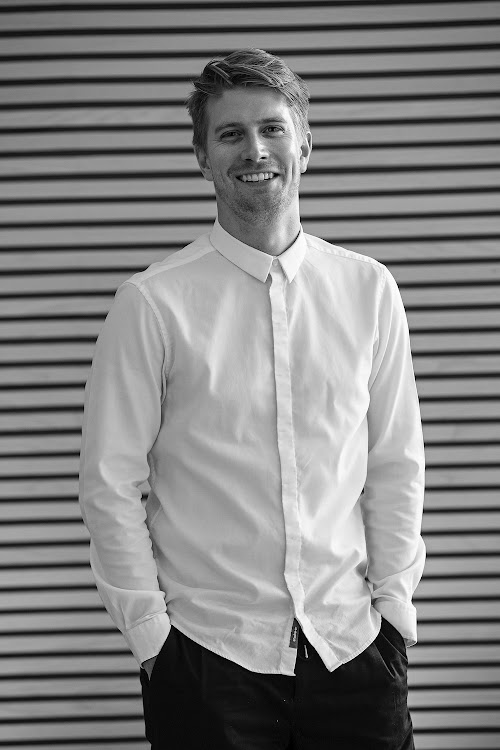 Part of what sets many of South Africa’s new breed of cultural institutions apart from traditional art museums is that many are a sort of hybrid between public art galleries and private collections. “It seems logical then that, as these institutions are defining who they are, they question the museum model, taking from it what is relevant and useful, while leaving behind aspects that aren’t appropriate,” adds Martin. “Importantly, many don’t refer to the concept of a museum in their title or mission statement, instead using a term that’s less historically weighted and less associated with a European cultural tradition.”

Janse van Rensburg says, “We are very well positioned as a museum in terms of this conversation in that we are a new institution. We have all of the benefits of repositioning ourselves from the get-go in a different way. And we don’t have colonial collections. We don’t have that legacy to deal with, but what we do contend with, of course, is this notion of museums as elitist spaces.”

Gabi Ngcobo, curatorial director at Javett-UP, says, “I don’t think the new institutions are immune from [the questions facing European institutions] necessarily.” She points out that the collections bequeathed to Javett-UP and others are still the products of “white monopoly capital” — assembled by white businessmen. She adds, even the fact that the Javett-UP holds the artefacts of the Mapungubwe Collection “needs to be interrogated in terms of the process by which they find themselves [in] these collections at this time in this institution”. 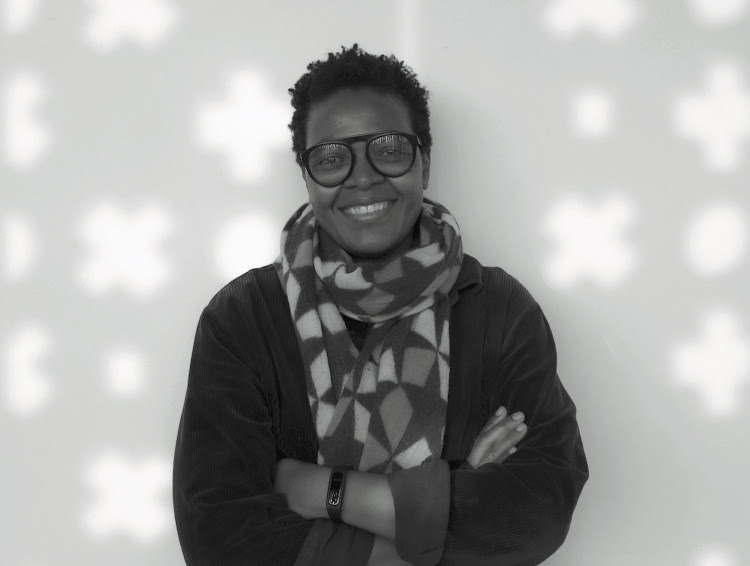 At the same time, a level of self-reflexivity seems to be built into these institutions. Janse van Rensburg says a museum like the Zeitz Mocaa doesn’t intentionally think of itself as an “alternative model”, it does “think about institution-making as a critical process”.

Ngcobo points out, too, that before assuming the role of curatorial director, when Javett-UP opened, she was the guest curator of one of the centre’s opening exhibitions, and she fearlessly interrogated the foundation collection itself.“

There was no contesting of the position that I took,” she recalls. “I had this amazing curatorial freedom.” She also points out that the founders recognise the problematic aspects of the Javett collection, and have commissioned artist, curator, and collector Bongi Dhlomo-Mautloa to assemble a collection of Black modernist works to sit alongside the foundation collection, which will be launched early next year. 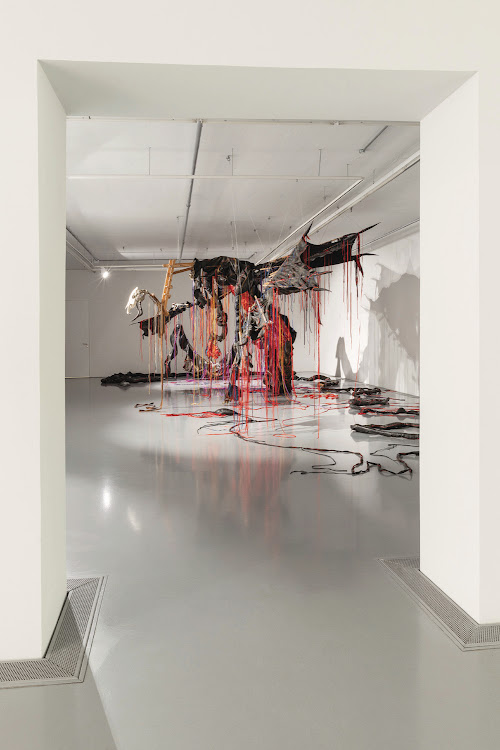 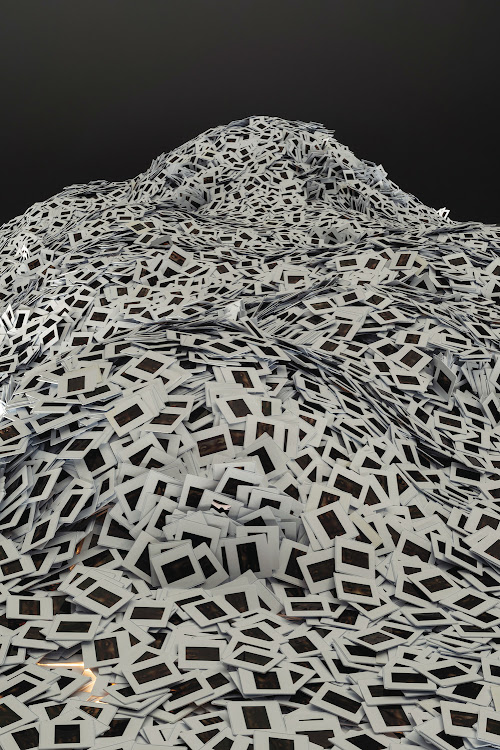 The concept of “knowledge production” is a central part of all these institutions’ functions. The Joburg Contemporary Art Foundation doesn’t have a collection at its core, but focuses entirely on exhibition, research, and technology. But most of these institutions include some sort of self-critique, including talks, programmes, and publications, often inviting young artists to participate and respond to the work exhibited in one way or another.“

Ideally, these processes of encounter, dialogue and reflection facilitate a richer understanding, not only of the cultural objects that are on display, but also of ourselves,” says Martin. “In this sense, we’re fundamentally an educational institution, but achieved through and perhaps, better said, alongside culture.”

And throughout her academic career and practice as an independent curator before joining Javett-UP, Ngcobo experimented with what she calls “pseudo institutions” or “self-organised structures” that question institutional models and “think of other possible worlds, possible ways of being”. 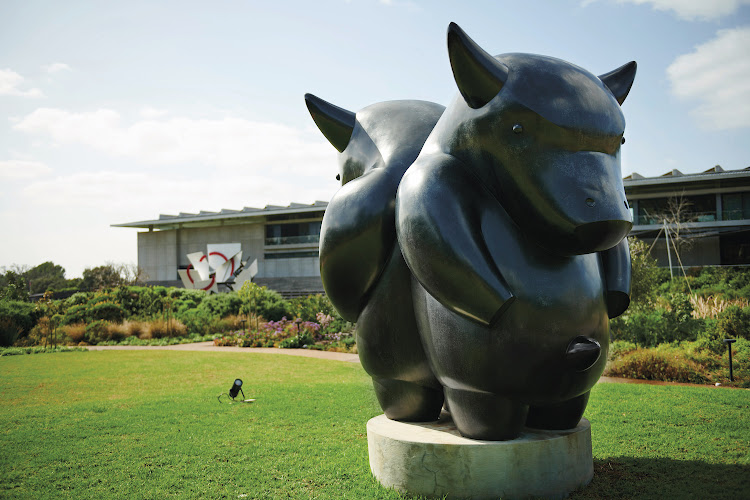 She has been radical and experimental in her attempts to reckon with history and alternative-knowledge systems, and says one of the ways in which an institution like Javett-UP can interrogate its own terms is to “work with artists who are living and to activate these questions”. Janse van Rensburg also talks about “inviting others into that process of thinking and making”, collaborating with young artists in unconventional ways.

Ngcobo says that art and cultural institutions have a major role to play in developing the language necessary to articulate the questions of our times. She points out that much of the global conversation about the removal of historical statues has its roots in local movements like RhodesMustFall and FeesMustFall, and yet, when she reflects on the local attempts to frame the death of Collins Khoza in terms of the BlackLivesMatter protests, “it doesn’t translate”. 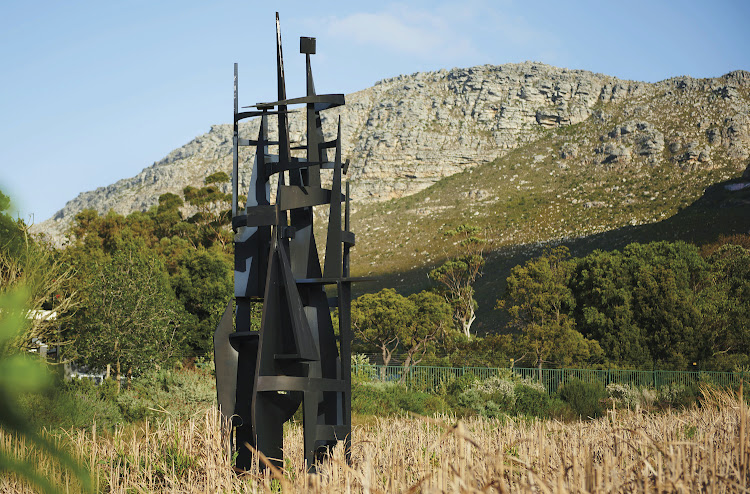 “[In] the early ’90s we kind of lost the language to speak for our freedom because it was not so clear who the enemy [was],” she says. “So, it’s interesting to me to observe what kind of language institutions like ours could … develop.”

“If anything, these institutions have a better opportunity to be able to have those dialogues but also to make those things physically visible through our programming,” she says. As the world’s largest museum for contemporary African art, Janse van Rensburg says the Zeitz Mocaa has “a massive responsibility”, both in South Africa and the rest of Africa. “We also understand that certain objects tell us about our time and our place and our history,” he says, “and that it’s important to look after those objects as best we can.” 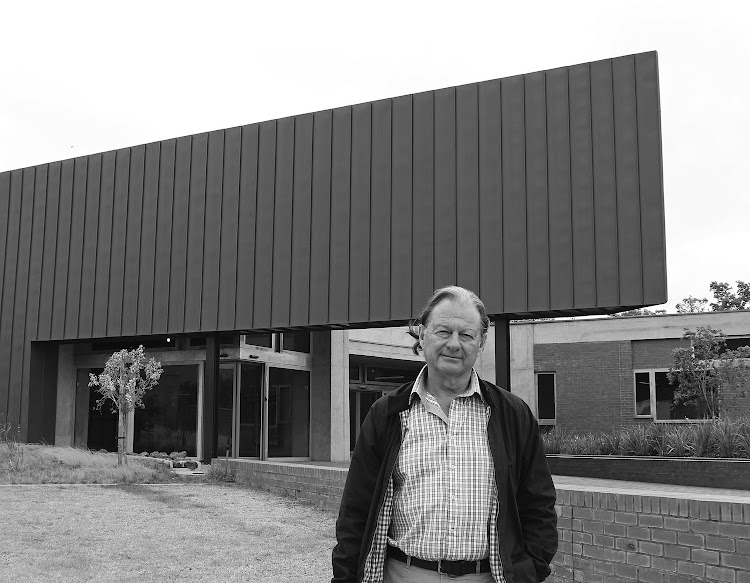 Chris Till of the Apartheid Museum and Javett-UP.
Image: Supplied

Till reminds us that, as “laboratory practices” and knowledge production remain an important way for museums to define their own functions, the whole debate remains “stuck in the discussion around what museums could be”. It’s a reminder of why the irrefutable artefact is crucial to museums.

But, as these historically relatively unencumbered institutions have found, even inconvenient objects and artworks remain central to these institutions’ ability to perform a valuable cultural function. As much as certain radical ideologies might attempt to rewrite history, another threat to public discourse might arise from unexpected quarters.

There has been a notable tendency among some commercial art institutions to take on the rhetoric and even purport to assume some of the functions of public institutions. While Till also warns of the danger of museums and cultural institutions attempting to attract audiences by giving themselves an unexamined “contemporary flavour”, perhaps the flipside is more dangerous: the commercial elements of the art ecosystem opening the door for history to be rewritten according to any convenient ideological script. 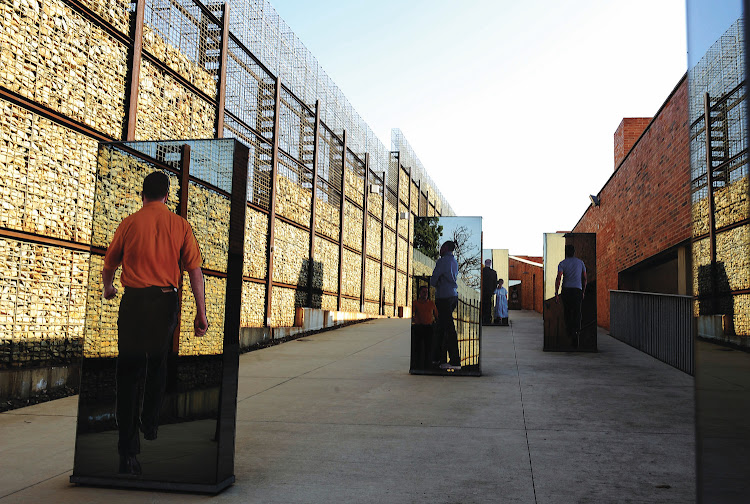 As much as cultural institutions might grapple with their collections and curators might find them frustrating, perhaps one thing that is clear is the ongoing value of interacting with cultural objects and engaging with the ways that they resist and complicate all narratives.

“The object remains whatever the object might be,” he says. “And we are creatures of what we’ve created.”

Janse van Rensburg notes that it is very important for institutions like Zeitz Mocaa to see themselves as part of a larger art ecosystem. Understanding that they are not exceptional is crucial to their success.

Ode to joy: Eight feel-good artworks to make you happy