We share some examples of exercises that work specific movement patterns 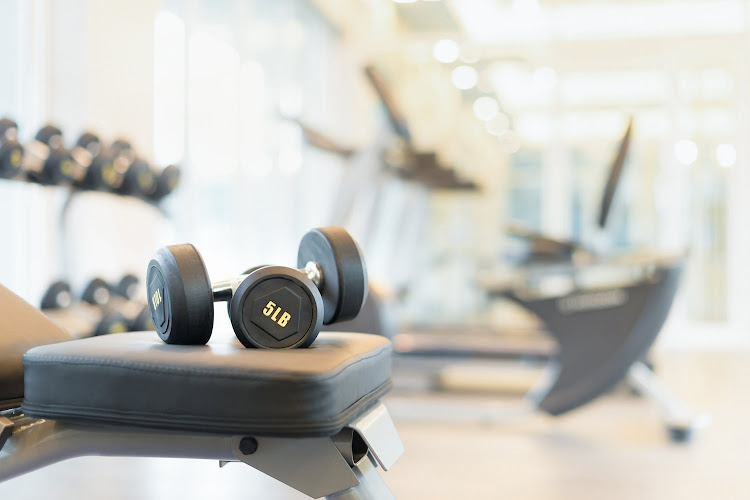 In the past, the motivation was usually around wanting to look a certain way, which is why weights sections or resistance training sections were predominantly populated by males. Luckily, this is no longer the case, and we can thank influencers and popular modes of training such as CrossFit and Bootcamp. Just like we have learnt that low-fat food isn’t the panacea we were led to believe it was, we also know that weight training, or resistance training of any sort, is not the preserve of men.

It won’t just make you big and bulky — that requires a lot of hard work and excessive amounts of food, genetics notwithstanding, and, often, a host of gym supplements or even pharmaceuticals. But we don’t have to have that discussion any more because more and more people have accepted that strength training is fantastic for fat loss and has a host of other benefits, such as increased bone density, improved posture, better sleep and much more.

The best way to enjoy real results is to work with a qualified trainer. By qualified trainer, one generally means someone who assesses your current fitness, your mobility, experience in a gym, your lifestyle, understands your underlying issues and comorbidities, and then designs a programme specifically tailored for you.

If you’re exercising all the time and not losing weight, perhaps its time to ask why
Wellness
4 months ago

It doesn’t mean someone who puts you on a lat pulldown machine and tells you to do 10 while checking their Instagram feed. It doesn’t mean the trainer who makes you do exactly what they make everyone else do, because it’s all they know.

However, some people are adamant that they want to exercise without a trainer. In those instances, it would still be wise to see someone until you have learnt how to perform the exercises properly and safely. This goes far beyond watching what everyone else does, because in a commercial gym setting you’d be surprised how many people get it wrong.

It’s easy to notice someone who walks into a gym without a plan — they wander around aimlessly, try out one or two machines and stroll over to the treadmill or stationary bikes. The gym culture is to blame for making it an intimidating place.

On the other hand, simply mimicking the 22-year-old university rugby player is futile. A middle-aged woman or man whose primary goal is to become fit, strong, lose weight and improve their posture will gain very little in doing 15 drop sets and supersets on “arm day”.

About a decade or more ago, functional training became a buzzword locally, which coincided with the rapid surge in CrossFit boxes. That was a bit ironic because, while there were and still are fantastic boxes run by highly qualified and experienced coaches, there were a few bad apples that would have middle-aged people with spinal and other problems do the most ludicrous things. It still happens — a chiropractor friend says her practice is inundated by CrossFit injuries to middle-aged women and men. Mind you, anything that resembles anything functional — such as overhead presses, dead lift variations or jumps — is called CrossFit by people who don’t train. That’s very annoying.

Back to the point, there are some fundamentals of functional training that can be carried over to the average person when they decide how and when to exercise. Remember, I advocate the use of a trainer, but if you have been with a trainer before and are sure you know how to perform exercises, then approaching your programme design this way would go a long way towards ensuring you don’t copy the wrong people and develop imbalances or waste time doing silly things.

It requires changing how you see exercise. You no longer go into a gym to train muscles. Instead you work movement patterns.

You have upper body push, which is horizontal and vertical; upper body pull, which is horizontal and vertical; lower body quad dominant, which could fit in with push days; lower body hip dominant, which could fit in with pull days; and lower body split stance movements, which are lunges and will use both your lower push and pull muscles. Most of these activate the core. Functional core training includes a variety of planks, while functional trainers will often include compound movements that take the body through the transverse plane, lateral plane and frontal plane.

You now have a plan. Instead of wandering around the gym looking for chest machines, back machines or arm machines, you can choose to exercise pull one day, push another, and lower body (hip, quad and lunge) on the third, before taking a day or two off. Or, you could do upper push and quad dominant exercises on one day and upper pull and hip dominant exercises on another before resting again.

Here are some examples of exercises that work specific movement patterns:

Bent over rows or dumbbell rows

Rotating plan (only if you can)

This plan is not superior to other types of programmes — it is a different modality for you to try. You may just love it. If you are a bodybuilder, it’s probably not right for you.

However, thinking about movement patterns as opposed to muscles and 100 exercises for each muscle alleviates a lot of uncertainty for most people whose aim is to become stronger and move better. This way, when you walk into a gym, at least you have a plan. You might just love it — remember, you must learn how to do exercises properly. A squat is a wonderful exercise if performed correctly and dangerous if performed poorly.

So many supplements to choose from but what should you take?

Do supplements do their job as promised or do they just become expensive urine?
Wellness
3 months ago

There is huge value in making function your goal, not form

Fitness and strength, and not weight loss, appear to be vitally important in lowering the risk of poor health
Wellness
3 months ago

Our bodies are irritatingly efficient, but that can be made into an advantage

When we exercise, the body will do what it needs to do to make sure that the uncomfortable experience is never as uncomfortable again
Wellness
3 months ago
Next Article
© Wanted 2022 - If you would like to reproduce this article please email us.