There is huge value in making function your goal, not form

Fitness and strength, and not weight loss, appear to be vitally important in lowering the risk of poor health 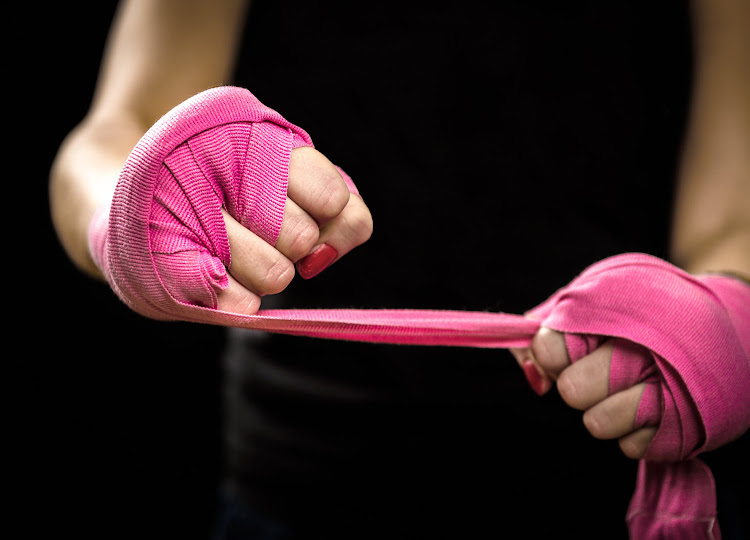 Tyson Fury knocked out Deontay Wilder in the third fight of an epic boxing trilogy that had no shortage of knockdowns over all three matches.

The result? One man sits atop the heavyweight boxing throne. Yes, there’s the not-so-small matter of Oleksandr Usyk who unceremoniously put paid to Anthony Joshua’s claims to be the baddest man in boxing. But, to be frank, his prospects don’t look all that good against Fury.

What’s the relevance of all this? Do yourself a favour and look at the physiques of Joshua, Usyk and Wilder. These guys are the epitome of ripped muscle. Walking down the street any one of those men would strike fear into the hearts of someone who fancied a rumble, and envy into the rest.

Fury is different. Fury is far more like what we’d see on the banks of an SA dam during fishing season. Make no mistake, the man is a giant, standing at 2.06m and weighing in the region of 125kg. While he certainly does not look “bad” for an average Joe, his physique hardly screams “athlete”.

But does that matter? Previously he was accused of lacking knockout power. He put Deontay Wilder, the man with the famed heaviest punch in boxing, on the canvas more times than the Bronze Bomber would care to remember.

If you’re exercising all the time and not losing weight, perhaps its time to ask why
Wellness
9 months ago

However, what stood out most in the last fight was his conditioning. He was knocked down twice by Wilder. In at least one of those instances, he was in orbit, probably somewhere between Mercury and Venus, before he even hit the canvas. Miraculously — and most probably because he comes from Irish gypsy stock — he got up twice. As the fight wore on, he showed more in the tank than the far more athletically built Wilder.

Does this mean the dad bod can generally be lethal? You can become fitter and stronger without losing weight, yes. Beyond that, fitness and strength, and not weight loss, appear to be vitally important in lowering the risk of poor health.

A recent study, which analysed the results of hundreds of studies on weight loss and exercise in both men and women found that obese people tend to lower their risks of heart disease and premature death more when they gain fitness than by targeting weight loss alone by dieting.

Of particular interest, this finding may well plot a new course for those that struggle to lose weight but need to change their lifestyles to improve their health.

In the study “Obesity treatment: Weight loss versus increasing fitness and physical activity for reducing health risks”, which was published on September 20, the authors write: “Pragmatically, it may be more prudent to focus on PA (physical activity) than weight loss. In the Diabetes Prevention Programme … and the Finnish Diabetes Prevention Study (FDPS) … up to twice as many participants were able to achieve the PA recommendation (150 minutes per week in the FDPS) than they were able to achieve the weight loss goal (>7% of initial body weight in the DPP; >5% body weight in the FDPS).”

They ask the question whether a weight-neutral paradigm would be fully embraced and whether the increased physical activity could be maintained over the course of a lifetime.

I would argue that the point of understanding studies such as these is not to go in with an all-or-nothing mindset. What stands out as a perhaps a not-so-hidden secret pill, is the recipe to sticking to a programme. After all, how many times have we all started but quit after a few weeks or months?

According to the authors, it is easier to attain performance goals than it is weight loss goals as a primary metric. The theory here would be that achieving this goal is less likely to result in disappointment and frustration and the inevitable falling off the wagon.

If achieving, and eventually surpassing, exercise performance goals leads to more motivation, that would be ground-breaking for those that keep quitting because it is frustrating. I write from personal experience, with various family members who’ve spent their lives damaging themselves with yo-yo dieting.

It wouldn’t be too far-fetched to imagine a scenario where sustained exercise and a generally cleaner diet results in weight loss too, and the reduction of body measurements that signify risks for diabetes and other so-called lifestyle diseases.

Fury, as he looks now, is half the man he was about four years ago — he had ballooned up to unhealthy and unsustainable body fat levels, tipping the scales at 180kg. His pursuit of function — in his case, boxing — has seen him slim down and summit the sporting world.

Similarly, if we can take anything from Fury and the authors of the study, it’s that there’s immense value in making function your goal as opposed to form.

Ask: “Can I walk or run further and faster?”, instead of “how do I look in the mirror?” Wellness, and fitness, should not be about body shaming — of others or ourselves; it should be about adopting healthy habits that will be likely to benefit us in years to come.

Why do we so easily get sucked into the belief that ‘nature’ is inherently pure and that anything humans develop is, by extension, impure?
Wellness
9 months ago

Our lifestyles — including diet, smoking, sleep, dental hygiene and more — play a huge role in the levels of inflammation in our bodies
Wellness
9 months ago

Exercise alone will only take fat, or weight, loss efforts so far
Wellness
9 months ago
Next Article
© Wanted 2022 - If you would like to reproduce this article please email us.