The quest for balance and harmony 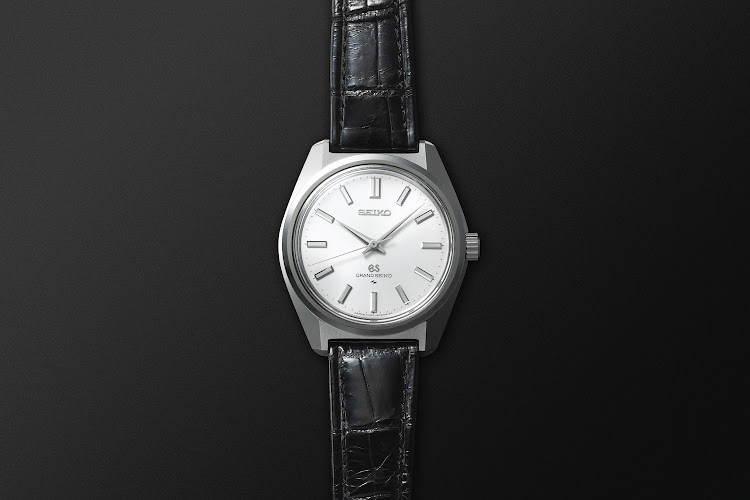 Japanese artisans tend to be renowned for their pursuit of harmony and order, and their love of natural beauty. Grand Seiko timepieces are exemplary examples of this life philosophy. With its characteristic pared-back “Grand Seiko Style” design codes — first defined by the model 44GS in 1967 — and a samurai-sword-like focus on quality and precision, this is a brand that resonates with a world seeking to restore balance.

At the time, the 44GS was recognised for achieving the highest level of accuracy of any manually wound five-beat watch in the world. The same year, Grand Seiko released the 62GS, featuring its first automatic movement, and in 1968 its first automatic Hi-Beat 36000 or 10-beat 61GS. With a 10-beat movement, the balance wheel that controls the accuracy of the mechanical watch oscillates 10 times per second. This is equivalent to 36 000 oscillations per hour (or vibrations per hour), which earns it the name “Hi-Beat 36000”. Most movements beat at a rate of 21 600 oscillations per hour (six per second) to 28 800 per hour (eight per second).

Moments in time at the GPHG awards

Before 2010, you would have had to travel to Japan if you wanted to acquire a watch from this luxury sub-brand created by Seiko in 1960, distinguished by the “GS” secondary logo on dials. The rarity of these models also contributed to the brand’s huge global cult status. In 2017, Grand Seiko became an independent brand of Seiko, which has been making watches for 140 years. Combining heritage with a powerful contemporary feel, the Grand Seiko Hi-Beat 36000 80 Hours was last year’s winner of the prestigious Grand Prix d’Horlogerie de Genève (GPHG) “Men’s Watch Prize”. 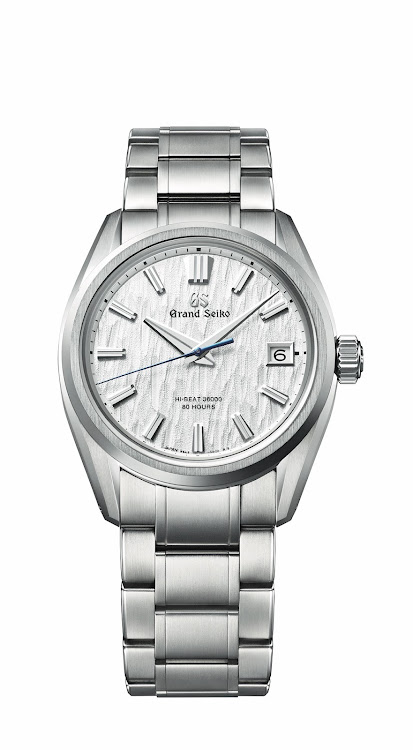 It features the Hi-Beat 36000 Caliber 9SA5 mechanical movement, which is an evolution of the 9S series first introduced in 1990. The 9S was also the first Grand Seiko movement to be submitted to and pass the official Swiss COSC chronometer testing, adding to the already highly regarded rigorous testing conducted by Grand Seiko internally. The revolutionary Caliber 9SA5 has a precision rate of +5 to -3 seconds a day and an impressive power reserve of 80 hours. The crisp dial of the 80 Hours is inspired by the beautiful white-birch forests near the Grand Seiko Studio Shizukuishi in northern Japan.

Joining the Heritage Collection this year is the Hi-Beat 36000 GMT 44GS 55th Anniversary Limited Edition of only 1 200 numbered pieces. This 30% lighter-weight titanium edition has a white dial with a soft sheen as an update to the 2014 GPHG prize-winning stainless-steel GMT, which received the “Petite Aiguille” award for exceptional design and everyday wearability at an accessible price.

A mechanical GMT watch has always been a handy tool for those with global pursuits, because the lights will eventually go out. The edition is powered by the Hi-Beat GMT Caliber 9S86 automatic movement, designed, made, and tested in Shizukuishi, where all Grand Seiko mechanical watches are assembled by hand. The calibre has an accuracy of +5 to -3 seconds a day and a power reserve of 55 hours. The GMT hand is adjustable independently of the primary hour hand, with a second time zone read off the 24-hour inner bezel ring. The hour, minute, and GMT hands are detailed with Lumibrite and the dual-curved sapphire crystal has an anti-reflective coating on its inner surface. 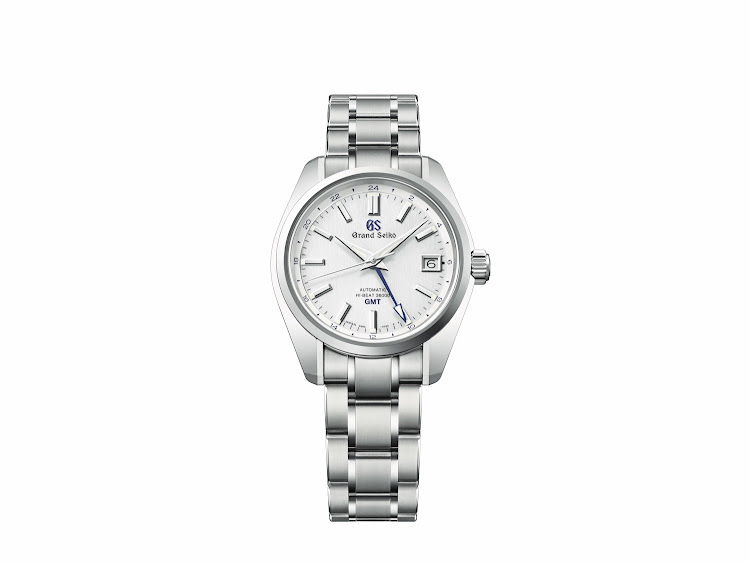 The Caliber 9S86 is built on the Hi-Beat 9S85 platform that has been in use since 2009. This higher frequency means that the watch will deliver a higher rate of accuracy, but usually also means greater wear on components. To counteract this, Seiko uses its special Spron 610 alloy for the balance springs, which also provides greater resistance to magnetism and shock.

This weekend, take your seats and get your chronographs ready for some exhilarating action at the Rolex 24 at Daytona
Watches & Jewellery
3 months ago