Patek Philippe's In-Line Perpetual Calendar is a wonder at work

An elegant mastering of the perpetual calendar complication 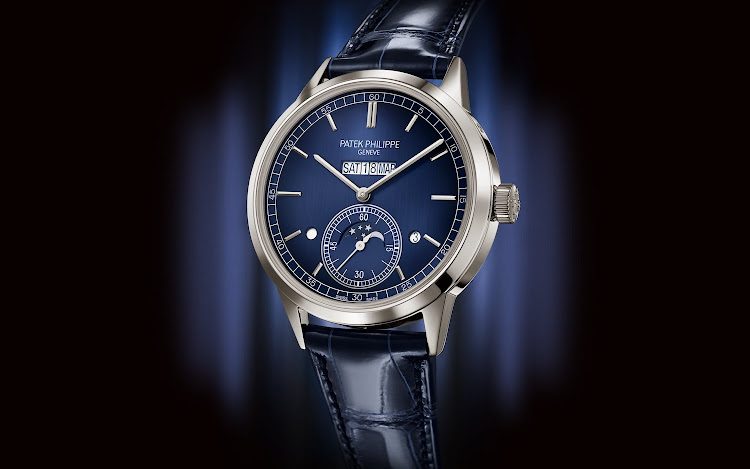 Whether linear or cyclical, or a combination of both — we all have our views on the nature and meaning of time. And, even if our relationship with time has shifted over the past year, the little instruments beating gently on our wrists are a perpetual reminder of our centuries-long quest to make sense of the universe and the world around us.

This is particularly true of grand complications such as perpetual calendars, or the phases of the moon and its various cycles. Linear time and an obsession with accurate measurement are an integral part of modern life, and most likely began when Pope Gregory XIII introduced the Gregorian calendar in 1582 to correct the shortcomings of the Julian calendar. It accounted for the discrepancy of five hours, 49 minutes and 16 seconds between the calendar year and solar year (the time it takes the Earth to orbit the sun) by adding 29 February once every four years.

To accomplish the mighty feat of making a watch complication that accommodates 29 February in leap years as well as months with 31, 30, and 28 days, a movement requires a highly sophisticated mechanical “memory” of four years. This is where Patek Philippe shines as the unrivalled master of the calendar complication. While the earliest-known watch with a perpetual calendar was made in 1762 by English horologist Thomas Mudge, Patek made the first wristwatch to feature this most intricate and sophisticated of complications. The unique Patek No. 97'975 was made in 1925 and, along with that Mudge watch — acquired by Patek in 2016 — is now on display at its museum in Geneva.

Switching instantaneously, elements of the calendar are displayed around the white enamel dial of the No. 97'975: the day at 12 o’clock, the analogue date on the outer ring, and the month at 6 o’clock. The moon-phase and moon-age indications are at 3 o’clock. Patek also created the first retrograde perpetual calendar wristwatch in 1937, and the first series-produced perpetual calendar wristwatch in 1941 with the legendary reference 1526.

In 1962 the Ref. 3448 became the first self-winding perpetual calendar. Such grand accomplishments in watchmaking are often expressed through the simplest, most elegant dial designs, where the high art of their mechanical hearts is only revealed by opening them up or through a crystal case back. In another first, this year Patek revealed the In-Line Perpetual Calendar Ref. 5236P-001 with its day, date, and month displayed on a single line. 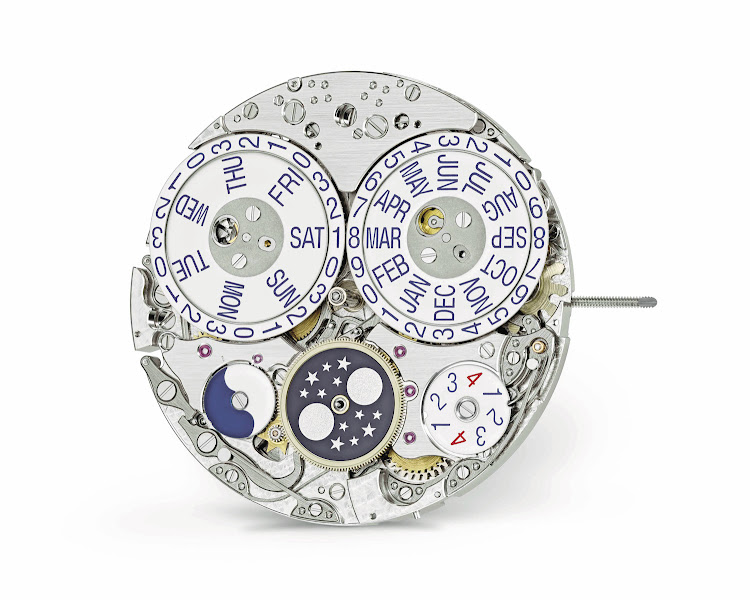 On the surface, it’s an unassuming design with a deep blue dial with black-gradient rim and vertical satin finishing. Yet within its 41.3mm by 11.07mm platinum case is a wonder at work: the new ultra-thin self-winding mechanical calibre 31-260 PS QL with several new patents, including the calendar display with four coplanar rotating disks. This “panoramic” aperture is not entirely new, first appearing in 1972 when Patek produced the Lépine pocket watch with in-line display for the American market.

The new movement is also based on the calibre 31-260 REG QA, originally launched in 2011 in the Annual Calendar Regulator Ref. 5235 — from which the Ref. 5236P-001 also takes its aesthetic cues. But with its new module, the In-Line Perpetual Calendar is quite exceptional, requiring an extra 118 parts compared to a conventional perpetual calendar display to accommodate the leap year and day/night indication apertures, small seconds, and moon phases. And, while it is performing all these functions, let’s not forget that this is a tiny mechanical machine at work, not a supercomputer. 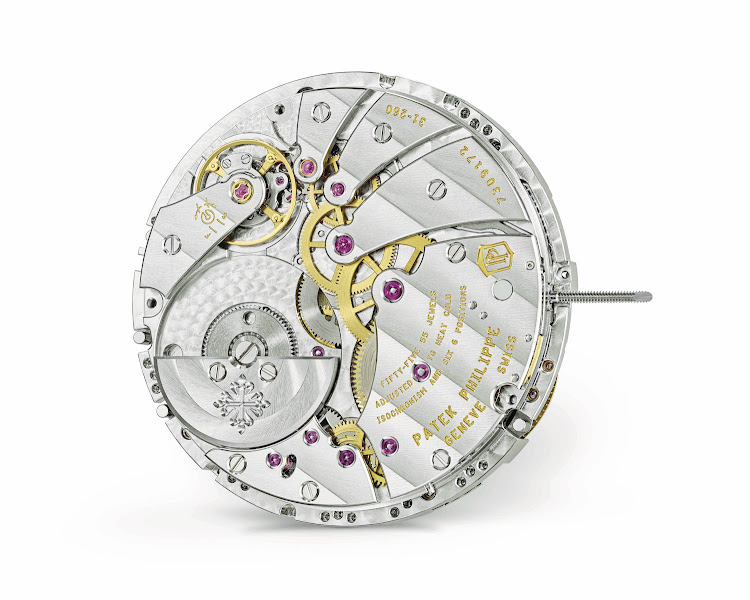 The extra parts include several bridges that are fanned out and visible in meticulous detail through the case back, and wheels with jewel bearings that reduce energy consumption. The off-centre mini-rotor is made of platinum to enhance its winding power, facilitating 38-48 hours of power reserve.

On the dial, baton-style hands in white gold read the time off slender applied-gold hour markers and a railroad minute track. Two small apertures at 4 and 8 o’clock indicate the leap-year cycle and day/night respectively: useful information when setting the calendar. The moon phases are tracked with precision in a window within the seconds sub dial at 6 o’clock. Three correctors for day, date, and month are recessed in the case flank between 9 and 2 o’clock, and the moon phase corrector at 8 o’clock. The case is hand polished and features a diamond at 6 o’clock. The sloping lugs continue the momentum of the bevelled bezel and secure an alligator strap in navy blue to match the dial.

If you can get your hands on a Rolex this Christmas, it won’t just give you bragging rights, it’ll be a hedge against common prosperity too
Watches & Jewellery
1 month ago

Breitling’s homage to the battle in the skies