Jewel of the future: Natural moissanite

Naturally, moissanite is created via the intense pressure of a meteor smashing into the Earth 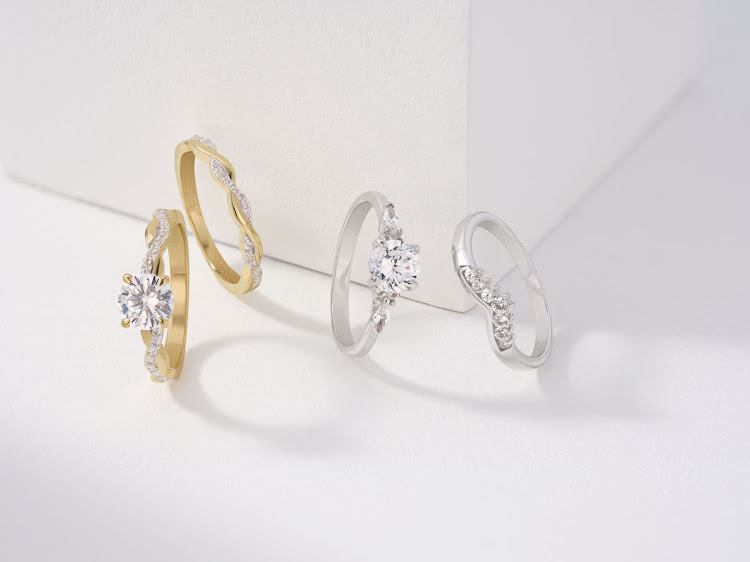 Due to moissanite’s beauty, durability and perennial brilliance, they’re an excellent choice and offer value if you’re shopping for an engagement ring.
Image: Supplied/American Swiss

Hailed as “the jewel of the future”, natural moissanite is created in the wake of a meteorite strike. Being the rarest of the rare, scientists replicate it in a laboratory so we can enjoy its remarkable beauty. Due to its high refractive index, moissanite is literally the world’s most brilliant gemstone.

While a diamond consists of carbon atoms only, moissanite is made of silica and carbon. This makes it the second-hardest substance in the world, after diamonds which are the hardest. However, moissanite really shines in the sparkle department. Due to its high refractive index, it’s the world’s most brilliant gemstone with a distinctive, coloured sparkle that resembles a firework.

Naturally, moissanite is created via the intense pressure of a meteor smashing into the Earth. Due to the rare nature of this cosmic event, the moissanite used in jewellery is typically replicated by scientists in a laboratory via a thermal growing process using silicon carbide. It’s then cut by hand in a way that maximises its extraordinary sparkle.

As they’re created in a laboratory rather than mined, they tread lightly on the planet, and the origin of the stone can be guaranteed. Manufacturers can also ensure the stone’s clarity is of a higher grade — unlike natural diamonds, where clarity varies. Due to moissanite’s beauty, durability and perennial brilliance, they’re an excellent choice and offer value if you’re shopping for an engagement ring.

The rise of the lab-grown diamond collection: What you need to know

SPONSORED | All lab-grown diamonds of 0.05ct or larger are independently certified to guarantee the quality and authenticity you expect from American ...
Watches & Jewellery
8 months ago

A BRIEF HISTORY OF AN OTHERWORLDLY STONE

In 1893, when Nobel prize-winning French chemist Henri Moissan visited the site of a giant meteor crash in Arizona, his intention was to pick up a few geological samples. What he didn’t expect was to find was a crater with an otherworldly sparkle. Due to the intense pressure of the meteorite’s impact, its chemical components — silicon and carbon — had crystallised to form a new mineral, silicon carbide.

Today, we know this rare and precious substance as moissanite, named after the man who discovered it. Thanks to cutting-edge innovation, scientists can now replicate the conditions required to create moissanite with the exact same chemical composition of those you’d find in the earth. Better yet, the gemstone is then carefully cut by hand in an exacting manner that enhances its natural brilliance even further. What was once the result of a rare cosmic event is now the world’s most radiant gem and something to be enjoyed by many.

ALL YOUR QUESTIONS ANSWERED

Are moissanites graded according to the four Cs?

No. While they might look like diamonds, moissanite has a slightly different chemical composition that makes it a different jewel. As such, they’re not graded using the diamond system. However, American Swiss's moissanite supplier is regarded as one of the best in the world so you’ll only ever be buying the finest lab-grown gemstone that is best in quality and price.

Are moissanites measured by carat weight?

Will moissanite scratch, break or lose its brilliance over time?

Definitely not. With a hardness of 9.25 on the Mohs scale, moissanite is the second-hardest substance on earth, only outdone by diamonds that have a hardness of 10. Aside from being extremely tough and resistant to scratching, moissanite will never change colour, become cloudy or lose its magnificent shine.

How should I care for my moissanite jewellery?

You can clean moissanite the same way you would a diamond or any other fine gemstone. While an ultrasonic cleaner can be used, it’s best to take a gentle approach to taking care of your precious pieces. Clean your moissanite using a non-acid based commercial jewellery cleaner or with mild soap, a little water and a soft toothbrush.

SPONSORED | Hand-set. Expertly crafted. Each piece is a work of art
Watches & Jewellery
1 year ago

SPONSORED | American Swiss launches new diamond and gold collection, including the sophisticated glamour of black diamonds and the classic allure of ...
Watches & Jewellery
3 years ago

* This article was paid for by American Swiss.