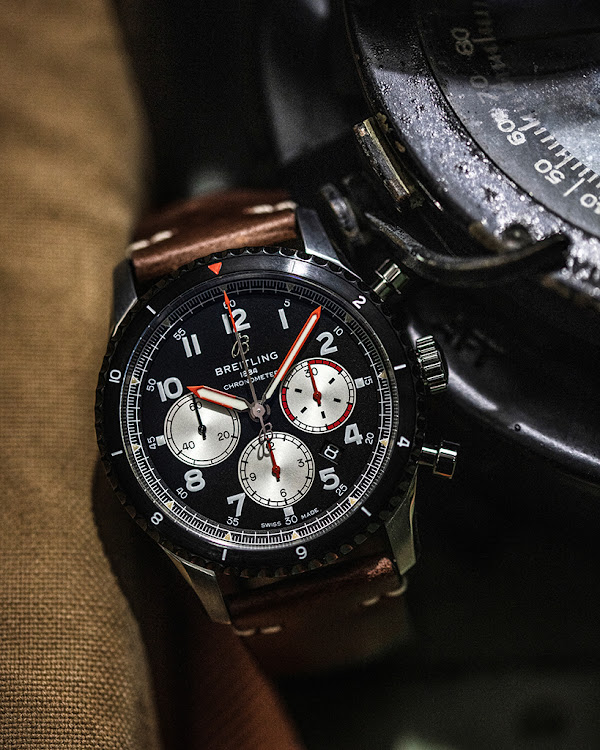 At the Breitling Summit held in Dubai last week, I was able to experience firsthand the lineup of exciting new pieces which represent their more modern approach to design and tighter curation of the collections, while still reinforcing the aviation history at the core of the brand’s DNA.

Implemented by CEO and shareholder Georges Kern during the first 18 months of his new tenure, this is highlighted in the redesigned Avenger pilot's watches and a special edition Aviator 8 model. These were presented alongside three new ambassadors in the “Aviation Pioneers Squad” as part of the brand’s #squadonamission campaign, made up of outstanding individuals who represent different disciplines, from different generations, but all defining the new age of aviation adventure. They include astronaut Scott Kelly, female fighter-jet pilot Rocío González Torres and 19-year-old Drone Champions League multiple world champion Luke Bannister.

Breitling is the leading manufacturer of pilot’s watches but had for many years been stuck in the Top Gun era represented by those tired adverts featuring John Travolta. Reflecting on the aviation history of the brand, which dates back to the 1930s, Kern says there is no other brand with as much history and legitimacy in the sector. “The ‘8’ in the Navitimer 8 and Aviator 8 collections is derived from the eight-day power reserve that was a standard for cockpit clocks and also references the ‘Huit Aviation’ atelier, or ‘Atelier 8’ in Switzerland, established in 1938 to focus on cockpit instruments and watches for its main client the British RAF.”

Breitling’s heritage pilot’s watches are deeply rooted in the work of this famous atelier, most strikingly in the design codes of the original 765 AVI. Last year, Breitling introduced the Avenger 8 collection, their pioneer pilot’s watch with its modern-retro design. They added two special Aviator 8 models inspired by the shark-mouth nose art of the iconic Curtiss p-40 Warhawk fighter plane. 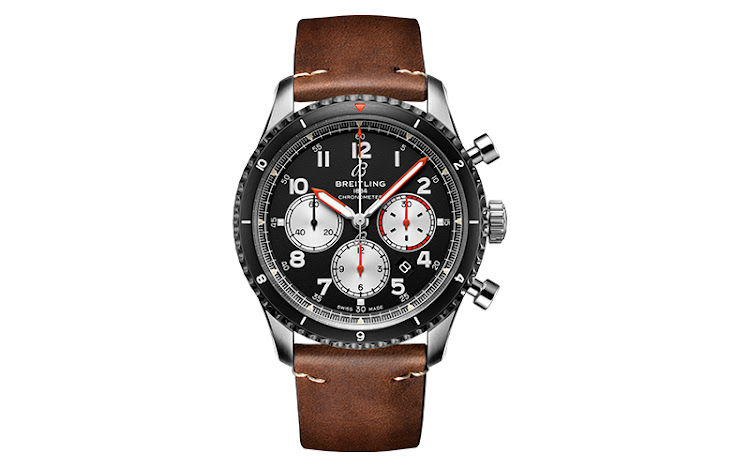 Joining the collection this year is the striking Aviator 8 B01 Chronograph 43 Mosquito, which honours the British De Havilland aircraft whose lightweight wooden construction made it one of the fastest planes of World War 2. Let’s be very clear this is a celebration of design and mechanical excellence and not of war of any sort.

Created in partnership with the De Havilland Aircraft Museum – the UK’s oldest aviation museum – and its curator Alistair Hodgson, the design codes and colour scheme of this watch are inspired by the night-flight version of “the aircraft that won the war”.

Its 43mm stainless steel case is presented with a satin-brushed black DLC-coated stainless steel bezel, with white numerals, and a black dial with contrasting silver chronograph counters. It is powered by the in-house Manufacture Caliber 01 movement. The red and orange dial accents recall the military roundels and markings on the fuselage of the Mosquito. A brown leather strap completes the retro appeal of this heritage-inspired piece.

Of the three airline-inspired watches Breitling has released to celebrate the golden era of commercial aviation, the nod to Pan Am is the most ...
Watches & Jewellery
2 years ago

The Classic Fusion is a collection of intricate and considered timepieces, writes Gary Cotterell
Watches & Jewellery
2 years ago

Up-to-the-minute collection is a new take on classic sport watches
Watches & Jewellery
2 years ago
Next Article
© Wanted 2022 - If you would like to reproduce this article please email us.