Diamonds forever: A guide to investing in the volatile jewellery market 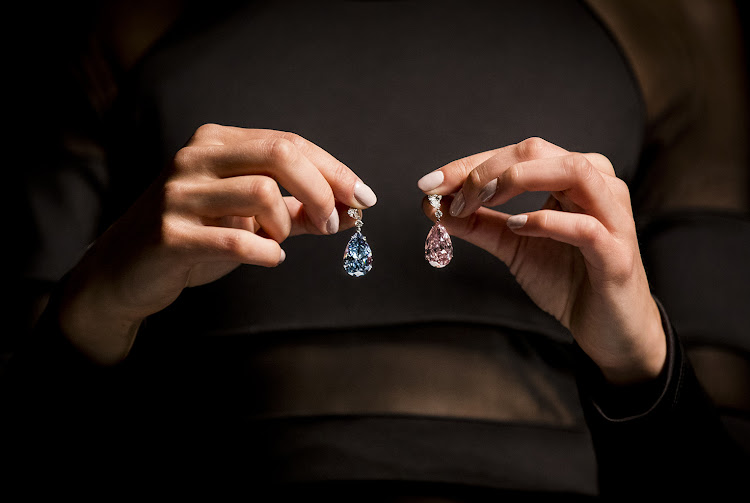 Marilyn Monroe sang that “diamonds are a girl’s best friend”. But if anyone is considering them for investment purposes, the situation is rather more complicated.

In the past two years, a string of blockbuster auctions has pushed the price of the most valuable jewels to new highs. But the volatile, and often opaque, nature of the jewellery market means that while gems can be a good store of value, they are not always a good investment.

“Exceptional diamonds, gemstones, jewels with extraordinary provenance and signed pieces have always been sought after at auction because of their great rarity and beauty,” says Laurence Nicolas, global managing director of jewellery and watches for auction house Sotheby’s. “What has changed in recent years is the increasing prices they achieve.”

In 2017, global demand for diamonds hit a record high at $82bn (£64.6bn), according to diamond miner De Beers’ annual industry report, up from $80bn in 2016. Over the previous decade, performance of jewellery assets outstripped that of New York real estate, gold and US equities, according to Knight Frank’s Luxury Investment Index.

Last year, however, the jewellery segment of the index fell by 5 per cent, according to the property consultancy’s 2019 Wealth Report, revealing the volatile nature of the asset class. Global jewellery sales fell to £922m in 2018 — down from £1.1bn in 2017 and £1bn the year before — according to art market website Artnet. This was due to slower global economic growth weighing on demand.

White diamonds are graded on a colour range from D (the whitest) to Z. Diamonds that fall outside that range are classed as fancy coloured diamonds and are graded along a different scale, ranging from “faint” (the lightest in colour) to “fancy vivid”. Unlike white diamonds, whose value decreases if they show an obvious colour, fancy diamonds increase in value the stronger their hue.

Fancy diamonds come in every colour including the rarest and most sought after: red, green, pink and blue. Only one in 10,000 diamonds has a fancy colour, according to diamond grading laboratory GIA.

“Exceptional coloured diamonds have seen an especially pronounced growth trend in the last five to eight years,” says Ms Nicolas. She believes that is due to increased appreciation of “just how rare the finest examples of these stones are”.

“This, combined with the fact that there are more and more connoisseurs around the world competing for these diamonds, especially in Asia, drives the prices up,” she says.

In April 2017 the CTF Pink Star, a 59.6-carat fancy vivid pink diamond, became the world’s most expensive gem sold at auction when Hong Kong jewellery company Chow Tai Fook bought it for $71.2m (£55.4m). Last November the 19-carat Pink Legacy diamond set a new record price per carat for pink diamonds at auction in Geneva when it sold for £38.5m, or about £2m per carat, to US jeweller Harry Winston. 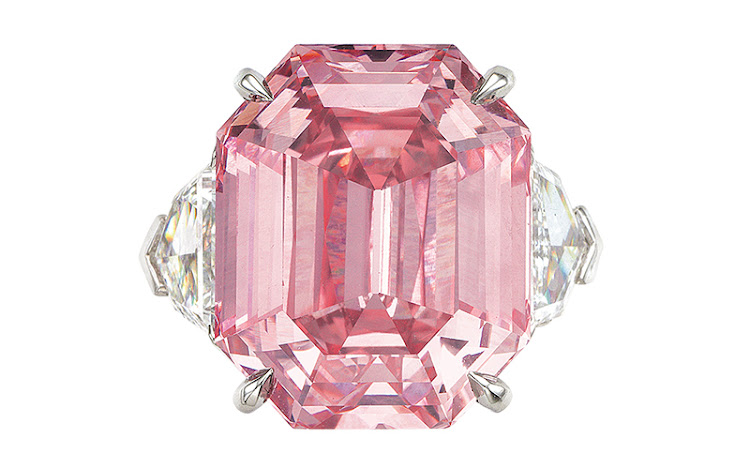 But diamond prices can swing wildly depending on factors including colour, consumer tastes and what others are willing to pay. This makes them difficult assets to invest in.

“The rarest diamonds (such as these fancy colours, the largest diamonds, or those with particularly interesting histories), present less of a challenge for potential investors who aren’t diamond experts,” says one executive at a major jewellery house who wanted to remain anonymous. “The challenge with diamond investment outside of this is that diamonds are a non-homogenous product.”

Unlike gold, for example, diamonds do not have a standard price per carat. The value of each stone is based on a combination of “the four Cs”: carat, colour, clarity and cut. The price of any stone depends on an assessment of its inherent qualities as well as the price and quality of other diamonds in the market. A murky four-carat diamond could attract a lower valuation than a lighter but internally flawless diamond, for example. “It isn’t a straightforward assessment of the value of the investment product,” says the industry executive.

Victorian jewellery is like brown furniture. It just isn’t fashionable at the moment ... But there will be a tipping point when it starts to be recognised for the quality it is

Emily Barber, director of jewellery at auction house Bonhams, says the coloured diamond market is “very complex”. Prices differ depending on the intensity of the colour and the addition of a secondary colour within the stone may also affect the value. A one-carat fancy vivid blue stone is worth almost 10 times more than a one-carat fancy light blue stone, according to the Fancy Colour Research Foundation, a non-profit organisation that promotes transparency in diamond sales.

“The clarity and carat size of the coloured diamond is also a big factor,” adds Ms Barber. “Larger stones command a bigger premium. This is why it’s important to have a certificate from an internationally recognised laboratory stating both the colour and the clarity.”

John Benjamin, an independent jewellery valuer, says even “certificated and fancy colour diamonds are subject to a pricing structure which can be described as truly labyrinthine”.

Investors can try to simplify the process if they want to put their money in diamonds. Some companies offer so-called baskets of diamonds as an investment product. The Singapore Diamond Investment Exchange, the world’s first commodity exchange where diamonds are handed over rather than money, offers investable baskets of GIA laboratory-graded diamonds of identical weight, cut, clarity and colour. These can be invested in similarly to a commodities exchange traded fund.

Outside of diamonds, gemstones are experiencing a boom in popularity. The finest examples of rubies, emeralds and sapphires have enjoyed strong price rises over the past decade, according to Bonhams. It reported a 970 per cent price increase for Kashmir sapphires in the 10 years to July 2018 and a 1,100 per cent rise for certain examples of Burmese rubies. Over the same timeframe, the auctioneers have seen a 1,900 per cent price increase for the most valuable Colombian emeralds.

Such stones have also experienced record-breaking auction sales recently. In June 2017, the 18.04-carat Rockefeller emerald set a new world record per carat, selling for $5.5m with Christie’s in New York. 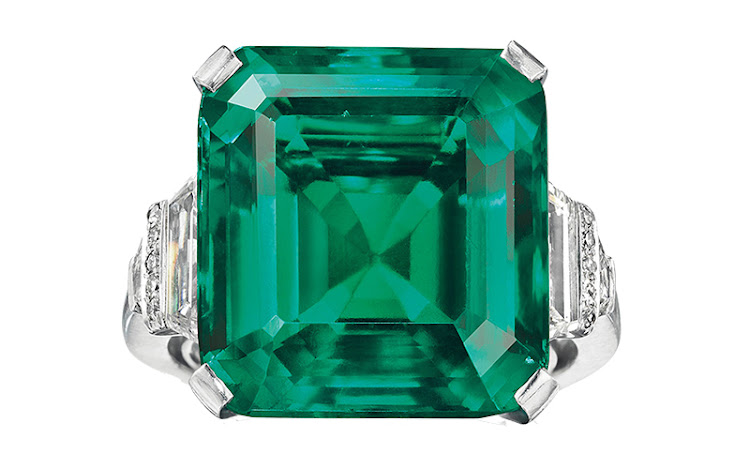 “In the past, things like rubies and sapphires were not appreciated in the same way that they are today,” says Mr Benjamin. “Very fine coloured stones such as greens, blues and reds are at the very top of the market now and sapphires particularly are making record-breaking prices.

“Fine quality rubies, for example, can be more valuable than diamonds of the same size. And in many cases the finest quality gemstones come from mines that are no longer in operation, making them rarer and more sought-after.”

Valuations are based not only on a gemstone’s objective characteristics but on what buyers are willing to pay. This means modern jewellery can be particularly tricky to make money on. “It can be very hard to get your investment back,” says Mr Benjamin. “Modern jewellery can be easily worn and enjoyed but if you sell it on, it is rare you will get the money you paid back.” 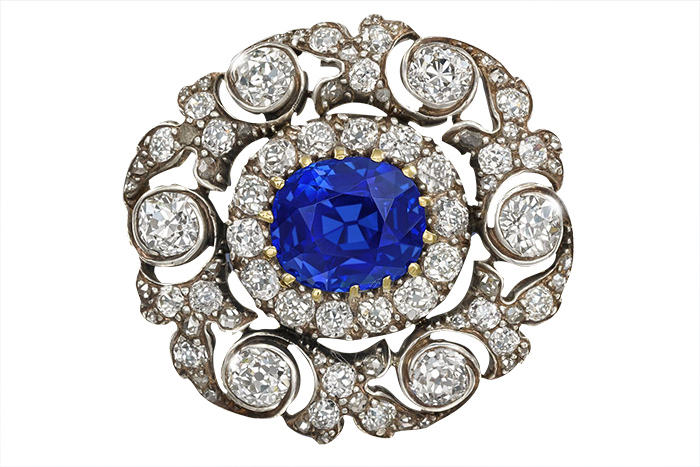 He adds that modern pieces will often only sell for the break-up value of the stones and the value of the precious metal in the setting. “The labour and manufacturing costs are rarely taken into account by buyers when selling new jewellery by all but a very few totemic designers.”

Yet jewellery from certain modern eras can attract higher prices. Art Deco jewellery, from the 1920s and 1930s, and pieces from later decades are currently enjoying a resurgence, according to Bonhams.

“There is a renewed interest in [jewellery from] the 1960s and 1970s,” says Ms Barber, “which tends to be made of strong bold designs in yellow gold and semi-precious gemstones.” She says jewellery by Andrew Grima, widely recognised as one of the founding creators of modern jewellery in Britain, is currently enjoying a renaissance, with values rising accordingly. 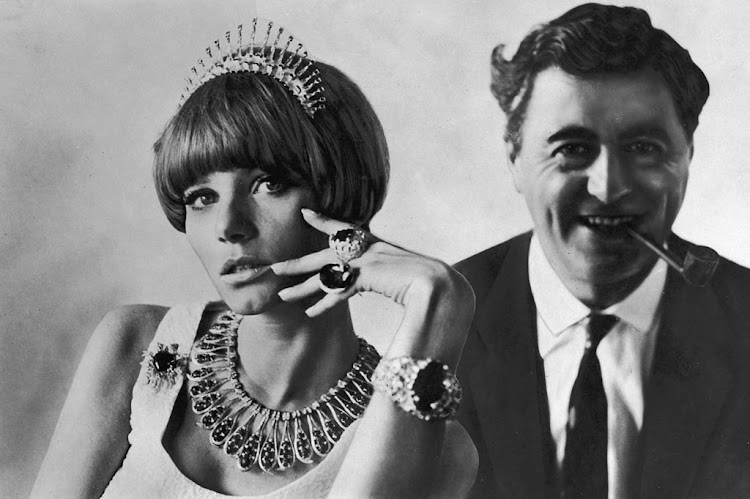 His work “chimes with the modernist spirit in the art and architecture of the 1960s”, she adds. “This was groundbreaking and avant garde.” Bonhams auctioned the largest private collection of Grima jewellery in September 2017, with pieces selling for three times presale estimates, according to Ms Barber.

Post-modern work tends to be “abstract and asymmetrical” and can be “very striking and bold”, according to Mr Benjamin. “It is investment jewellery but the problem is that it has become number one on the must-have list,” he adds. “Everybody wants it and prices have shot through the roof. There is an argument to say the market is too strong for this currently.”

Mr Benjamin believes would-be investors could be better placed buying jewels from less fashionable times, citing Victorian and Georgian-era pieces. “Victorian jewellery is a little like brown furniture. It just isn’t fashionable at the moment — no one wants a mahogany chest of drawers. But there will be a tipping point in future when it starts to be recognised for the quality it is,” he says.

Certain jewels and brands have held their value over time. Names such as Cartier and Van Cleef & Arpels from the 1920s and 1930s are highly prized and have been less subject to the whims of fashion, particularly pieces that are signed, according to those in the industry.

“If you are lucky enough to own a 1910 Cartier brooch, signed, then that has never gone out of fashion,” says Mr Benjamin. “If you had the classic Art Deco diamond clip set with lovely twinkly diamonds, you will have dealers queueing up to buy.” 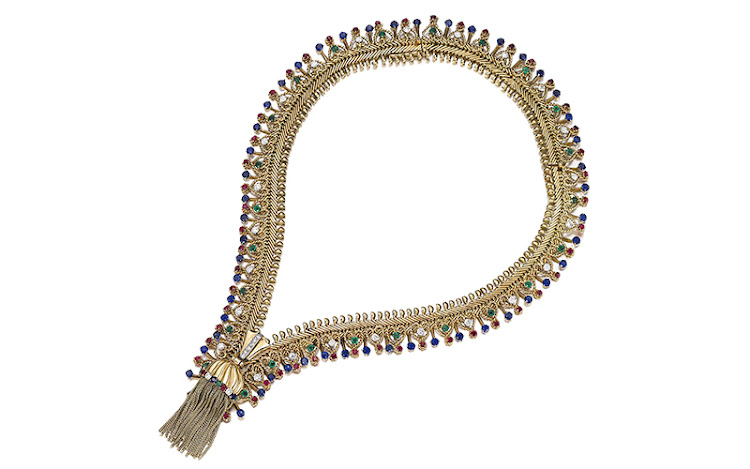 There are several ways for investors to buy or sell jewellery, purchasing it new or taking a chance at auction. But buying in the retail market means accepting very high mark-ups, particularly for rare pieces, and investors are unlikely to see any value uplift for many years. Auction houses offer a broader range of jewels from a vast range of periods but there, too, pricing is not straightforward.

Listing prices are based on what similar jewels are fetching and act as a guide to bidders. But these prices can be far lower than those in shop windows. Auction houses also charge a commission to sellers, which will come out of the final sale price.

Insurance valuations are also not a definite guide to what a piece could sell for. Jewels are insured based on their replacement value, rather than the amount they could fetch at sale. This means the price you are given by an independent valuer employed by an auction house is no guide to whether it could reach that price when you sell, according to Sotheby's.

In the end, experts say people should love the jewellery they buy. “You don’t just buy jewellery to invest in, you buy it because you love and want to wear it,” says Mr Benjamin. “That is particularly important if you might have to wait several years before you can get your money back.”

What exactly is a gemologist? And why does Rolex need one?

The science behind the sparkles
Watches & Jewellery
2 years ago