New editions reveal the renowned expertise of the award-winning manufacturer 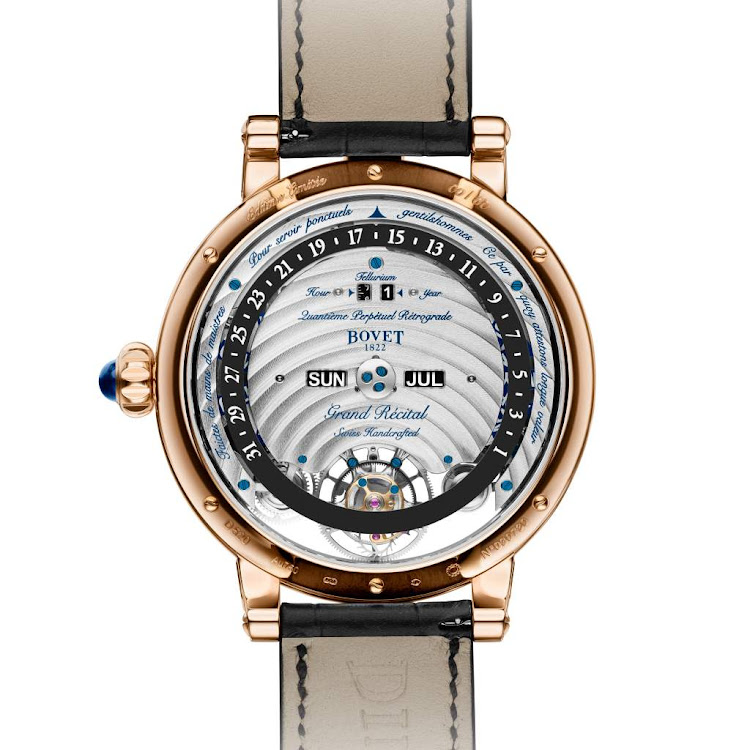 The magnificent 46.3mm rose-gold Bovet Récital 22 Grand Récital was this year’s winner of the Aiguille d’Or Grand Prix, the coveted prize given to the best overall watch among all categories at the prestigious Grand Prix d’Horlogerie de Genève.

The latest editions in the trilogy of celestial timepieces – Récital 18 Shooting Star Tourbillon (2016) and Récital 20 Astérium (2017) – featuring the three heavenly bodies that set the pace of our lives –  sun, Earth and moon – which are observed through a nine-day flying tourbillon, tellurium-orrery (a mechanical model of the solar system) and retrograde perpetual calendar. This extremely intricate piece of haute horlogerie, highlights the 196-year-old manufacturer’s mastery of dial design, decorative movements and high-complications, which have been exposed in all their glory inside elaborate skeletonised cases for more than a century.

The flying tourbillon represents the sun with its gold rays, rotating below the hemispherical Earth, which rotates on its own axis and indicates the hours on a 24-hour cycle. The spherical moon orbits Earth according to the exact length of its synodic period (29.53 days). The introduction of a pusher between the upper lugs allows for the convenient, simultaneous adjustment of all the functions by the privileged owner of one of these limited-edition (of 60) Récital 22 Grand Récital, which will set you back about R6,8-million. The double-sided flying tourbillon regulates the complex calibre, which has an impressive power reserve of more than nine days. 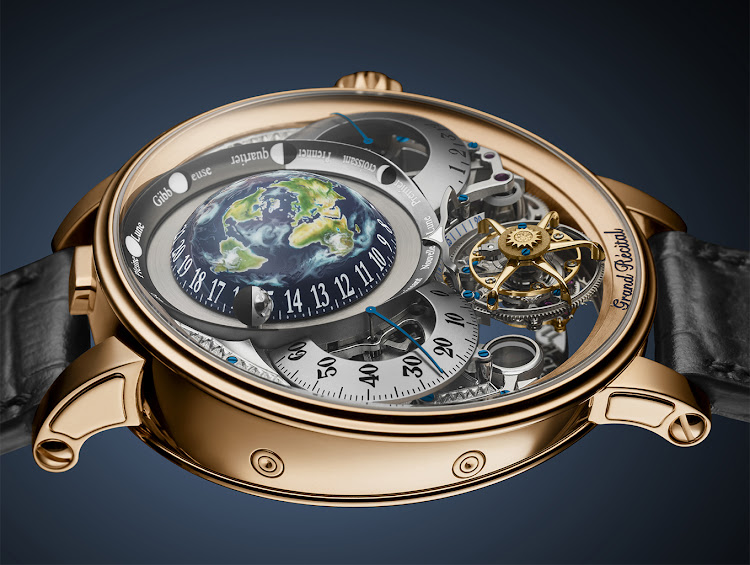 The worlds of motoring and horology have a long collaborative history, especially when it comes to recording lap times on the racetrack. Anyone who knows a bit about car design would have heard of Pininfarina, the coach builder and car design studio responsible for some of the most iconic marques. In 88 years, the studio has been commissioned to add their unique Italian flare to hundreds of custom, concept and commercial vehicles, which include the Corvette Rondine, Alfa Romeo Spider, Fiat Dino Spider, Ferrari 250GT Berlinetta Lusso, Ferrari 275GTB, Ferrari Testarossa, Volvo C70 and Maserati Quattroporte, to name but a few. 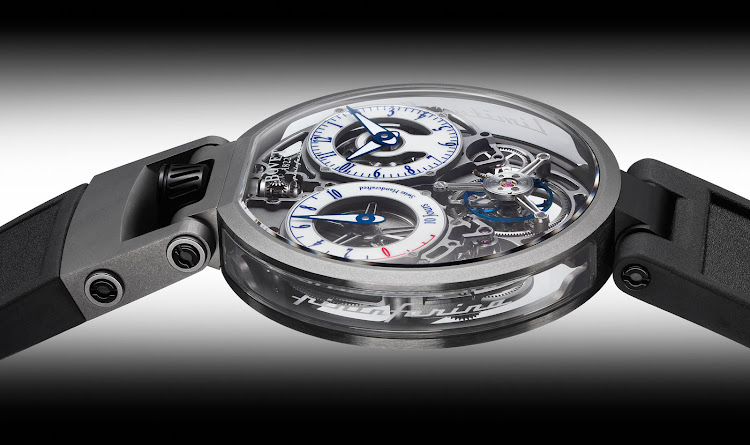 The relationship between these two companies began in 2008 when Bovet owner Pascal Raffy and Paolo Pininfarina together conceived the bold Ottanta Tourbillon to celebrate Pininfarina’s 80th anniversary in 2010. (Ottanta means 80 in Italian.) Their relationship has given birth to six special editions since then with the 44mm OttantaSei Tourbillon, launched last year, being much lighter looking and even more revealing of its calibre 17BM03 hand-wound movement. Like other models, it references some of Bovet’s 19th century pocket watches, with the crown positioned between the upper lugs. Limited to 86 pieces made in celebration of the company’s anniversary in 2016 (ottantasei is Italian for 86), it was announced recently that 10 of these would be presented in platinum. 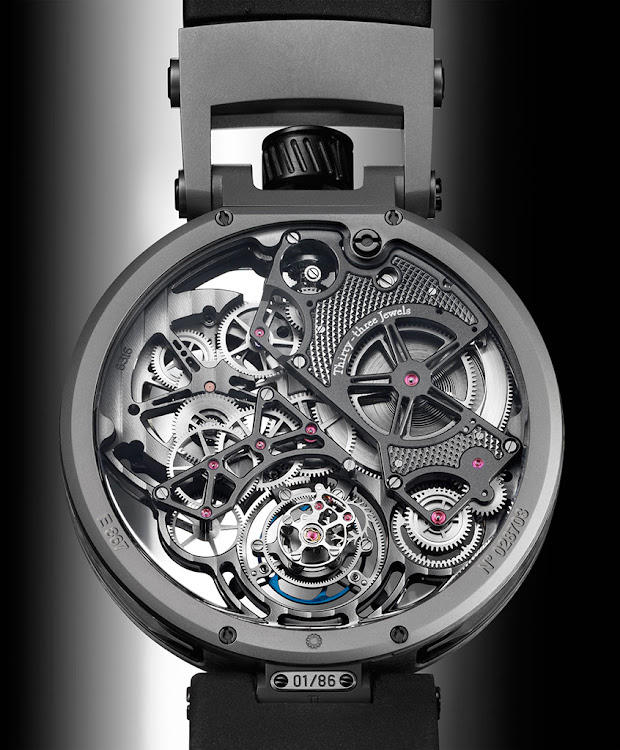 Movement and case are read as a single entity, and although its more steampunk aesthetic seems to fit with previous models in the series, it is not quite what you’d expect from a company renowned for its cutting-edge, sporty car designs. Raffy and Pininfarina’s shared love of beautiful mechanics is, however, showcased from every angle of its spectacular case design, including the sapphire crystals encircling the middle. The symmetry of its unique face was achieved by giving equal prominence to the energy display, time display and the patented double-sided flying tourbillon. A single barrel keeps the double-sided flying tourbillon revolving, with a power reserve of more than 10 days. The refined architecture of the tourbillon increases both accuracy and transparency.

The prestigious awards took place earlier this month with over half the winning watches made by young independents. Gary Cotterell highlights eight...
Watches & Jewellery
2 years ago

From haute horlogerie to limited editions: seven watch trends of 2018

With water-resistance to a depth of 220m this sporty timepiece is ready for some beach action this summer
Watches & Jewellery
2 years ago
Next Article
© Wanted 2021 - If you would like to reproduce this article please email us.

Going for gold with the Omega Seamaster Aqua Terra ...

Cartier raises design to the rank of culture with ...