The common perception of Seiko is that it’s a relatively young company. Known to most as a modern watchmaker that invented a host of hi-tech timepieces from the world’s first quartz watch in 1969 to the Kinetic platform in 1986 and the travelers’ Astron GPS Solar watch just five years ago. However, passionate brand custodian Robert Wilson is quick to point out that the company is over 136-years-old and the fastest growing part of the business is their mechanical watches, with the Presage collection presenting some pretty extraordinary value.

As a huge fan of Seiko — and their suitable brand ambassador Djokovic — it was inspiring to spend some time with the enlightened UK-based executive marketing consultant this week at the official opening of the first Seiko Boutique in Africa. The boutique is located in the upmarket Woodlands Boulevard in East Pretoria and finally presents an opportunity for lovers of the brand to experience the full range from the precision watchmaker. Wilson has been with Seiko since 1981 so is understandably a fount of knowledge on the brand, whose founder Kintaro Hattori made Japan’s first wristwatch. “Mr Hattori’s Seiko-sha (meaning house of exquisite or precision) factory produced its first mechanical watch the ‘Laurel’ in 1913 and has made mechanical watches uninterrupted throughout the history of the company.” The first ‘Seiko’ branded watch was made in 1924.

The company’s success in electronic watches through the 70's, 80's and 90's outshone the fact that it continued to develop some pretty interesting calibers, which seem to have been forgotten by all but aficionados.

“A perfect example,” says Wilson, “is the Seiko 6139. In 1969, Seiko was one of three companies to make an automatic chronograph. This was the same year that they introduced the world’s first quartz watch so it is inevitable that the public has this perception of Seiko as a modern hi-tech brand.” It is debatable whether the Seiko 6139 actually beat the Zenith El Primero and Heuer Caliber 11 to market but suffice to say the quality is accepted to be on a par. 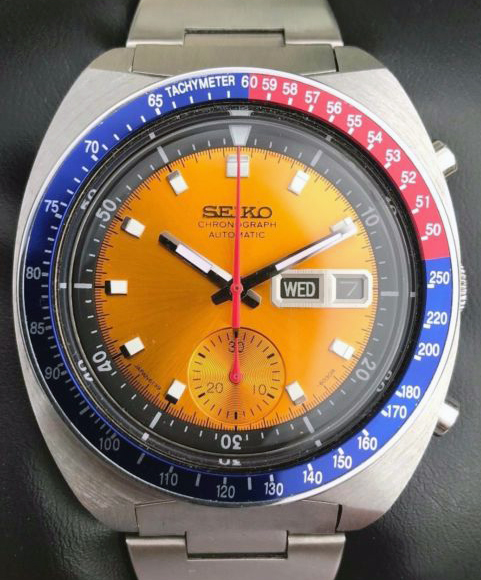 Over the last few years, however, the attention has shifted with the growing interest in mechanical movements. “Mechanical watches are revered more today because in an ever-changing world, theoretically, they are capable of telling time forever. This is something quite attractive.

I recall some pretty out-there pieces from my youth such as the Giorgetto Giugiaro-designed ‘Ripley’ quartz chronographs and discuss the recent celebration of the iconic 1968 Automatic Diver’s watch with the launch of the covetable limited edition re-creation SLA025J1 with automatic Calibre 8L55 and more accessible, but no-less desirable modern re-interpretation SPB077J1 with Calibre 6R15 automatic movement.

“Younger people are coming to a brand that maybe their father or grandfather knew and finding that we make these very interesting mechanical products that offer quiet extraordinary value. Seiko also offers a highly attractive proposition to this very educated new generation of watch lovers who are so knowledgable about the intricacies of mechanical watchmaking. A world that young people enjoy,” says Wilson.

He says that there is mutual respect between Seiko and the Swiss manufactures but says the Japanese company “has a slightly different way” in their approach to watchmaking. Every component, except for the stones are made on their own machines and even some of the machines are manufactured by Seiko.

“We make all the components in-house. We not only make the springs in a watch — the main spring and balance spring — but also the alloy from which the springs are made. Because we have the complete ability to make every component we can make mechanical watches in our own way. In a tangible way that comes out with real benefits for the consumer."

After gaining independence from Seiko, Grand Seiko released three limited edition watches, which are ‘re-creations’ of the first Grand Seiko watch to ...
Watches & Jewellery
3 years ago

“Our ‘Diashock’ shock absorbing system is thought of as one of the very best and the durability of our springs is widely praised, which means they retain their accuracy and power reserve year after year. We also have the facilities to assemble either by hand or machine depending on the level of the movement from the very highest in Grand Seiko to the more accessible categories.”

Launched in 1960, Grand Seiko had only been available in the Japanese domestic market until eight years ago and was considered by connoisseurs around the world to be one of the best kept secret in the watch business. The Hi-Beat 36000 movement won a Grand Prix de Geneve award three years ago. “The Grand Seiko certification is a published standard and is stricter than the COSC (Contrôle Officiel Suisse des Chronomètres). We test in more positions and at different temperatures and for longer periods than COSC,” Wilson says of their accuracy and precision. 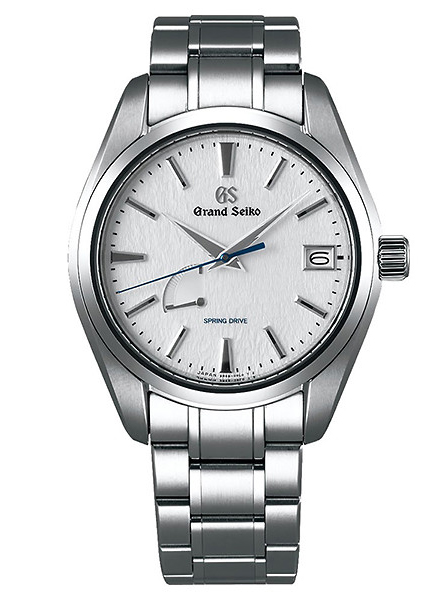 “Grand Seiko is at the highest level of watchmaking. Not in terms of complications — there is no perpetual or tourbillon — but simple, straightforward watchmaking, pure essentials of which Seiko is as good as it can be.” This ethos is in fact part of every collections where durability and good timekeeping are most important aspects of mechanical watches over time.

When Wilson joined Seiko 39 years ago, quartz was democratising timekeeping around the world and this was a huge focus at the company. But in almost four decades of watchmaking, what are his favourite pieces?

“When I started, it was the height of the quartz revolution. What I didn’t know at the time though was that from that very moment the engineers invented the quartz movement, they set themselves the target of producing a quartz watch that did not need a battery. It was obvious to everybody that the only major issue with a quartz watch is that the battery needs to be replaced.

“So 20 years later, when they launched Seiko Kinetic it was revealed that they had found a way to eliminate the need for a battery. This was extraordinary and to this day I still wear my Kinetic watch, which is utterly perfect. I’m sure it will see me out, keeping remarkable time. Look up the Arctura, which had a very particular design and showcased the Kinetic. An absolute beauty.

“The second watch is the Grand Seiko Spring Drive. In the mechanical history of the brand, Seiko has been responsible for many developments, mainly in terms of the springs and other aspects such as the Magic Lever, which improved the efficiency of the winding. So Seiko has got a long history of interesting developments and traditional watchmaking but nothing prepared the world for Spring Drive, which is a mechanical watch in every respect except that it doesn’t have an escapement. Instead it has an electronic break that regulates the speed of the hands. It has a rotor on the back, 80% of the components are exactly the same as in every mechanical watch and yet it is accurate to one second in a day, has a 72 hour power reserve and spectacularly beautiful to look at because of the sweep seconds, which don’t tick. This is how mother nature tells the time,” concludes the enthusiastic Wilson.

The Grand Bal is a tribute to the Chinese New Year, created for the powerful and modern Dior woman
Watches & Jewellery
3 years ago

The Rolex Mentorship & Protégé Arts Initiative is ensuring that the world’s artistic heritage is passed on to future generations
Watches & Jewellery
3 years ago
Next Article
© Wanted 2021 - If you would like to reproduce this article please email us.