The bold and the beautiful watch report from Baselworld 2018

What we fell for at Baselworld: from Rolex to Patek Philippe, Tag Heuer to Tudor - and more

It’s the trade fair to end all trade fairs: For watch enthusiasts, buyers and writers, Baselworld in Switzerland has to be an unparalleled feast. Wanted was there for the unveiling of some of the most exciting watches of the year and here are the ones you’ll want to know about:

A new Rolex is always big news and the Rolex Oyster Perpetual GMT-Master I I certainly doesn’t disappoint. This solid timepiece is the ultimate cosmopolitan traveller’s watch, allowing the wearer to read the time in two different time zones, at once. There are three new versions: The first, in Oystersteel, combines an Oyster case and Jubilee bracelet with a bi-directional rotatable bezel and a 24-hour graduated two-colour Cerachrom insert in red and blue ceramic. The two other versions are in 18ct Everose gold or a two-tone brown and black version. 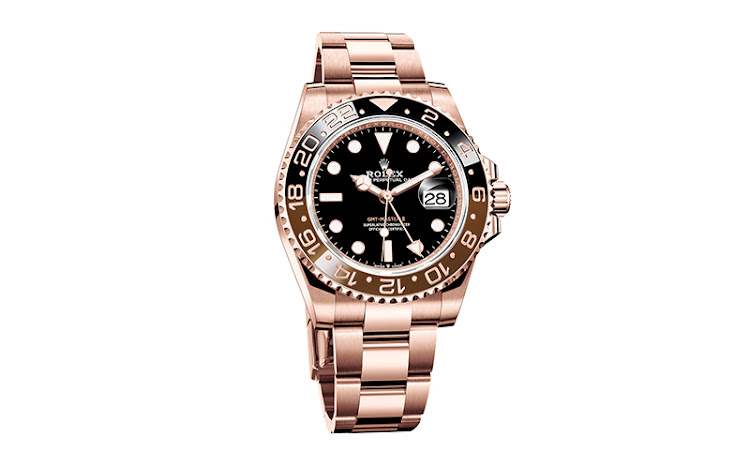 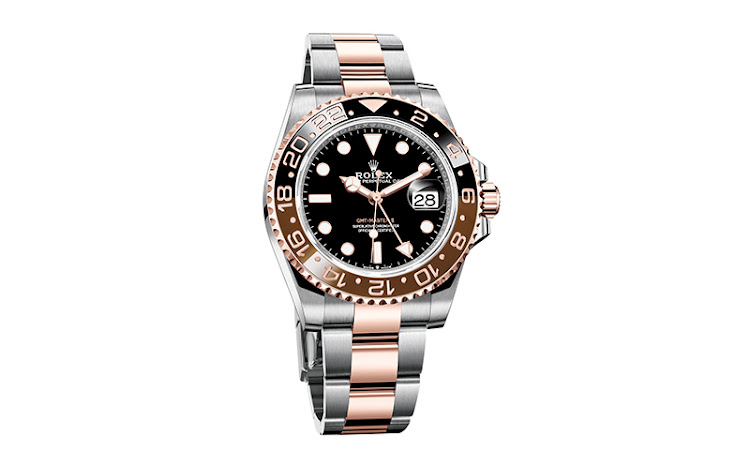 The Big Bang of Baselworld was the million dollar duo from Hublot. Consisting of a timepiece set with 13,5 carats of diamonds that comes with its own bullet proof crocodile skin jacket, this is the ultimate in exclusive luxury. Even the nine zip gliders are encrusted with diamonds! 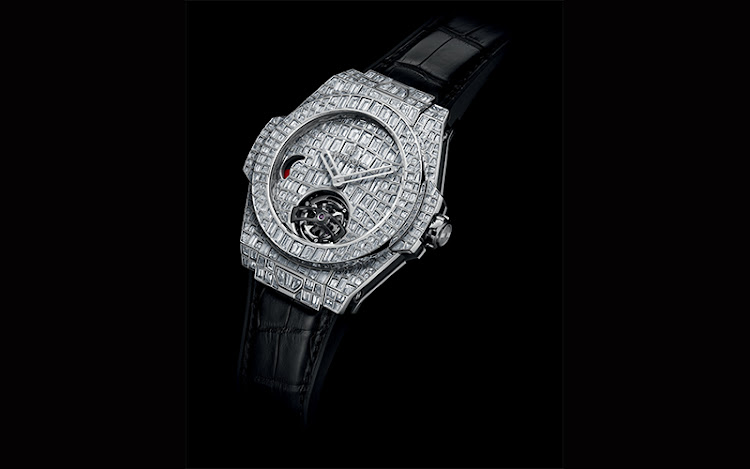 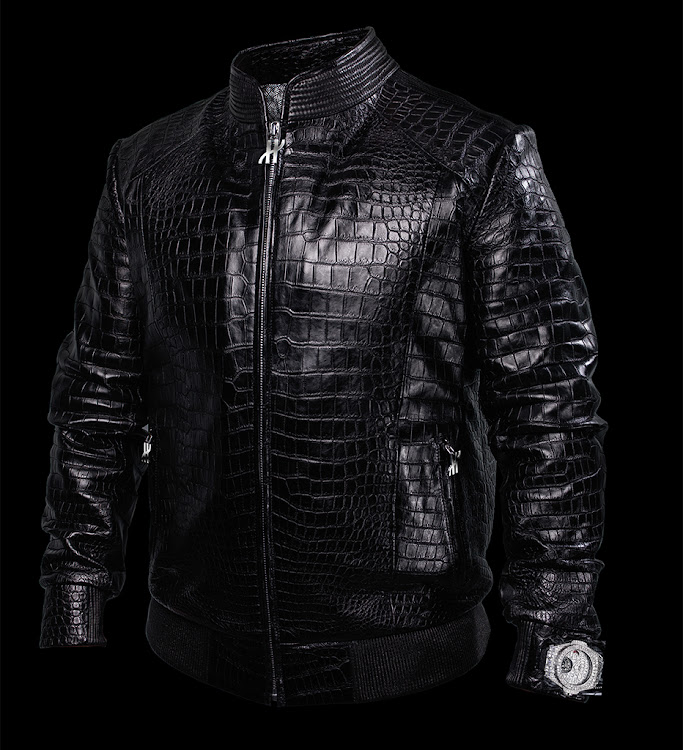 Patek Philippe marked the fiftieth birthday of its stylish Golden Ellipse watch with a limited edition series of 100 sets, each consisting of a platinum watch and matching cuff links. After the Calatrava, the not quite round, not quite square, Golden Ellipse is the second oldest watch in the Patek Philippe collection.

The design of the Golden Ellipse was inspired by the principle of the “golden Section” discovered by ancient Greek mathemeticians. They believed in the “divine” proportion that formed the basis of some of the world’s greatest works of art and architecture.

We’re back to sporty style at Rolex’s sister brand Tudor, where the new Tudor Black Bay GMT, like the other Black Bays, features a dial inspired by the Tudor divers’ watches produced during the 1950s. There’s the characteristic angular hands known to collectors as snowflake that appeared in the brand’s 1969 catalogue.

The Black Bay GMT includes a multiple time-zone function – also known as a GMT function – that establishes local time without losing sight of the time in two other time zones. Recognisable by its rotatable bezel, which derives its deep blue and burgundy colour theme from other models in the Black Bay line, but in a matt version, the Black Bay GMT is also a nod to the early days of this watchmaking function. 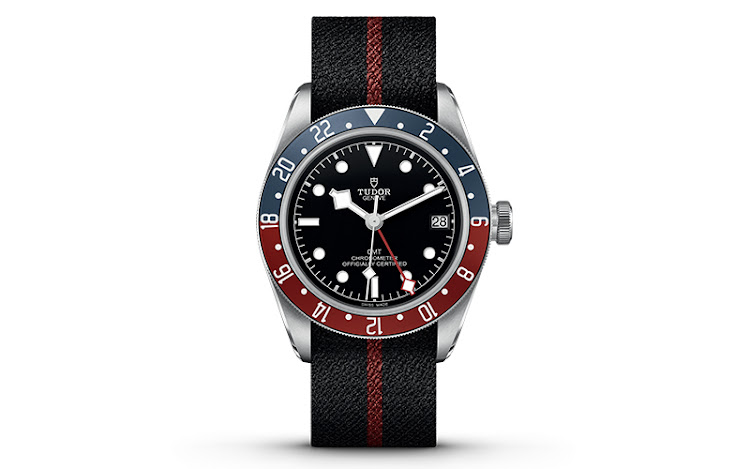 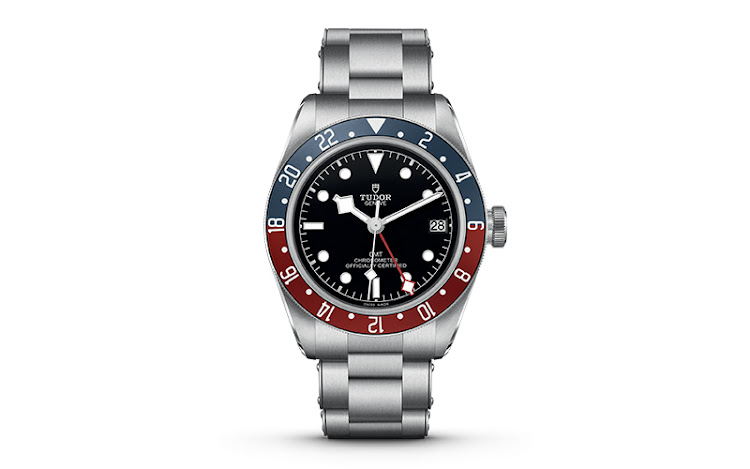 The Breiting Navitimer Super 8 was inspired by a stopwatch that pilots in the 30s and 40s used to strap to their thighs. Its distinctive, practial design elements mean this is a big and bold watch with serious star quality.
With many regarding the Breitling Navitimer as the ultimate pilot’s watch, the second in the new Breitling Navitimer range, the 1 Automatic 38, comes in several different styles and colours is certain to be on many a pilot’s wishlist this year. 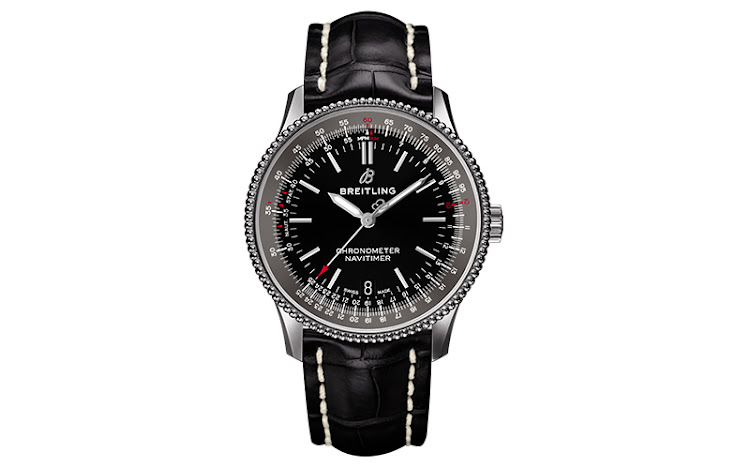 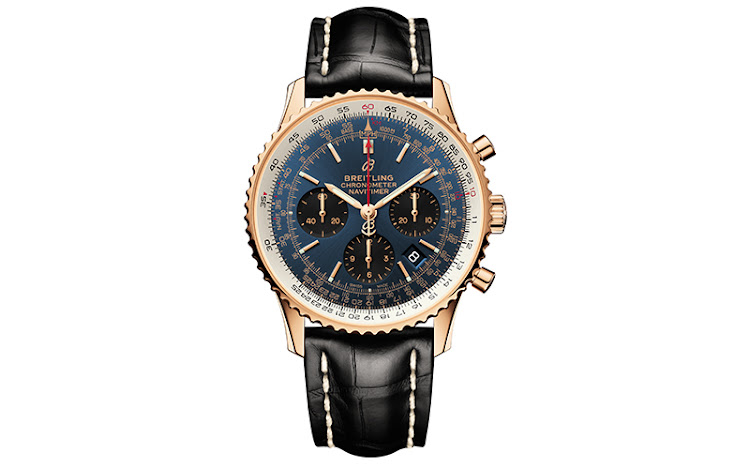 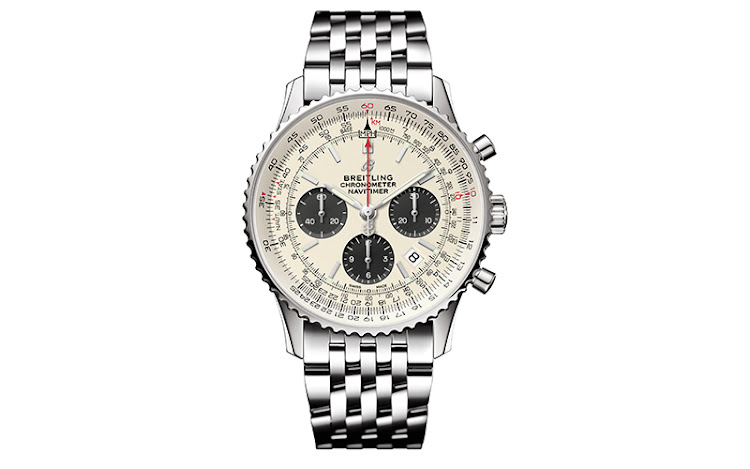 Mr AL Breguet was the original watchmaker to the French navy, so it stands to reason that the team at Breguet should add something with a maritime feel to their collection of seriously smart dress watches. Breguet Marine is a water resistant sports watch that comes in a few different styles. The white gold and blue version sports a wavy motif on the dial while the titanium one has a smoky grey dial. 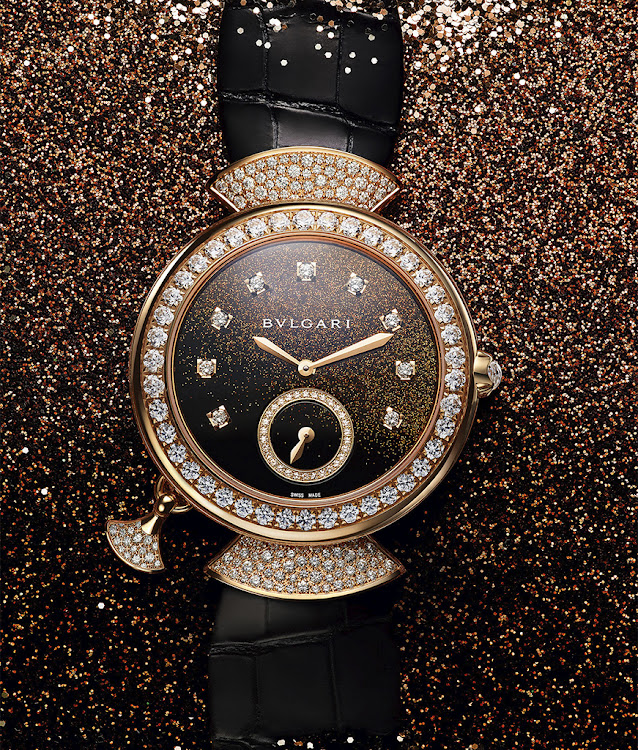 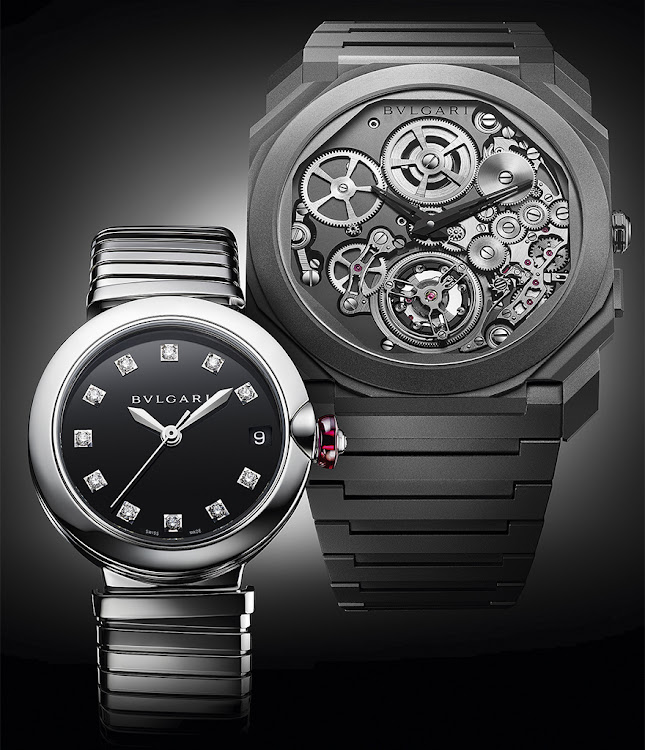 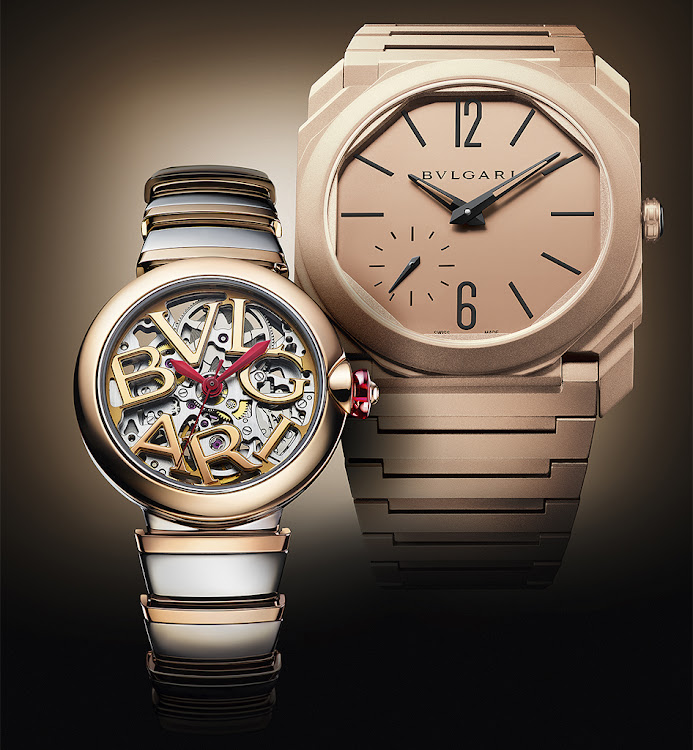 Chopard celebrated a slightly different take on the sporty watch with a 25th anniversary edition of the Happy Sport. In 1993, Chopard co-president Caroline Scheufele captured the spirit of the times by designing a sports watch that, surprising, combined steel and diamonds. This year Chopard revisits the Happy Sport, but now includes a mechanical self-winding movement and is testament to Chopard’s ability to combine Haute Horlogerie and High Jewellery.

At Tag Heuer, they teamed up with Bamford Watch Department to recreate the iconic Monaco with a solid carbon case, an elegant full black dial and aqua blue chronograph counters. It’s a classic reinvented in great style and certain to be at the top the Tag collectors’ list. 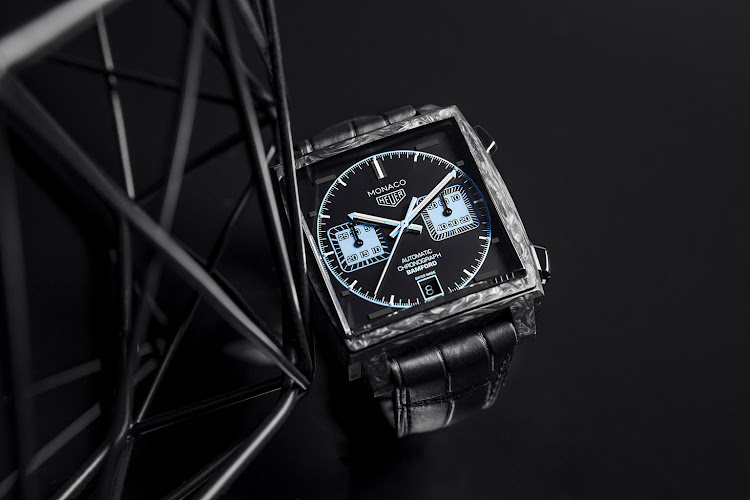 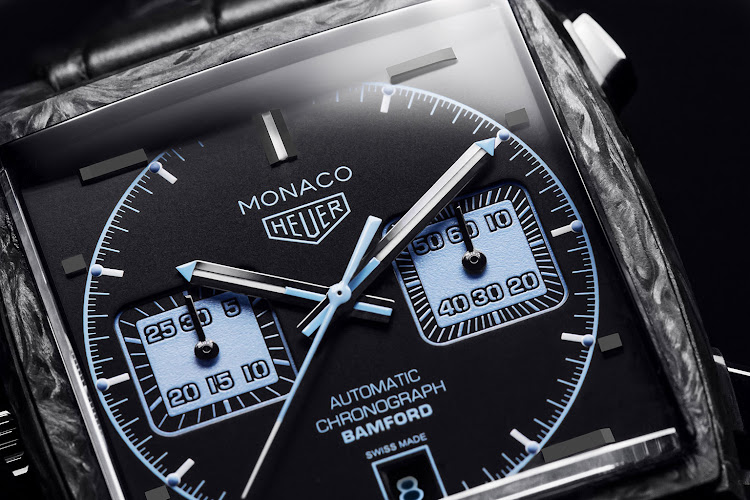 The Longines Master Collection has been the flagship model of the brand for close to 15 years – with each year bringing a new improvement to the line. 2018 is no exception and this year the Longines Masters include an annual calendar, controlled by a new mechanical movement. The look remains timeless and elegant.

From the most precious diamonds in the world to limited edition watches, here are some of the new pieces that Wanted spotted on the first day of ...
Watches & Jewellery
2 years ago

Baselworld opens its doors in Switzerland today, providing a vital opportunity for face to face networking in a digital age
Watches & Jewellery
2 years ago
Next Article
© Wanted 2020 - If you would like to reproduce this article please email us.