Frederique Constant really knows how to throw a party

Stargazing in the South of France? Don’t mind if we do

Words: Sinead Martin
A starry night atop Mont-Gras at the Observatory of Nice
Image: Supplied

Picture a starry night atop Mont-Gras at the Observatory of Nice in the South of France. A cool September breeze and plenty of red carpet designer gowns and famous faces. If this doesn’t sound like the perfect backdrop for the launch of the latest Frederique Constant Ladies’ timepiece to you, then we want to hear how you think anyone could do it better.

Forget the new Slimline Moonphase Stars Manufacture for a second, and appreciate that the Observatory itself is an architectural ensemble, classified as a historical monument comprising the largest mobile cupola in Europe, and built by none other than Gustave Eiffel. It boasts amazing instruments, the largest working telescope lens in the world, and a natural park.

Dance into the world of Dior

An extraordinary series of art videos from the house of Christian Dior have us yearning to dance, and paint – and own the La D timepiece
Watches & Jewellery
2 years ago

Guests were gathered at the Observatory’s Grand Méridien, a beautiful courtyard overlooking the Baie des Anges, for a welcome cocktail that was hosted by Frederique Constant’s founders, Peter and Aletta Stas. As the night grew darker, they were invited to join the grand couple, where Peter Stas welcomed Jean-Pierre Rivet to the stage. Rivet introduced the great history of the Observatory and discussed the co-relation between watchmaking and Astronomy.

In 2013, Rivet became the scientific director of the Plateau de Calern of the Azur Coast Observatory. After introducing the architectural marvel that is the Observatory, as well as its historical significance to the scientific field, he moved on to present the relation between time and stars by explaining the complex inner workings of the curious Antikythera mechanism (a horological device manufactured in one century BC) to reproduce the sun and moon cycles. He explained that, ‘understanding the perfection and beauty of celestial mechanics would be hopeless without the diligent quest of watchmakers for perfect and beautiful timepieces. Two millennia later, this desire is still current and high-modern watches often incorporate complications to reproduce the Moon phase cycle,’ such as the beautifully intricate Slimline Moonphase Stars Manufacture.

Following his scientific introduction, the time had come for the unveiling of Frederique Constant’s latest novelty, The Slimline Moonphase Stars Manufacture. Aletta Stas took to the stage and presented the elaborated details of the timepiece. 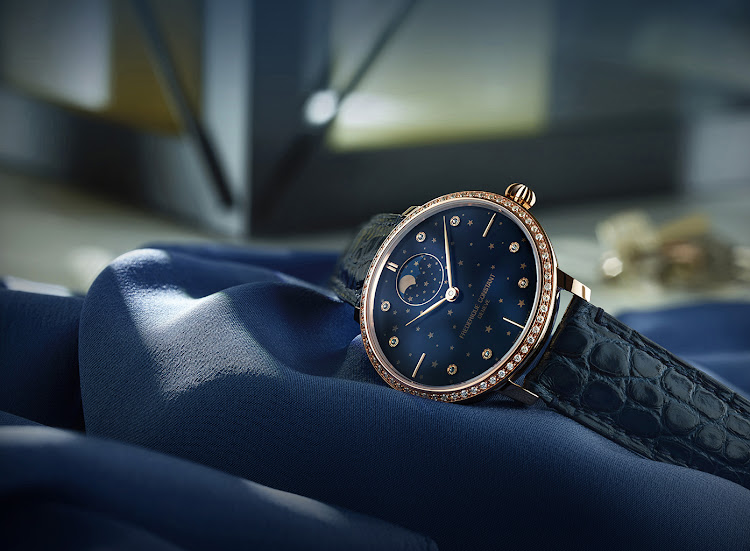 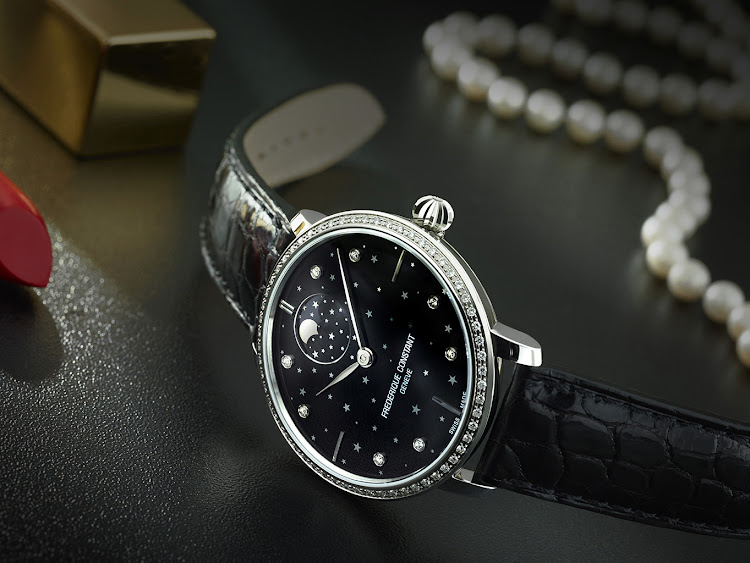 After the reveal, guests gathered once again in the Grand Méridien for a lavish dinner under the stars. In the gardens, guests were able to admire an extensive exhibition of astronomic instruments linked to watchmaking. Telescopes were also set up by the Amateur Astronomy Club to show Saturn, and a DJ played lounge music in the background.

This is the kind of party we’d like to be invited to in the future, please?

Panerai celebrates the Year of the Dog

Attention all pup-lovers, this is the timepiece for you
Watches & Jewellery
2 years ago

Longines is turning back time

A re-visit to an 80s classic has us feeling oh, so nostalgic!
Watches & Jewellery
2 years ago

Cool down with Vacheron Constantin

Any icy-cool collection your wrist will be dying to try on for size
Watches & Jewellery
2 years ago
© Wanted 2020 - If you would like to reproduce this article please email us.