With the 50th anniversary of iconic Nissan GT-R and Seiko milestones, it's time for celebration 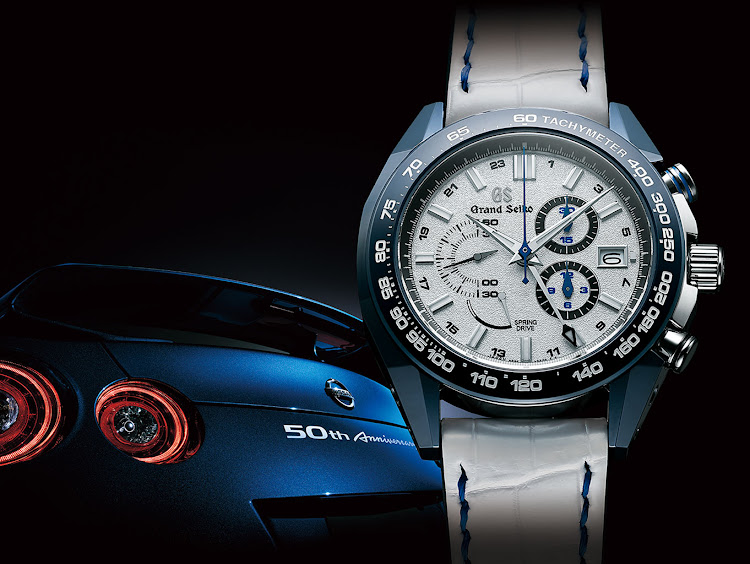 Japan is in the spotlight at the moment and it’s not only because of ex-Nissan chairperson Carlos Ghosn or because there’s a new emperor on the Chrysanthemum Throne. If you’ve been paying attention to international news or travel channels over the past two or three years, you’ll know the people, technology, food, culture and eccentricities of this nation of perfectionists have found regular slots in programming schedules.

This is helped by the fact that Tokyo is due to host over 13 000 of the top performing global athletes for the 2020 Summer Olympics but, for anyone interested in high-performance machines, there are some notable highlights this year. Apart from the long-awaited reveal of the new Toyota Supra MKV in January, there are significant 50th anniversary celebrations for Nissan and Seiko in 2019.

It’s the 50th anniversary of the much-loved Datsun 240Z (S30). For those less interested in predictable European status symbols, this elegant Yoshihiko Matsuo-designed fastback showed the world Japan, and Datsun/Nissan in particular, could make more than just boxy, economical runabouts. The Z-car had plenty of style, comfort and practicality yet was a performance-driven grand tourer equipped for the 70s – and beyond.

What do Breitling and Norton Motorcycles have in common?

The two brands, which epitomise the spirit of freedom and innovation, come together to create the Breitling Premier B01 Chronograph 42 Norton Edition
Watches & Jewellery
3 years ago

Described by many journalists at the time as “the most exciting car of the decade”, its 2.4 litre straight six engine, elegant lines, light construction, agile handling and competitive pricing made it an instant hit. With built-in Japanese quality and reliability, the 240Z had some revolutionary features for the time, including controls integrated into the control stalks behind the steering wheel and a stopwatch on the dashboard for track days – long before Porsche did. 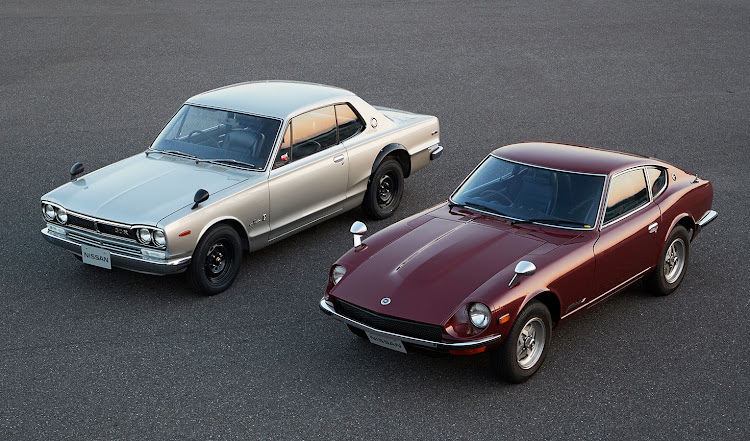 In celebration, the 2019/2020 Nissan 370Z (Z34) models will be offered with red-and-white appearance packaging, which pays homage to the 1970s livery of the #46 BRE (Brock Racing Enterprises) Datsun 240Z, which won multiple SCCA National Championships with John Morton behind the wheel. The cars come with unique 19” wheels and special interior accents, but otherwise are standard, with no mechanical updates. There is also a black-and-silver option available. 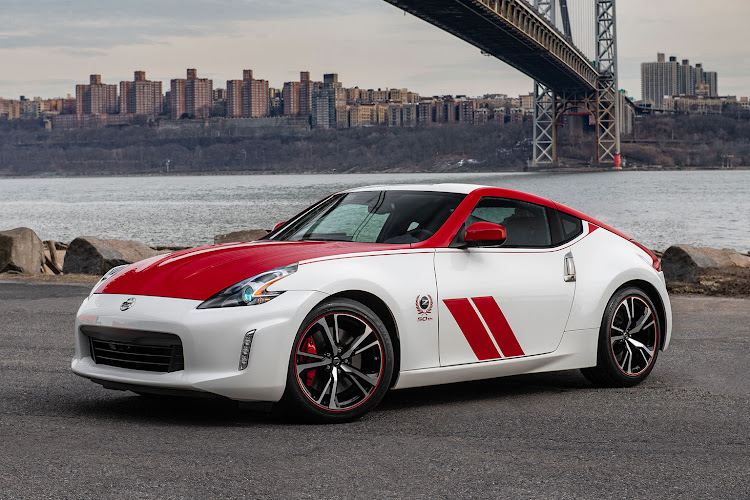 The new Nissan 370Z to mark the brand's 50th anniversary of the model.
Image: Supplied

Racing ahead of the pack in 1969, Seiko established two industry milestones. One of them was its Caliber 6139, which was arguably the first automatic chronograph, the other the Quartz Astron 35SQ, the first quartz wristwatch in the world. The company reportedly sold 100 gold models in a week for 450 000 yen each, the price of a mid-sized car. The Astron boasted accuracy to 0.2 seconds per day, 5 seconds per month, or one minute per year, and was to be the first of many to embrace the new technology.

There has been no word as yet from Seiko on celebrations relating to the Caliber 6139 but when it comes to high-performance and extreme accuracy in mechanical watches, Seiko’s Spring Drive technology is unmatched. Conceived in 1977 and finally launched to market in 1999, this is the watch world’s version of a hybrid car. Seiko created a luxury mechanical movement with one-second-a-day accuracy by introducing the benefits of quartz to a mechanical timepiece. By replacing the escapement with a “tri-synchro regulator”, they have a beautiful automatic, almost completely mechanical, movement with extreme accuracy.

There are four 20th Anniversary of Spring Drive thin dress series models from Grand Seiko, which form part of their Elegance Collection and which feature Spring Drive caliber 9R02 or caliber 9R31 hand-wound movements. During Baselworld this year, I had the great joy of wearing one of the limited edition of 30 hand-carved platinum case versions for a few minutes. At 38.5mm diameter by 9.8mm slim, with impressive matching “snowflake” dial, they are incredibly elegant and comfortable on the wrist. At $76 000, however, that’s a healthy down-payment on a new GT-R. 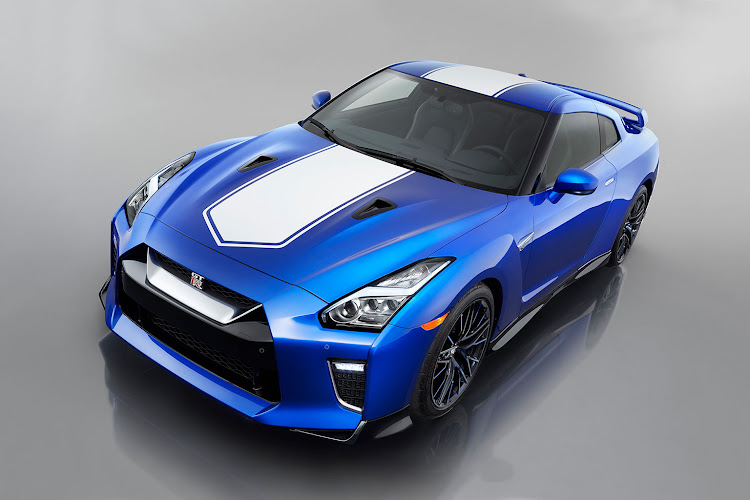 The Nissan GT-R is one of the most iconic performance cars of our time. Originally launched in 1969 as the Skyline 2000 GT-R, this year marks the 50th anniversary of the legendary destroyer of drag strips and race circuits. The spirit of the GT-R is best described as Japanese innovation and obsession with detail meets “PlayStation” and is perfectly captured in a new special edition Grand Seiko Sport Collection timepiece. As with fine watchmaking, the precision and high performance of these sports cars is made possible through cutting-edge technology and Japanese craftsmanship. According to the company’s website, only five master craftsmen are allowed to hand-assemble the GT-R’s engine and affix a plaque carrying their name. 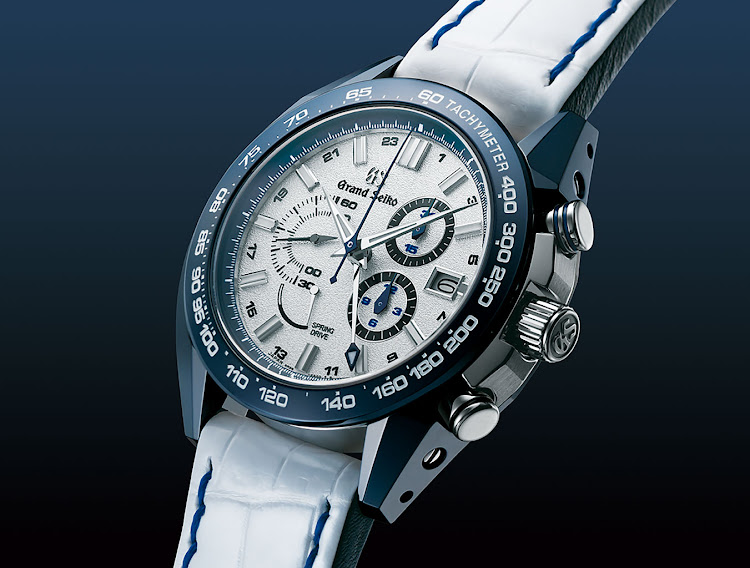 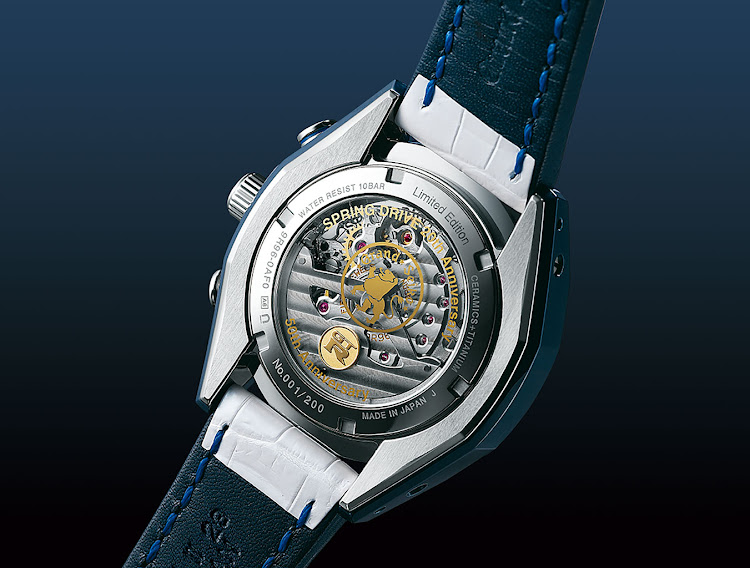 The Spring Drive 20th & Nissan GT-R 50th Anniversary Limited Edition (SBGC229) features a Spring Drive Chronograph GMT 9R96 driving system in a ceramic and lightweight high-intensity titanium case which, aesthetically, pays homage to the race-car version of the Skyline 2000 GT-R. The design was inspired by the iconic “Bayside Blue”, which is expressed in the ceramic outer case, while the distinctive white stripe of the Nissan racing livery is reflected in the white crocodile strap and the silver-white dial. The automatic calibre has a power reserve of 72 hours, accuracy of approximately 0.5 seconds per day and water resistance of 10 bar. Limited to 200 pieces, they will retail for around R350 000 each, subject to availability.

Nissan revealed the breathtaking graphite-and-gold 50th Anniversary GT-R50 concept at the Goodwood Festival of Speed last year and although it went into production with its Italian-updated body design and extra 120hp, it will set you back around R15-million if you are one of the lucky 50 millionaires. For the rest of us, the 2019/2020 50th Anniversary Editions of the GT-R come in three colour options of Bayside Blue with white decals; Super Silver with white stripes and Pearl White with red stripes.

Now in its sixth generation, the GT-R is a superpower, packed with sports-luxe comfort, all-wheel drive and the practicality of four seats. Anniversary models come standard with a 5% more fuel-efficient 3.8 litre DOHC 24-valve V6 engine with new twin-turbochargers for improved responsiveness, a revised 6-speed dual-clutch transmission and break boosters for better stopping. This engine produces 565hp @ 6 800 RPM and does 0-100km/h in just over 3 seconds. You would be hard-pressed to find another “volume production car” that comes close to this package for under R2-million. 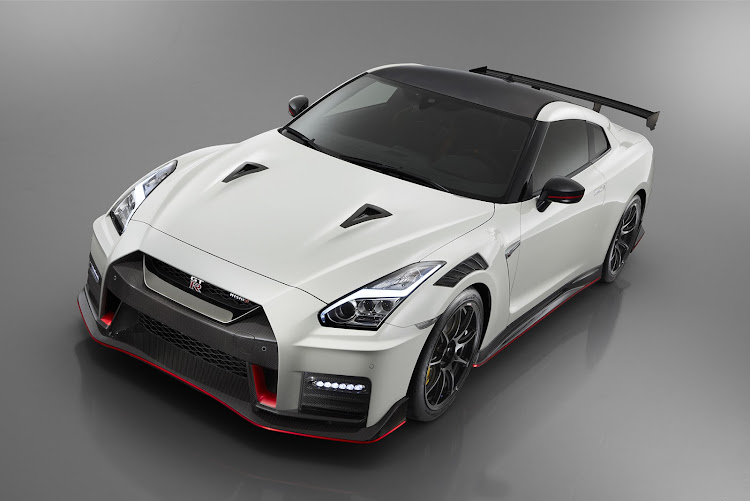 “Designed for a pro, built for everyone”, and improving on the GT-R's already incredible handling, a NISMO-tuned version, with an exclusive turbocharger design from the GT-R GT3 race car, will produce 600hp and is likely to leave most Europeans in its wake. (NISMO is the official in-house racing arm of Nissan). With carbon fibre replacing many body panels throughout the car – front and rear bumpers; front fenders resembling those on the GT3 GT-R; hood; roof; side sill covers; trunk and rear spoiler – as well as other component upgrades, there has also been a 30.5kg weight reduction over standard models.

It is the original El Primero’s 50th anniversary this year, and Zenith has released a collector’s trio of chronographs, limited to an edition of 50
Watches & Jewellery
3 years ago

The German watchmaker releases a limited edition of 250 pieces for the 25th anniversary
Watches & Jewellery
3 years ago
Next Article
© Wanted 2022 - If you would like to reproduce this article please email us.