Trusting in her hands: Beth Armstrong’s circuitous road to success

Sculptor Beth Armstrong is exhibiting at The South African National Gallery until the end of January. Here’s what to expect from this important exhibition

What does a master’s degree in fine arts qualify you to do? For sculptor Beth Armstrong, this year’s Standard Bank Young Artist Award winner for visual art, it landed her a job at Montblanc, the German manufacturer of luxury writing instruments and watches. Not as a designer, but simply as a store assistant at the company’s V&A Waterfront outlet. But that was six years ago.

Armstrong’s journey to art world visibility and early acclaim was, not atypically, circuitous. Disheartened by her circumstances, which included lacklustre representation from her former dealer, Armstrong fired her gallery in 2012, quit her day job and moved back to Joburg. Working from her mother’s house in Lombardy East, she plodded along, producing small trees out of welded wire and tin copper binding.

Armstrong’s travelling award show, which is titled in perpetuum and currently on view at the National Gallery in Cape Town, includes a new stainless steel example of this popular work from her repertoire.

“I started making trees for fun,” Armstrong told me in 2011. “There was little theoretical or conceptual impetus behind their creation.” She was fascinated by the positive reaction they produced in collectors. “I don’t get questioned on the meaning of the object. I think this is because almost everyone has some personally meaningful relationship to trees. It is possibly one of the broadest and ubiquitous signifiers.”

Angus Taylor: an artist with stones in his head

Finding a niche and then gamely sticking to it, is what artists do. But making small trees for private collectors also has a horizon. Armstrong knew this. In 2013, during a residency at the Nirox Foundation, a place where trees and monkeys are in abundance, she had an opportunity to rethink her practice. Go big, suggested Nirox founder Benji Liebmann.

Surface Weight (2013), a flat-topped steel sculpture with root-like tendrils of varying lengths, bears out Liebmann’s advice. It is nearly three metres tall and five metres wide. Notionally a departure from her previous work, Surface Weight in fact isolated and scaled-up the subterranean base of her earlier tree sculptures. First exhibited on the 2013 Winter Sculpture Fair at Nirox, Surface Weight was later acquired by Standard Bank for their new offices on Baker Street, Rosebank.

That same year, Trevyn and Julian McGowan, the design tastemakers behind Southern Guild, approached Armstrong to produce bespoke furniture pieces. The request culminated in a range of steel benches in the style of Armstrong’s Surface Weight sculpture. In 2014, the Nelspruit-born sculptor accompanied her one-off bench Creep to Design Miami/Basel in Switzerland. Armstrong revelled in the “workmanship, ingenuity, experimentation, obsessiveness and detailing” of the other works on show.

“As a sculptor I could scrutinise welds, muse over methodologies, and marvel at techniques much more than at the art fair,” Armstrong says in a wide-ranging interview appearing in her exhibition catalogue. “I felt a freedom to be with the objects for the objects’ sake; they were not heavy with wanting meaning and reason. There was something liberating in that.”

Maverick designer Gregor Jenkin has been flying under the radar for some time. When wanted heard about his upcoming summer exhibition with Southern ...
Voices
2 years ago

Armstrong’s interest in design was in some senses primed by an earlier friendship. While living in Cape Town in 2011-12, the young sculptor befriended blacksmith Conrad Hicks, whose Woodstock studio is a place of wonder. “If a made object has its own integrity,” Hicks once told me, “it will have beauty.”

Armstrong’s award exhibition includes many instances of beauty translated into physical form. Recursion of the Indefinite #1 is a new departure. Made from steel tubes held in dynamic tension by armatures, the tall minimalist sculpture brings to mind Sol Lewitt and Donald Judd. Armstrong’s exhibition also includes four examples of her “line” sculptures, large polished-steel pieces that bear out her long-held interest in how geometric lines relate to another when densely compacted or loosely arranged.

Is it okay to comment on her fastidious craftsmanship? It is an essential question. “What is important to me is that I rely on my hands,” she explains in her catalogue. “They have a stamina, a fearlessness and a knowledge of things that my mind simply does not know.”

I admire this honesty. Here is an award-winning artist, someone who loves what she does, including the “hot, heavy and hard” materials she works with, saying she is just as bamboozled as the rest of us. It is consoling. We can learn a lot from this fearless artist and her handwork.

Beth Armstrong’s In Perpetuum is on at the South African National Gallery until 28 January 2018.

There was a time when luxury was defined not by logos or advertising campaigns, but by the hours, skills, and materials invested in a product. Conrad ...
Art & Design
2 years ago

Images of Beth's most recent work: 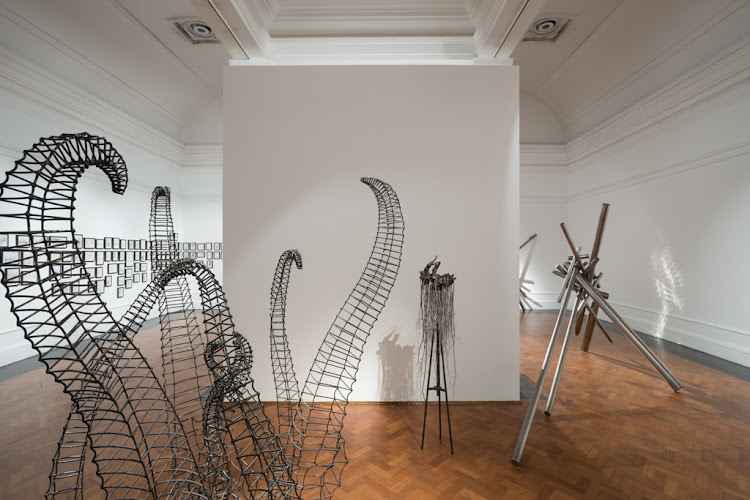 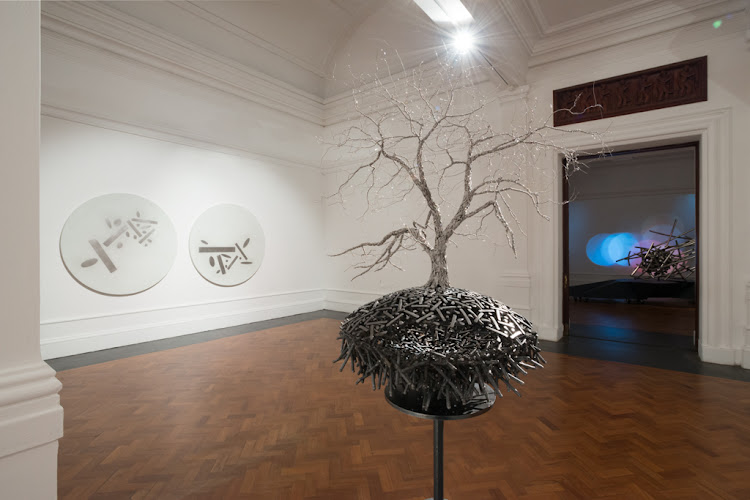 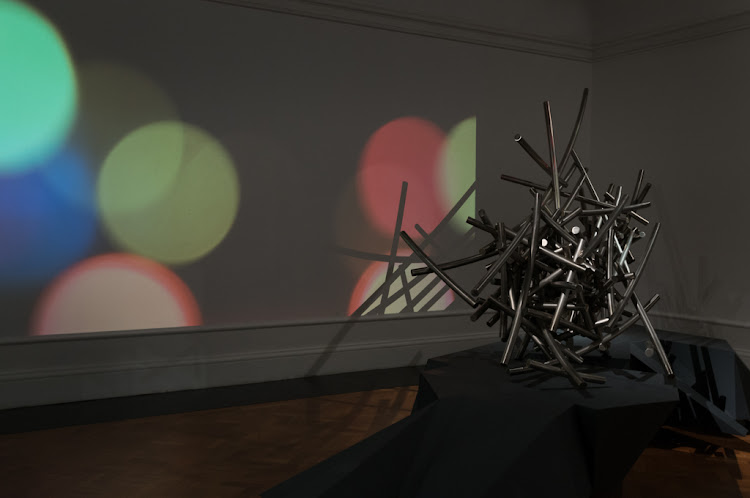 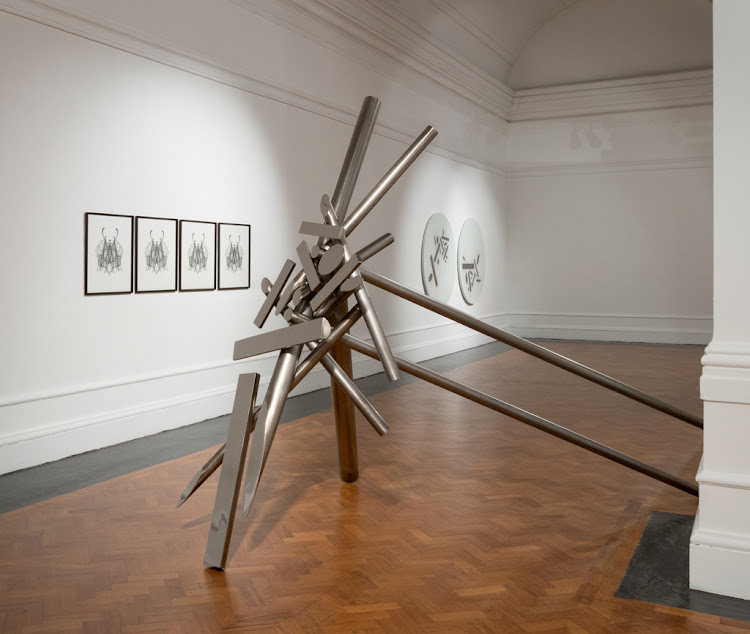 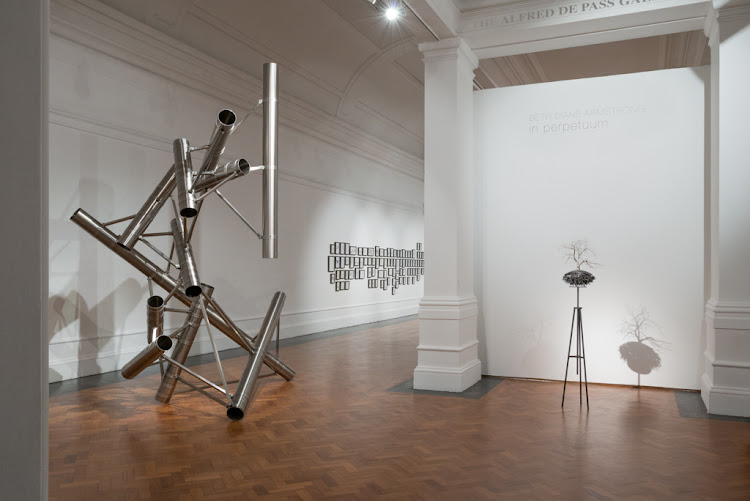 Isolate and enjoy: Why the art of collecting during ...

Singita founder and CEO Luke Bailes on the real ...