Neil Jewell insists that he has one of the best jobs in the world. Day to day he runs his restaurant Bread and Wine, on Môreson wine estate in Franschoek, partaking in the rollercoaster like act of navigating every up and down’s of running a restaurant. But every two weeks is his happy time as half a ton of pig carcasses arrive that he and his team, Jewell & Co, hand butcher and process; selecting muscles and cuts to cure so they may make “something that they are proud of.” You see Jewell has spent the last 18 years as the not so secret restaurant charcuterie king, priding himself on his honest pure methods of making bacon and cured meats for chefs in around the country and it all started as a drunken lie.

When he arrived 18 years ago there used to be a winemaker and chef evening in Franschhoek and as the new person to the village it was deemed appropriate that he should show face. He admits that coming from England he had no culture when it came to wine, and after drinking chardonnay “like it was beer” he doesn’t recall much else from the rest of the night. He most certainly doesn’t remember telling every chef present and willing to listen that he made lamb bacon.

“I don’t know where it came from,” Jewell admits. “I had never had lamb bacon before nor had I ever made it but I apparently told them all that I did. So I had to sober up very quickly and then make lamb bacon.” 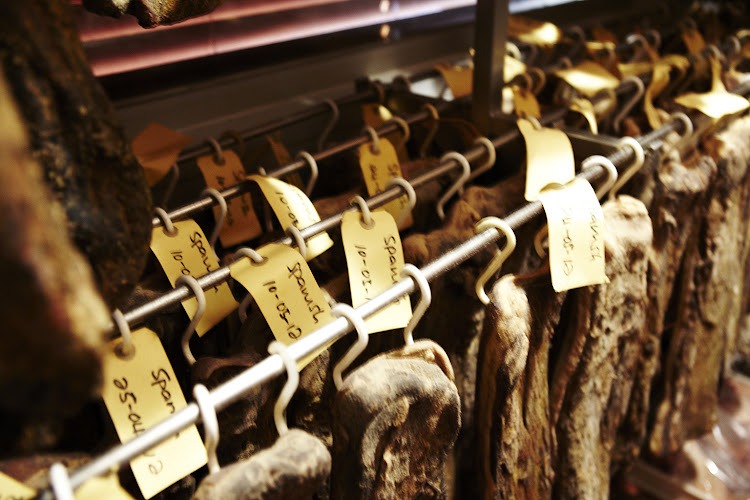 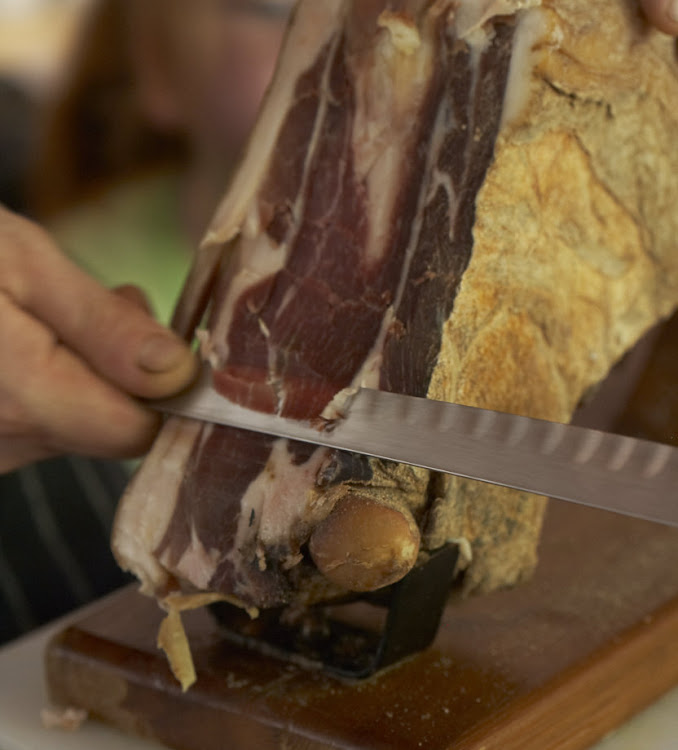 How does one even make lamb bacon you may ask? Well, curing is all about removing moisture. Which is why you need all that salt, after which you add a small amount of sugar to counteract the toughing and structured nature that the salt added to the meat. Next you try build up a flavour profile with fresh mint and fennel seeds, dry cure it for 3 to 8 days and then cold smoke it.

“When you fry it off you’re left with something that is a mix between lamb and bacon. It wasn’t bad and then Margot [Janse] from La Quartier [Français] said Neil, your lamb bacon is quite groovy, can you make real bacon?”

So he took it on and what started as “a bit of fun thing to do” became an impassioned journey of trying to find more information on better methods. This was no easy task; at the time the only people curing meat were big commercial companies and there were only 3 books on the subject.

The first said “don’t do this at home you can actually kill people,” the other instructed that you had to add as many chemicals as possible to make the meat safe and the last said it’s not at all possible unless you live in Europe and you have to have a cave with millions of rands of stainless steal technical equipment.

“No, I don’t have cave,” jokes Jewell. “I asked the owner of the farm for a cave and he told me to get on my bike and cycle into the mountains. I’ve done that but I haven’t found a cave yet that’s appropriate.”

For the first time in the 5-year history of the Wolftrap Steakhouse Championships, a restaurant from the Western Cape snatches the Best Steakhouse ...
Navigator
2 years ago

What he did find that changed everything was Charlie Crowther, a pig farmer that he met on a wild boar hunting trip on the west coast 9 years ago. Crowther’s farm is called Glen Oakes and currently is the home to about 300 pigs that live wild and free on it’s 400 hectares.

And by wild and free we mean they live outdoors, forage for their own food in an oak forest and to play in with rivers, streams and mud baths. It’s this idyllic setting that Jewell insists gives the meat it’s flavour, that and the fact that the pigs are only slaughtered after 2 years as apposed to the 16 weeks seen in the commercial pork trade. What’s also telling is the Crowther is the first pig farmer in Africa to be awarded a humanitarian certificate by the SPCA.

“They are eternally happy and do things that pigs are supposed to do. The byproduct of a slow grown happy thing is that you get this amazing quality meat; unhurried and unsullied by humans. Charlie’s ethics is that he wants to produce meat that he wants to eat and I like to know where my produce comes from so that we are supporting a good farmer with a good cause.”

Now more than ever people are becoming more aware of their eating habits and the consequences thereof. The latest clean eating trend has food on your top restaurants plates becoming far simpler; going back to basics and a more natural, seasonal diet. Eating less and eating better, which is right up Jewell’s street.

He has always wanted to make as much of his own food as possible. Rather making his food from scratch than focusing on a high end dining experience. Or as he puts it, focusing on turning old milk into cultured butter for the restaurant’s breadboard. And it’s this attitude that he looks to impart onto others with his charcuterie courses that he hosts several times a year on the farm.

“My mission is to demystify the whole process so that people understand that you can do this at home. On the day we use a smoker out of a cardboard box and a toilet fan. It may look stupid but within 3 hours we have smoked 7 different products, which you can taste. We just try impart some of our knowledge and our passion so people can go ahead and do this at their house. And they have carried on doing it, and it’s awesome, because it raises the level in this country of what charcuterie is and it puts pressure on the bigger companies who control the strings.”

If you are more of an eater than a maker Jewell makes about 50 different products from saucisson and choirzo; all different types of salamis; a classic ham, a linde ham, a Walter ham, a cooked ham; and, of course, different types of bacon. He goes on to make specialty bacons for different chefs in Franschhoek, which you can road trip and try. Like a coco and espresso cured bacon for a coffee shop and has recently been working on a bacon that is to be paired with another wine farms sparking wine.

“It was one of those horrible things that the chef came down with a bottle of sparkling wine and we had to taste it, ha ha,” he regales with playful sarcasm. “Through drinking it we just pulled a bunch of flavour profiles and we made a slightly sweeter sugar cure - because the sparkling is more acidic. We introduced a wild fennel and toasted almonds to the cure as well, to pair with the tasting notes of the sparkling wine, and then we’ve cold smoked in a different way so it has a slight hint of oaky-ness that won’t overpower the wine. We’re waiting for chef to come down and taste it to see if she’s happy with it. So yeah, we have lots of fun.”

If you would like to get your hands on Jewell & Co bacon and cured meats you can head on over to his Bread & Wine Restaurant on the Môreson Estate or if you are looking outside of Franschoek head to Frankie Fenner Meat Merchants in Cape Town or the newly opened Marble Butchery at the Trumpet Building in Keys Ave and organic store, Farm Table in Linden in Johannesburg. Alternatively sign up for his next Charcuterie course on the 21st or 22nd of September and learn to make your own.

Reuben’s is back in town

Chantel Dartnall - the chef who cooks from the heart ...