This young Joburg interior designer is setting the hospitality scene alight, both locally and abroad. Mila Crewe-Brown chats to him about his rise, his learnings and his latest award nomination

Where did your career in design first begin? It began with an internship, which was only meant to be for a few weeks before applying to study design or architecture. Those few weeks have become 9 years of experience in the industry.

Roughly how many jobs have you completed since then? It may be tough to calculate… but I’m sure it’s well over 60.

What was your big break? I actually feel like I’ve enjoyed a series of small breaks during which I’ve cultivated great client relationships across the world. Though, as exhausting as it may be, I treat each new project as though it’s my big break and I don’t think that’s going to stop anytime soon.

How has your company, Studio A, developed and grown since its launch? As we’re in our third year of operation, we’re still in the early, but exciting phase of growth with yet more growing to do. We’ve up staffed and up skilled staff which has been a rewarding and beautiful opportunity. We now have a staff total of 5 designers, which has exceeded my initial expectation of company growth. Starting my own studio back in 2015 felt like a bold move, but since then we’ve enjoyed and are enjoying multiple projects in as many as 9 countries; we’ve also been shortlisted for three international awards and even scooped our first international award at the Restaurant and Bar Design Awards in London last year.

You recently travelled to the Amalfi Coast for a nomination by The International Hotel & Property Awards in the Bar/Club/Lounge category- what was the experience like?  We made the final 10 best bar designs in the international bar design category, which was pretty amazing for a global, non-regional award. It was an awe inspiring and truly humbling experience. Being in such a painfully beautiful place, surrounded by some of the biggest names in design (that I’ve essentially worshipped) was a great oppurtunity to reflect on how far I’ve come. I got to be in the same room as those people who are living examples of how far I can still go.

Who did you meet there that left an impression? The team from Meyer Davis (New York) were pretty inspiring to rub shoulders with, as well as the team at Universal Design Studio (London) and Mister Important Design (LA). It was also great hanging out with a local design icon Maira Koutsoudakis.

Any spectacular spaces you visited while there?  The whole of the Amalfi coast from Positano to Ravello is (literally) unbelievably beautiful. Though I also found amazing spaces in Paris, prior to Italy, from the high fashion boutiques and Philippe Starck designed Miss Ko to Tom Dixon’s Le Drugstore and then staring slack-jawed at the detail of the Opera national de Paris for an embarrassingly long time.

What might a total stranger to your interiors expect to experience? Hopefully a very detailed, encapsulating social experience filled with warmth and a strong feeling of connection to the owners and patrons.

The Mesh Club in Rosebank has a bar that’s beautifully suited to sipping and socializing, and is the ideal spot to watch the sun go down
Navigator
3 years ago 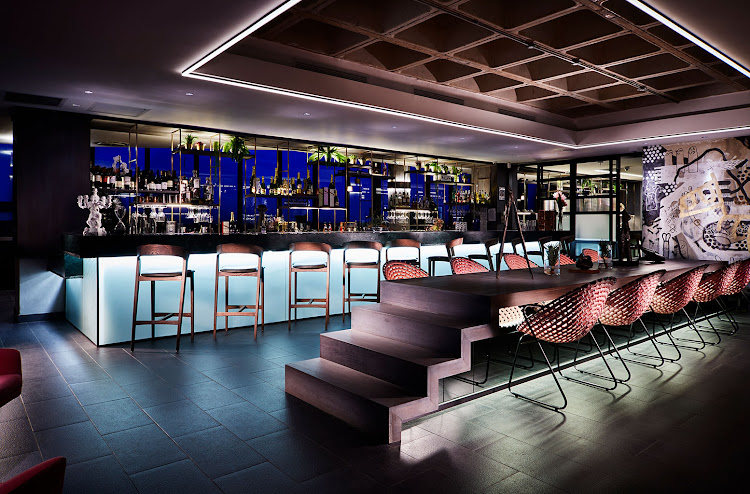 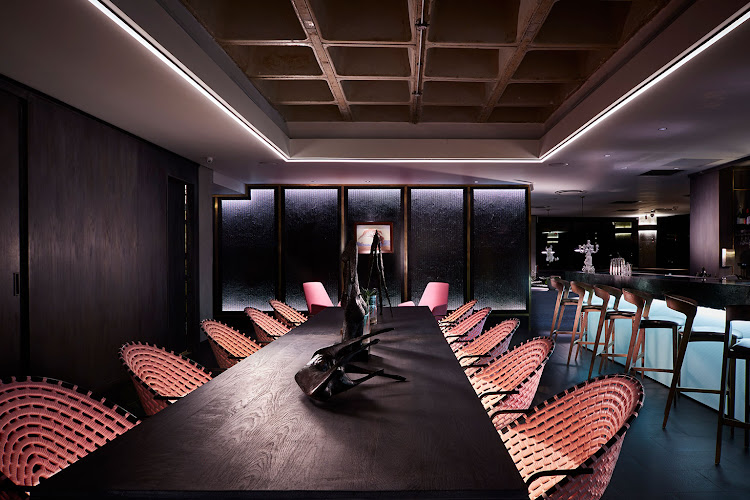 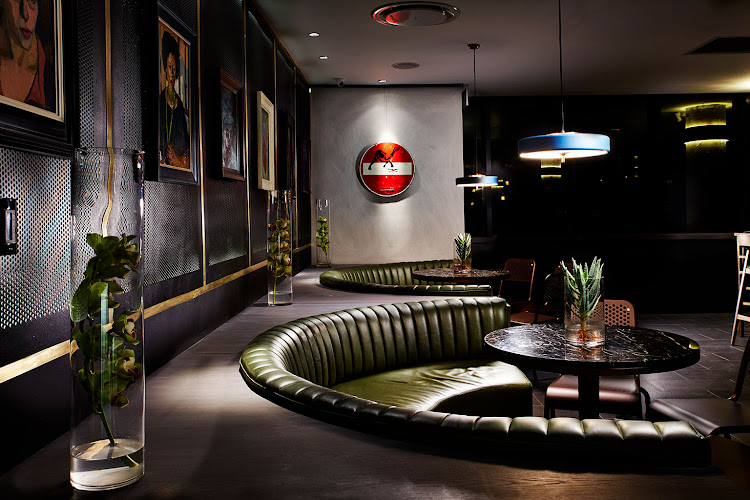 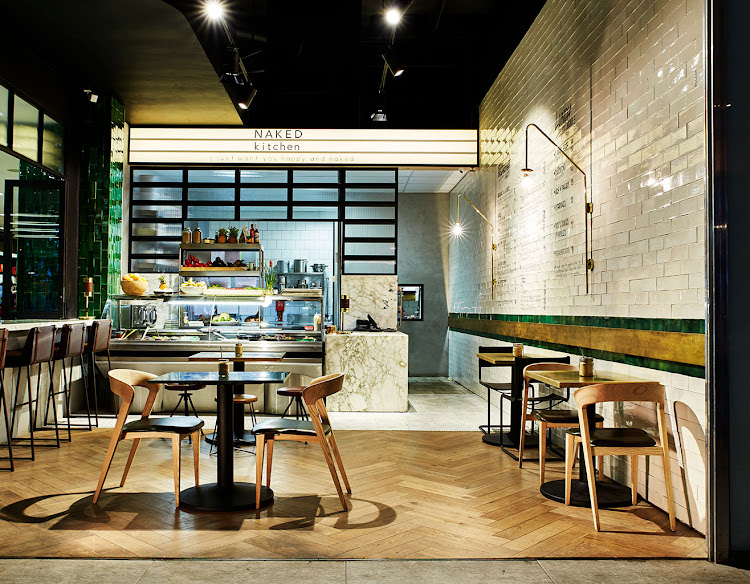 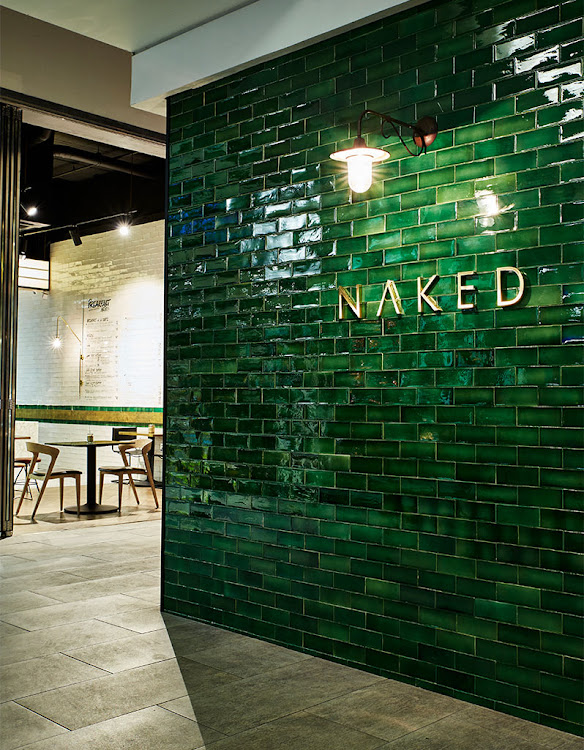 And what’s on the go right now? I’m currently working on some great new hospitality and luxury residential projects in Johannesburg and Cape Town, as well as a boutique hotel in Italy and a horse farm in Normandy.

You’ve become well known for designing bar and club interiors with a sexy, masculine, luxe aesthetic. Was that always the plan? I suppose I have an innate personal attraction to darker, sexier environments. I’ve had no plan to develop a style and although I would like all my projects to feel somewhat sexy, it’s more important that the design unravels the intention of the space, if that means edgy, luxe and masculine, all the better.

So, what is it about a bar or club then? I’ve personally always enjoyed the transportative quality of stepping into a great bar or club experience. As a designer it’s incredible to create a world in contrast to reality.

Your top design brands to work with… Moroso, Cassina and MOOOI.

That dream job you’ve secretly always longed to get the call for… If I was to aim for the stars here, a luxury super yacht interior is something I’ve always daydreamed about, or converting a Victorian era building into a club or restaurant. Holding thumbs!

The very first News Cafe opened in Hatfield two decades ago. Although fresh in its day, with current customer demands the owners believe it's time ...
Voices
3 years ago

The Trumpet Building in Rosebank’s new Keyes Art Mile has transformed the street with its modern yet warm architecture. Once you have had your fill ...
Navigator
3 years ago

This contemporary Italian restaurant has plenty of buzz and flavourful, classic cuisine
Navigator
3 years ago
© Wanted 2020 - If you would like to reproduce this article please email us.

From bush to boardroom: Beks Ndlovu is forging his own ...

Jane Grimme shares a few of her favourite things

Siya Beyile gets his style inspiration from his mom ...

Voices /Profiles
© Wanted 2020 - If you would like to reproduce this article please email us.
X