Jemma Kahn and her Japanese theatre box of pictorial tricks have become synonymous with good, not so clean, fun. We chat to her about her latest and possibly last kamishibai play, In Bocca Al Lupo

Kamishibai is a form of "paper drama" storytelling that originated in Japanese Buddhist temples in the 12th century, where monks used emakimono (picture scrolls) to convey stories with moral lessons. Kahn has spent the last 5 years conveying her own version of the practice to audiences across the globe in her smash hit, The Epicene Butcher and its sequel in spirit, We Didn’t Come to Hell for The Croissants: Seven Deadly new Stories for Consenting Adults. This time, In Bocca Al Lupo focuses on a single story, Kahn’s own, and how she became – as she likes to refer to herself – an “unemployable nonsense”.

“I broke it to my parents that I was going to study fine art,” explains Kahn. “They were ok with it as long as I didn’t do drama and then after three years I went and did drama, graduated and got no work. The show starts from there.”

Lunch with Charlotte Rampling: on silly accents and being scary

Over scallops in Paris, the actress talks about tragedy on screen and off, and the need to ignore politics
Voices
2 years ago

It starts as Kahn meets “an idea of an idea of a cowboy” at a forest festival in Japan where she was teaching English in a small town an hour outside of Hiroshima. That cowboy would turn out to be Hige Rokusan, a kamishibai performer whose stage name roughly translates to Mr Beardy Six, who taught her that a box of pictures could be used to tell a story like a mask or a puppet. It is with a hybrid, four paneled version of this box that Kahn details tiny moments of her life like a real time animation, sliding panels and your emotions across the stage as she tackles depression, culture shock, cancer, and a 1980s styling concept of dressing according to colour seasons.

“It’s definitely a more serious piece,” she muses. “It’s not important with a capital I, but it is more serious.” 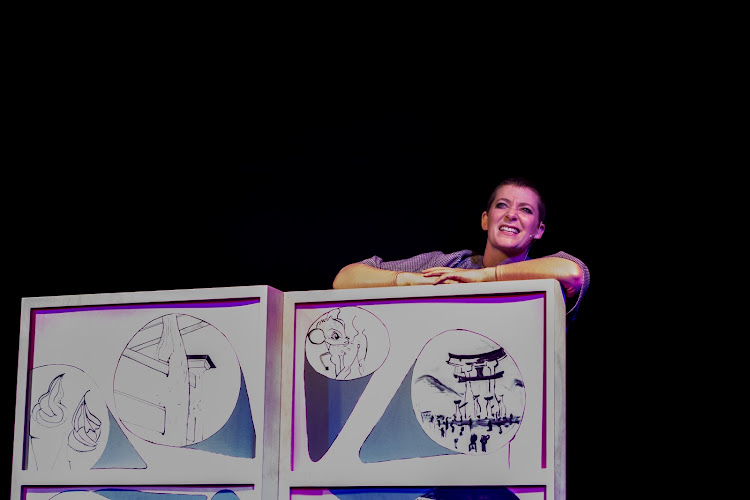 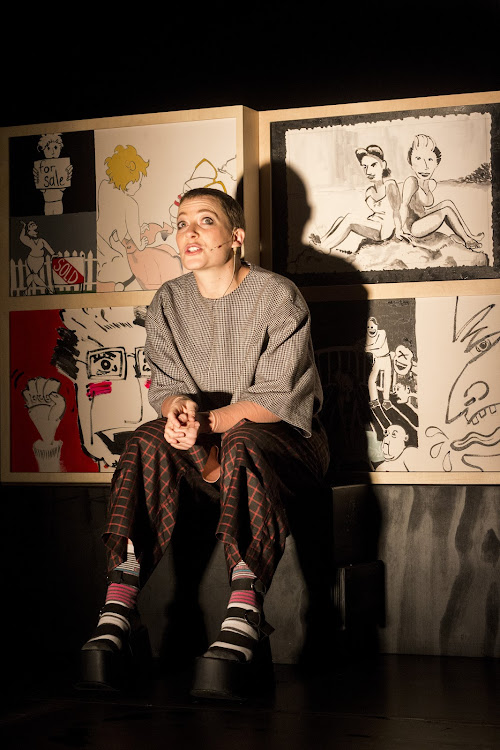 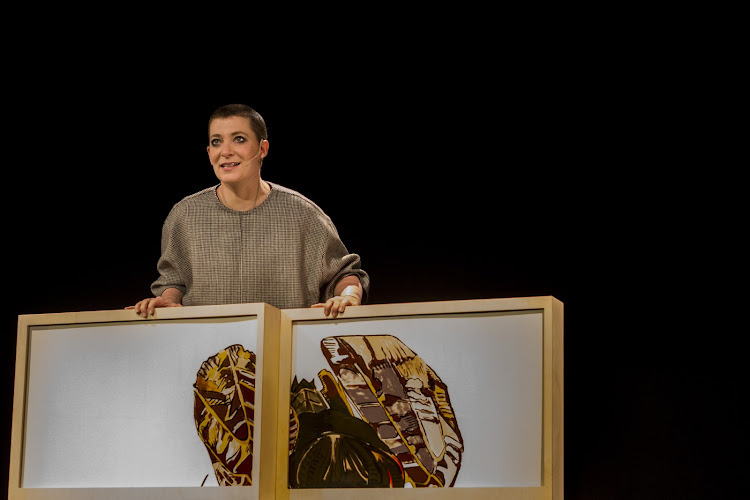 “He turned out to be a raging lunatic. I fell in love with his brain - he has a very lovely brain - but the reality of our life together was chaotic.”

The piece is a true testament to how much Kahn has grown as a theatre maker. Even though she has always been able to convey sincerity in her openness when sharing intimate anecdotes - even fictional ones written by other people - this time the story is so much more powerful because it’s not only true, it is all her own; from her 160 painted panels to most of the words.

The rest of the words were co-written with Tertius Kapp and directed by Jane Taylor, who was Kahn’s professor at Wits for a time. Kahn was able to amass what she likes to call her “fantasy football team of collaborators” in the piece and it shows, as each aspect of the play is perfectly matched to her performance. The four windowed box was made by sculptor Michele Mathison; the subtle lighting design by David Themba Stewart; the intricate sound design by Charl-Johan Lingenfelder; and the costumes, complete with an astonishing flash of gold in the end, by fashion designer Ella Buter,

As much as one could happily watch countless more reiterations of Kahn and her magical box of story tricks, Bocca is the perfect ending to the trilogy. It starts where it all began and ends with an anecdote explaining how In Bocca Al Lupo is an Italian idiom, which roughly translates to “in the wolf’s mouth”, and is said amongst theatre and opera professionals to be a place of “good luck.”  With a work this powerful, Kahn may not even need it.

“It was the hardest show to tame of the three. So you start with the show and you stay on it - hopefully you don’t fall off it during the duration of the performance - and then you tame it, you learn to ride it and then you learn to ride it well. This one took a long time to tame and now I feel like I can ride it. It’s good now and it’s solid, I can honestly say to people that they must come watch it now, it’s ok.”

Watch Jemma Kahn be more than ok in In Bocca Al Lupo in the newly opened section of the Market Theatre in Johannesburg until the 21st of May. Tickets available at webtickets.co.za

In conversation with Shepherds and Butchers director ...

Behind the scenes with Oscar Buthelezi and ...