There’s a palpable sense of heritage in the air here… from the gabled Cape Dutch architecture, to the oak lined streets, to the sprawling vineyards around its edges, Stellenbosch is a town like no other. And nestled in the heart of this historic place, you’ll find a hotel like no other too…

Having been founded in 1679 by Simon van der Stel, Stellenbosch’s fertile soil and mild weather quickly led to it producing vegetables and wine for ships stopping off at the Cape. Built just seven years later, in 1686, Oude Werf is the oldest continuously running hotel in South Africa.

Its thatch-roofed building and signature bell tower are visible in the earliest known sketches of Stellenbosch. Unfortunately a fire swept through the town in the early 1700’s – destroying the church and gutting the hotel.

Though attempts were made to rebuild it, a new site was chosen at the top of present-day Church Street, upon the ruins of the blackened church.

“This house being crowded, during the summer season, with visitors from the Cape, may with propriety be called the fashionable resort…  Here may be procured the finest fruits in the colony; our table groaned under a load of excellent peaches, apricots, and grapes... and we were well provided with excellent Roman fish… I could be contented to pass the remainder of my days there,” wrote a British officer in 1805.

Karl Otto Hager was another guest. He would become South Africa’s most prolific church architect but in 1841, still a poor painter, he gazed from the windows of the inn at the beautiful Cornelia and hatched a romantic plan. Convincing her father to be the subject of a portrait, the usually speedy Hager took no less than seven long sittings to capture the likeness of the man and eventually, the hand of Cornelia, who became his wife.

Sometime after 1889, a second storey was added in Georgian style and the hotel functioned as a “parlour boarding house” for some of the first female students at the fledging university - the origin of Stellenbosch’s first women’s sorority house, Harmonie.

Gerhard Lubbe bought the Hotel in 1972 and began its extension and restoration, which in 1981 saw archaeological excavations reveal the church’s granite foundation, pillars that had supported its roof, the likely position of the “preekstoel” (pulpit) and early (disinterred) graves - some elements of which are still visible beneath the kitchen and in the ground-floor room wing.

Now, when guests sit in the beautifully restored restaurant, they’re sitting in the exact spot where the congregation of South Africa’s first church worshipped.

Today, this beautifully redesigned ‘modern-meets-vintage’ bistro, Liefde, serves Cape classics prepared with love and a contemporary gourmet twist from chef, Albert van der Loo. From light meals for lunch, to robust country a la carte dinner specialties, the food is at once down-to-earth and (given its position) fittingly divine too.

If you’re there, you dare not miss a taste of some of the Cape’s most quaffable vintages from nearby wine estates too.

Presently owned by the Petousis hotelier family, whose Albertyn ancestors were some of the original church’s first congregants, the seamless integration of contemporary renovations and tasteful extensions in 2015 was so sympathetically accomplished that it won architects Revel Fox and Partners an architectural award from the Cape Institute of Architects.

A luxury hotel with all the comforts of 21st-century amenities, Oude Werf on Church Street is a beautiful example of what can happen when 300 years of history is both honoured and reinvigorated. 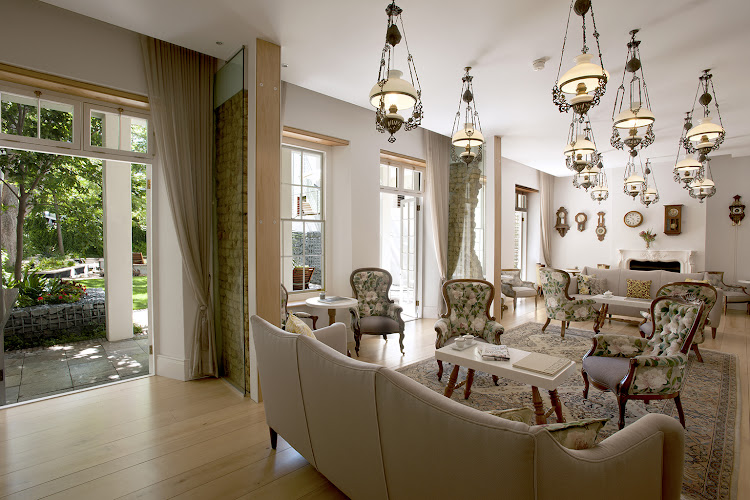 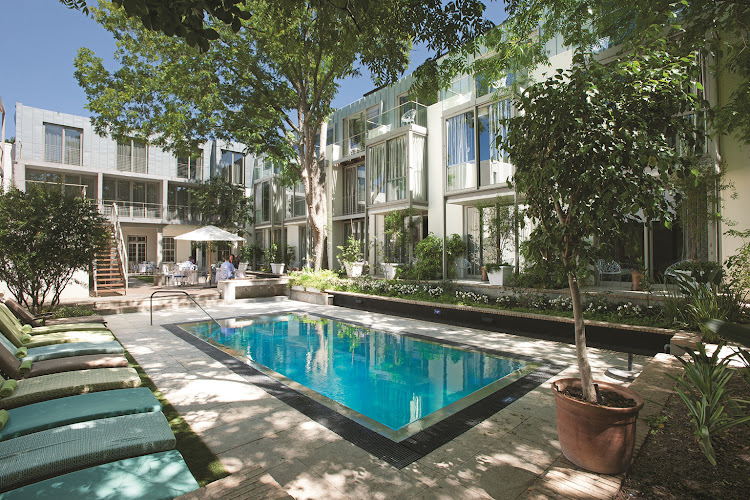 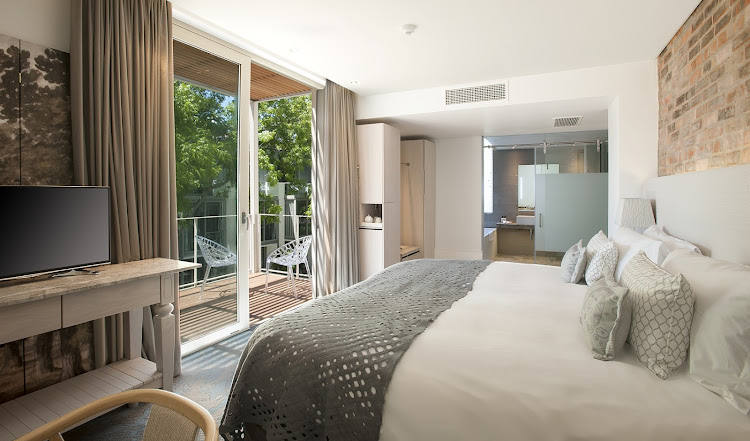 Wade Bales is the Founder of The Wine Society: wadebaleswinesociety.co.za

When wine runs in your veins

Out of Africa with Simone Musgrave

Out to lunch with Trizanne Barnard

Out for lunch with Gus Allen