Three essay films that demonstrate the power of the genre

In essay films the boundaries between fact and fiction are blurred, and sometimes collapsed and then regrafted 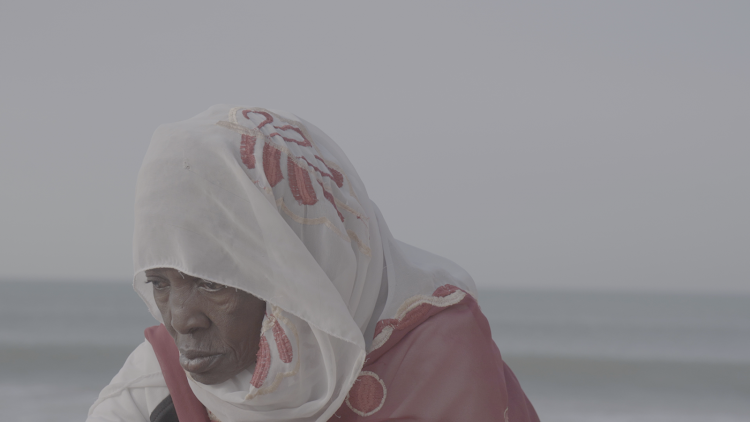 A scene from 'A Letter from Yene'.
Image: Supplied

There are fiction films and there are non-fiction films and then there is the fascinating genre of the essay film in which the boundaries between the two are smudged, sometimes collapsed and then regrafted to offer new ways of thinking not only about the fallibility of the distinctions between fact and fiction but also the big philosophical questions we all face everywhere and every day.

Here are three essay films that demonstrate the power of the genre to do more than straightforward fiction or documentary films through the smart use of elements from both.

Chris Marker almost single-handedly invented the essay film form with his 1958 Letter from Siberia and perfected it with this 1983 rumination on memory that wanders through history and between the different regions of Japan and Guinea-Bissau.

Using a distinctive combination of stock footage, archival footage, clips from TV shows and documentary footage shot by Marker, the film is constructed as a series of letters read by a nameless female French narrator and sent to her by a fictitious cameraman.

A unique and endlessly rewatchable assemblage of images that slowly work together to offer a provocative and profound meditation on everything from the peculiarities of life in Japan to the anti-colonial revolutionary thought and life of Amilcar Cabral, it’s a supreme example of the essay film’s ability to straddle the divisions between categories — fiction and non-fiction; education and inspiration; and travelogue and philosophical treatise.

Rated by many critics as one of the greatest non-fiction films ever made, it still surprises and delights, and throws up juxtapositions that create new meaning from seemingly unrelated images and ideas.

Some of its reflections on technology and the post-independence future of Africa may have aged but overall it still stands as a keenly intelligent and little bettered personal meditation on the wonders of travel and the passions that it inspires in the heart and mind to reflect on the beautiful strangeness of humanity.

Marker remained one of cinema’s most singular creators — elusive, interview and camera shy, and seldom seen — but always felt in the distinctive film essays he quietly and steadily produced over half a century until his death in 2012.

Though his career in Hollywood may never have bettered the unforgettable impression he made on the movies with his 1941 game changing debut Citizen Kane, Orson Welles remained one of the great cinematic innovators for the remainder of his life, passionately pursuing his wide-ranging interests by whatever means necessary. Perhaps no other film in Welles’ output is so impishly self-aware, deconstructive and quietly self-amused as this 1975 tribute to art and the impulse that drives people to make it.

Constructed as a part-essay on all things magic-related, part documentary investigation of an art forger and always completely unique it’s one of cinema’s best examples of cinema-as-play, while standing out as a unique contribution to the essay film that features a twinkling-eyed Welles having the time of his life.

Contagiously enjoyable on both visual and intellectual levels, it melds fact and fiction seamlessly to offer the cinematic equivalent of a magician’s sleight of hand that leaves you unsure of what is true and what is not and where the boundaries between art and real life lie. The more you watch it, the more uncertain of anything you become as Welles masterfully weaves paradoxes within paradoxes and truths within half-truths and lies that lead you down a maze that seems to be endlessly able to replicate itself without showing you any way out. Heady, clever, ingenious and very funny stuff indeed and perhaps the greatest tribute to one of the movies’ most inventive and larger than life characters.

A Letter From Yene — Mubi.com

Malian born cultural theorist Manthia Diawara began his career as one of the few and most well-known writers on black and African cinema. His 1993 book on Black American cinema remains a seminal consideration of the criminally under-explored but rich and diverse contribution made by African American filmmakers to film history and culture.

Over the course of his diverse and brilliant career as one of the foremost cultural thinkers from the continent, Diawara has also made his own films, which range from considerations of the African cinematic legend Ousmane Sembené and the writer Ngūgī wa Thiong’o, to personal essays like this one in which he ruminates on the issue of environmental impact through a reflection of the lives of the inhabitants of the Senegalese fishing village of Yene where he has holidayed for many years.

Using home footage shot on his phone, interviews with local residents and his own thoughts written in the form of a letter as narration; Diawara paints a picture of a place where the very traditions and necessities of the lives of the population have also contributed to the coastal erosion and increased urbanisation that now threatens their existence. Quietly but movingly the film asks the difficult but necessary questions about complicity and the responsibilities of those who make their living from nature towards sustaining it.

Key stats that show how unfair much of the world is to ...