… he says warily, casting a beady eye on the latest Covid reports 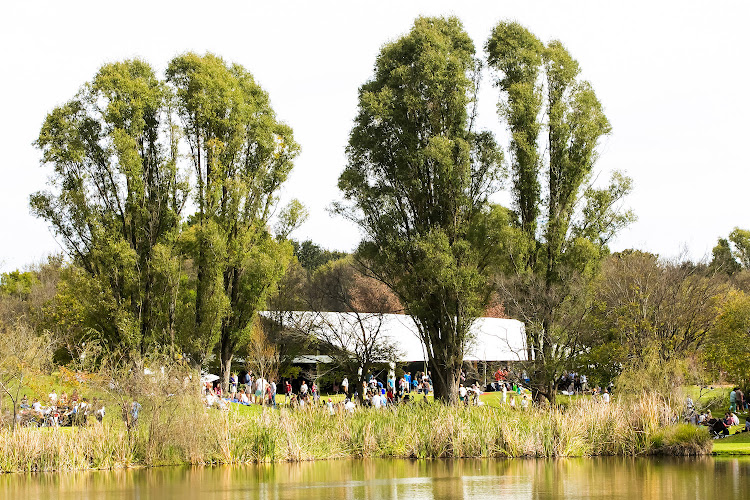 We’ve just passed another milestone in our Covid journey. Two years after the government first imposed a state of disaster, I’m starting to struggle to remember a life before Covid, which is probably why I was among those hoping that it would be allowed to lapse when the expiry date arrived on 15 March. It wouldn't happen for another three weeks.

As it turns out, even before it was finally removed early in April, the mood felt different, and nothing like the horror of the winter of 2020. But then, I must also admit to having been a bit ambivalent. I can accept the argument that this is no time to be complacent, and that some restrictions might yet become necessary to safeguard the gains we’ve made so far, in terms of both saving lives and getting the economy back at full throttle. With most of the economy already reopened, my concerns have more to do with personal and constitutional issues, having seen the glee with which politicians exercised their new, and often arbitrary, powers, where they could suddenly tell us when to jog, or what to wear, or when to go to bed. One won’t struggle to make a list of the disappointments and unkept promises of the not-so-new South Africa, but personally I enjoy living in one of the free societies of the world.

Even as life increasingly felt like it’s going back to normal, the nagging feeling that, with one stroke of a pen, politicians could give themselves an excuse to unreasonably impose their puritanical ideas on the rest of us won’t go away until the whole thing is gone. But then, on the other hand, I’m enjoying the return of the simpler things in life. I feel uneasy about a gung-ho approach that takes us back to those days in early 2020, though I’ve allowed myself to become confident that we won’t get there.

What have I missed the most over the past two years? The answer is probably a bit biased towards the things we lost the most, which would be sports and the arts. The irony is that I hardly went to any sports events in the two years before the onset of Covid-19. But I had the choice, and that matters more than the act of attending.

In football, I remember one Soweto derby at the FNB Stadium and something on a much smaller and more intimate scale — driving down the road to watch Orlando Pirates take on the former Wits University, when the soccer team still had that name and was based in Auckland Park. There was one game of cricket at the Wanderers, and I can’t even remember who South Africa played. And I was once obsessed with rugby, often going by myself to watch the Lions when they were the also-rans and defeat was almost guaranteed.I’m probably not the only person to find that, as one gets older and has children, Saturdays become less about watching big sports on TV and more about attending swimming lessons, watching football (of a much lower quality) at schools’ sports fields, and driving to birthday parties. Somehow, Arsenal bucked the trend, but otherwise watching sport stopped for me around 2011.

Perhaps that was just a love of suffering. But it’s always a bit different with music and the theatre, as they take up less of one’s premium weekend time. One can finish work, do what needs to be done with children before they go to bed, and still go to a concert or a play. So, I would say live music topped the list of the pleasures that I missed the most. When we had a slight respite in the Covid nightmare towards the end of 2020, one of my most memorable experiences was attending a concert at Nirox Sculpture Park. I remember being so full of hope that sunny day, only for it to be dashed.

Then there came beta, delta, omicron, and flight bans. I was also full of hope seeing the in-person return of the Starlight Classics concert at Vergelegen wine estate in Somerset West last month. The setting wasn’t going to be anything but beautiful, so it feels almost unworthy of comment. The music wasn’t too bad either, with its message of hope, colour, and vibrancy. At times it felt slightly sentimental, but then, after these past two years, that’s a right we have earned. Dare I allow myself to believe that these hopes won’t be dashed again?

Surely SA is the prettiest of them all?
Voices
6 months ago