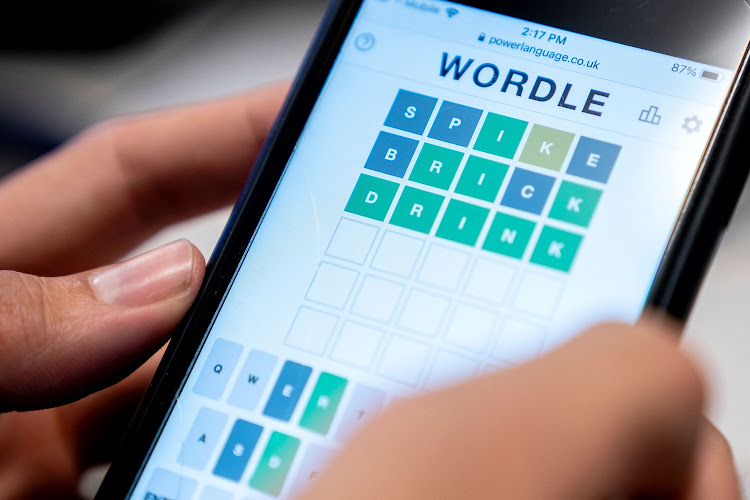 Have you done your Wordle today? Mine is waiting for me — I am three chances down, three letters in and this damn column is distracting me from my primary concern, which is the six-day streak I'm on. Frankly, I'm obsessed, and I can’t wait to wake up in the morning to my new puzzle.

A mania, as defined by the Oxford English Dictionary, is a mental illness marked by periods of great excitement or euphoria, delusions and overactivity. It's what happens when you show excessive enthusiasm or desire for something. In other words, an obsession gone rogue.

In psychological terms it describes the time before the crash — when the subject experiencing the mania is like a person in love, focused on the object of desire to the exclusion of everything else, and experiencing profound highs — a mode of insanity.

It may not include the luxuries of high-thread-count bedding and fancy restaurants, but a personal pilgrimage sounds like just the reset we all need
Voices
4 months ago

Mania, as we know, can be experienced by groups of people. A kind of mass euphoric delusion — and not just by those involved in cults or teenage obsessions. Just think of the episodes of Beatlemania and the feelings some folks have about their football teams, especially around the derby season. In the ancient world there were even packs of women called Maenads who roamed the forests and the mountains of Ancient Greece in a frenzied ecstasy, possessed by the god of wine and pleasure, Dionysus. That’s me: a Maenad worshipping at the altar of a word game I didn’t even know existed last week.

It's the kind of thing that's happening faster than you can say “Wordle” these days. Last month no one knew about the five-letter, Hangman-type daily hit. Now people are writing academic screeds about its simple appeal. It was created by a chap who works for Reddit called John Wardle for his wife who likes a word game. Wardle of Wordle could not believe his romantic gesture had gone viral — from 30 players in October last year to millions of punters by February 1.

Part of the charm is the one-hit-a-day dependency. You only get one puzzle every 24 hours. Scarcity is a kind of elusive drug in this scroll until your brain gives up and you slouch off to your corner to drool into your breakfast cereal. This is the world that big tech has created on the socials. How much better to stop staring at your screen when your puzzle is done for the day?

The pundits are cashing in with a tremendous amount of Scrabble and crossword theory to explain the appeal. It also feeds into our tendency to show off — hence people obsessively posting their Wordle streaks. It's a mania like all of them, TikTok dances included. It will pass. But John Wordle's ship came in when the New York Times bought Wordle just three months after its inception for a rumoured seven-figure sum.

Now if you will excuse me, I have a streak to maintain.

Runaway princesses of the world

Modern-day princesses from Monaco, Britain, Japan to Dubai have all made a break for it
Voices
6 months ago

Balm to my wounds

Video calls are a wonder, but nothing can compare to a touch, a taste, a scent
Voices
7 months ago

Neighbours noticed two tigers on top of a jungle gym staring at toddlers playing in the sandpit
Voices
8 months ago
Next Article
© Wanted 2022 - If you would like to reproduce this article please email us.