It may not include the luxuries of high-thread-count bedding and fancy restaurants, but a personal pilgrimage sounds like just the reset we all need 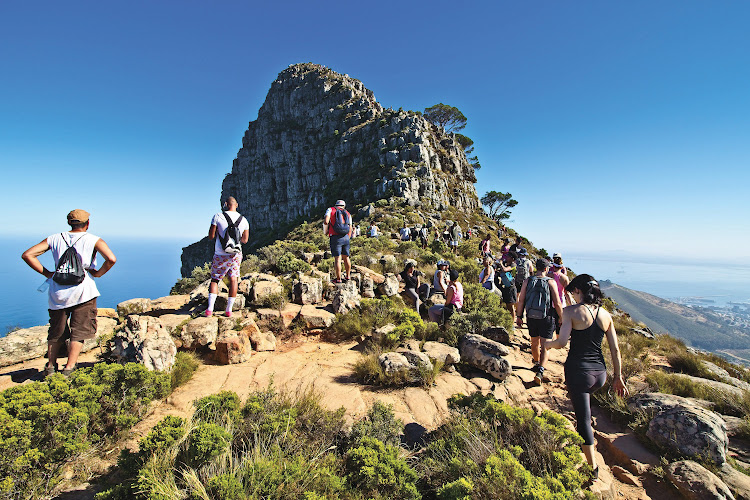 With a father in the ICU for weeks, I have watched a lot of TV. No, scratch that. In between doctors’ calls and autopilot drives to the hospital, I have watched all the TV. Good and bad, the small screen has offered endless, mindless solace. By chance, it gave me an idea as well. If you’re also tiptoeing with trepidation into 2022, it is one that might appeal to you too.

During one channel-flicking deep-dive, I stumbled upon a rerun of a 2018 show called The Pilgrimage: Road to Santiago. In it, seven British celebs (Heather Small of the band M People, for example) walk the famous Camino de Santiago. The gang takes on the 780km route across northern Spain over 15 days. The show documents this and their personal experiences. There’s plenty of complaining about “more walking”, but also a lot about the places they visit. It’s fascinating stuff. It is true that, because the walk is based on early Christian pilgrimages, it originally gained popularity as a journey of spiritual importance undertaken by people of that faith, but over the centuries that has changed.

Our bodies are irritatingly efficient, but that can be made into an advantage

When we exercise, the body will do what it needs to do to make sure that the uncomfortable experience is never as uncomfortable again
Wellness
8 months ago

Every year the route attracts over 200 000 people, so you probably know someone who’s attempted all or a part of this march already. I even know someone who met her future husband on the trail. Today pilgrims traipse through Spanish towns and the countryside, collecting stamps in their pilgrim passports and sleeping in modest accommodation, for many reasons, irrespective of religion. They trek for spiritual purposes, to grapple with questions to which they need answers, to tackle grief, for the surrounds, to hang out with friends — or even because they like a good walk.

Many pilgrims return to the Camino de Santiago again and again, but there’s an entire industry of equivalent enlightened sojourns across the globe. Researching it, I tumbled into a cavern of caminos (or “ways”, as the word translates). You’ve got hundreds of purposeful, meaningful walks from which to choose. Portugal, Japan, Wales, even Australia, have their own established pilgrim routes and, here’s the thing — so do we.

There are several smaller organised Gibbontrails dotted around the country, but it’s the Cape Camino that has caught my eye. The full route runs over 640km, takes 36 days to complete, and incorporates areas such as the winelands, the Sandveld and the Cape Peninsula. It is, however, popular to do the walk in seven-day chunks. This pilgrimage seems a no-brainer — you get to take time out, reflect, and meet new people. Plus, there’s cracking South African weather, spectacular scenery, and sacred sites, including shrines, kramats, and caves.

I really like it that, on the Cape Camino, pilgrims break the journey in mostly rural communities, and are chaperoned by locals along the route. As Peggy Coetzee-Andrew, the operations manager for the Cape Camino, explains, “The Camino has been greeted by communities with gratitude and enthusiasm. Many jobs have been created over the 640km, and hosts see the value not just in the financial benefits but also in being part of this global concept.” She goes on to add, “For many of us, our busy lives are filled with anxiety and loneliness. Walking the Cape Camino gives you purpose and the feeling of connection. It is a challenge, and at the end you’ll know how strong and capable you are.”

It may not include the luxuries of high-thread-count bedding and fancy restaurants, but, as we try to slough off the past two years of Covid- induced crazy, doesn’t a home-style personal pilgrimage sound like just the reset we all need?

For those who struggle, or to fast-track that holiday feeling, here are five zero-effort interventions that will slow you down in minutes and can be ...
Voices
6 months ago

You could pretend that you’re in Milan or Vienna, while standing at this café counter, downing your morning coffee before work, except that the ...
Voices
7 months ago