You could pretend that you’re in Milan or Vienna, while standing at this café counter, downing your morning coffee before work, except that the perfect Southern African summer weather gives it all away 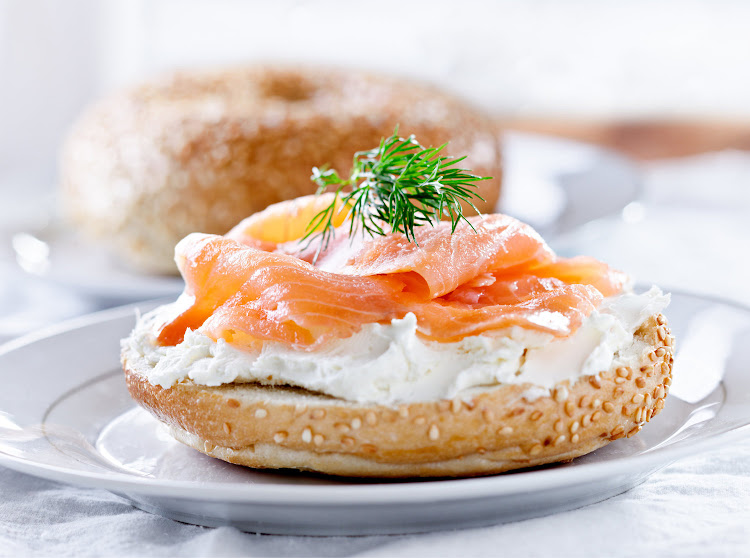 Bagels and lox and sprig of dill.
Image: 123rf.com/Rez Art

Forget the highs of a K2 summit or aurora borealis-lit skies — my bucket list is simple. All you need to do is deposit me at Giovanni’s Deli World in Main Road, Greenpoint, and lock me in for the night. Come morning, you’ll find me curled up in a cuddle of croissants, delirious from international excess and dangerous levels of sugar. I’d start with the deli counter, obviously. A restrained bit of dip-ping fresh pita into hummus and tarama would quickly mutate into a gravadlax- and English-mustard binge. I might take a break and flip through a World of Interiors before commencing my cheese sprints.

Burrata first? With some local olive oil and a glass of cava — a great idea. And with a side of Swiss Emmenthal? Scratch that, the German kind seems a more suitable accompaniment, topped with a scoop of Tiptree Green Fig Conserve. Isn’t that the perfect primer for fresh pastas, the melanzane, and Thai plum chicken? Perhaps you’re reading this diary of an aspirational glutton and feeling grossed out. I would wager then that you are a Giovanni’s virgin and, so, absolutely need to get to this three-decade-old Cape Town institution at speed.

Visit this family business and it will become a mainstay of your fantasy life too. I always stop by this bijou epicurean dreamscape when I am in the city. Usually, I order a bagel laden with an obscene stack of smoked salmon. It is best enjoyed propped up at the window seating and with one of barista Piero Tarantello’s perfect double espressos. “Grazie,” I say as he delivers this dark dose of caffeine to the table. “Prego,” he replies, indulging my Highveld Wasp attempt at being a cool Mediterranean type.

Turns out social media is terrible for young people’s self-image — who’d have thought?

If you're catching the children in the shopping aisle with bright, sweet tempting things at their eye level, why not do the same thing on the ...
Voices
8 months ago

Owner Nicolas Esposito tells me that Tarantello and his team make more than 500 cups of coffee a day. Add a further 20 000 Nespresso-compatible capsules of their coffee each month. Esposito; his older brother Giovanni, after whom the restaurant is named; and a 50-strong staff also make short shrift of selling 500 bagels daily and almost 2 000 sandwiches a week (more in summer). “Overall, we sell about 500-600kg of prepared food a day,” he adds. Then throw in all the specialised local and imported goods like cereals, chocolates, wine, and condiments that customers come to buy, and that’s a lot of stock moving. And a lot to ogle at the best of times.

But one pandemic later, and Giovanni’s has taken on a new significance. I wander through its aisles and am instantaneously teleported to destinations that have been out of bounds for almost two years. There’s the Dutch mayonnaise best enjoyed on patat eaten ambling around Amsterdam’s De Negen Straatjes, canned sardines like you had for lunch that time in Porto, and hummus reminiscent of a Nile-side evening in Luxor. Esposito’s observations make it apparent that I’m not the only one who’s been using the deli to travel without moving.

His team imports goods from 18 countries, and you understand why they’ve seen an uptick in sales of luxury international goods such as caviar since Covid hit. Ordinarily, some of his customers would have swapped our winter for the northern hemisphere’s summer, or at least been on a couple of global jaunts a year. But confined to Cape Town, food has been the next best thing — providing comfort and a tasty bite of a verboten world. And standing at their café counter, downing your morning coffee before work, you could pretend that you’re in Milan or Vienna, except that the perfect Southern African summer weather gives it all away.

This month is all about the charms of summer, past and future
Voices
7 months ago