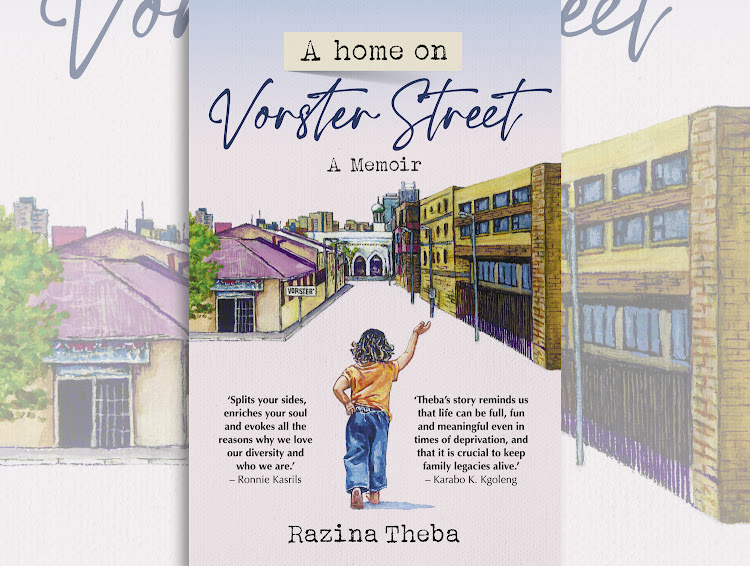 A home on Vorster street.

In a scrappy street in Pageview there is an old, blue, double-storey house. It fronts onto 14th Street and stands isolated in what was once a teeming avenue of traders in Johannesburg’s equivalent of District Six. The building houses the Fietas Museum, which displays the history of the suburb and records how, like District Six and Sophiatown, it was bulldozed to make way for white housing. The traders were relocated in the mid-70s to the so-called “Oriental Plaza” in nearby Fordsburg.

What was a lively mixture of “Malays, Indians, Chinese, Coloureds, Africans, Jews, Lebanese and Afrikaners” became a homogenised group of Indian traders in a brutal shopping mall. These traders were forced to specialise: no more general stores bursting with everything from saucepans to sequins; the stores had to narrow down their offerings.

Razina Theba’s parents started a curio shop and did a brisk trade selling Zulu love letters to tourists. She was raised as a “Plaza baby”, blithely toddling from shop to shop where everyone knew her. “For fun I would sometimes wear an African mask and walk round the shop nonchalantly when customers walked in, until my mum realised how unsettling this was for the customers and made me stop.”Her memoir of growing up in Fordsburg, A Home on Vorster Street (Jonathan Ball Publishers), is a richly absorbing and at times drily funny gathering of stories about her sprawling family and their neighbours.

There was the time her father dragged 75 clan members to a family wedding in Maputo because it was, simply, the right thing to do. They hired what had been Samora Machel’s presidential train to take them there, only to find a corrupt official had pocketed the fee and sent a few rusted, bullet-riddled carriages reeking of sewage and driven by a man with no idea of how to get to Maputo. Throw in a tide of bluebottles and 73 cases of food poisoning (she and her mother don’t eat prawns) — and it’s no wonder the journey is a favourite family story.

The Theba family — it is a Gujarati name, not Zulu, she explains — lived in a complex called The Yard, a cluster of interleading flats with a row of toilets outside at the back. There was little money to spare. Her grandmother treated ailments with home remedies: hot castor oil in an inflamed ear and broken bones set with wood from a tomato box. A wet cough could be cured by wearing a red flannel vest that would warm the chest and clear the lungs. Some ailments lasted long into adulthood — “These are the nuances of poverty.” 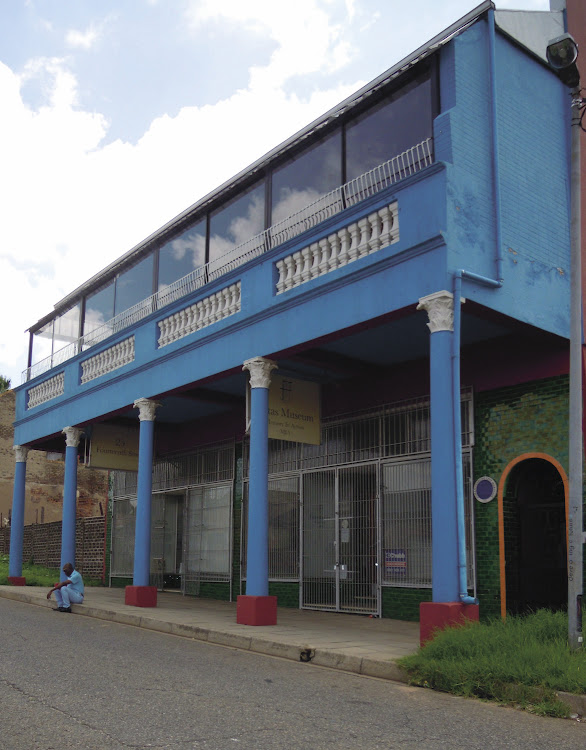 There were ghosts and djinns and dementia, and vile Aunt Farida, squasher of Christmas beetles, who flew into such a screeching rage about her son marrying a mixed-race woman that a firefighter had to carry her out of the house, naked as the day she was born.Theba doesn’t skim over the patri-archy of the society. Aunt Khatija’s family was excommunicated from the Kanamiacommunity when she divorced her

husband (she objected to the pit latrines of the marital village in Lichtenburg).They, and she, were grudgingly reaccepted when, against bitter but determined odds, Khatija became a doctor and returned to Fietas, taking special care of the women in the area.There are many doctors and professionals in this story. In one heart-breaking chapter a cousin at Wits Medical School is lost to severe mental illness. “Can a family suffer a death without anybody dying?” she asks. Then there is the activist Salim Vally, now a distinguished professor at UJ, once hunted through The Yard by the Security Branch. Theba herself is an attorney now.

She mixes warm and affectionate details of celebrations, customs, and food (the advent of the wavy vegetable cutter was a game changer) with more difficult, angry stories that reflect the appalling oppression and segregation that is still so very recent in South Africa’s history. The cousins sent to stay with relatives in The Yard because there were no high schools for Indians where they lived; the vicious teachers who got away with murder, themselves brutalised by the system and teaching the inferior “House of Delegates” curriculum; the humiliation Theba suffered at Wits where she was sniggeringly ridiculed for her pronunciation of the wholly unknown name “Champs-Élysées”.

There’s also a slyly funny passage where she tells how the new Plaza attracted whites who came for the bargains and the “driehoek koelie-koek”. In response the vendors made bloated, huge, oily samoosas to sell to them. “No self-respecting Indian would consume that heavy triangle masquer-ading as a samoosa in their own home. I suspect the green bullet chillies were not sliced very finely either. Karma has a name. It was a samoosa purchased at the Oriental Plaza in the 1980s.”

Kazuo Ishiguro, Richard Powers and Rachel Cusk make the cut, but will it be third time lucky for SA’s Damon Galgut?
Voices
11 months ago