When the actress launched an account to defend women’s rights, she hit 2.2-million followers in less than two hours 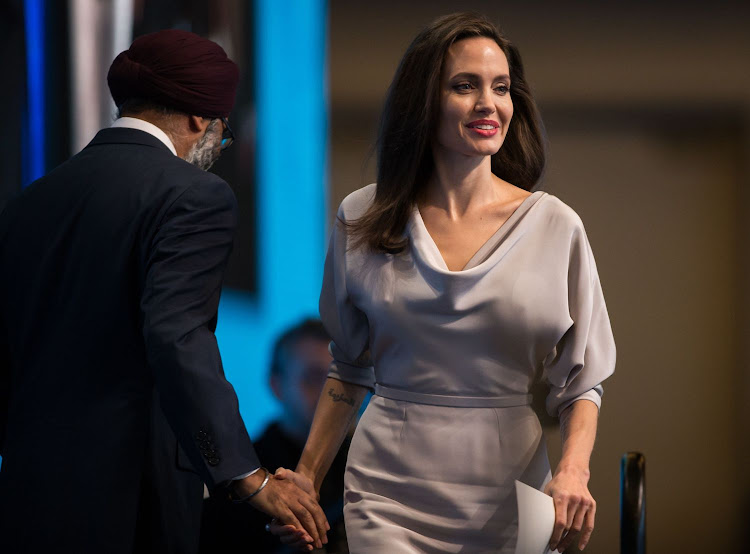 In an act of selfless humanitarian goodwill and to strike a blow against global indifference to the plight of Afghan women and girls left to the antediluvian clutches of the Taliban, Angelina Jolie has joined Instagram.

Jolie — mother of six, actor, director, producer, UN ambassador and superhero with a flying kick to put all other Hollywood comic-book franchisees to shame — joined the world of social media with a bang! She became the fastest user to hit 1-million followers. Ever. Take that, Ron Weasly. That is some real magic right there.

Rupert Grint used to hold that trophy, after he caught the golden snitch in 4 hours, 1 minute. He snatched it in a power move from the now admittedly slightly aged clasp of David Attenborough, who took gold in 4 hours 44 minutes.

But Angie, oh Angie. She hit 2.2-million in less than two hours. That is some way with the algorithm. At last count before going to print, she was sitting at close to 9-million followers. And she did not even have to show her badass moves to do it. By that I mean no ass shots for her, with apologies to the reigning queen of the Gram — Kim — despite the speculation on Kim’s implants and the apparent sudden diminution of her rear assets (which caused a flurry last week for about a social minute).

It seems heartbreaking letters from desperate girls in Afghanistan facing the prospect of long-term expulsion from formal education and the workplace, child bride marriages to elderly gents and a lifetime confined to blue sack cloth, have more traction.

Angelina is right to use her star power as a force for good. I’m sure the Taliban leadership will respond appropriately, and immediately modify their policies on this trenchant question, just as soon as they open their official Instagram account @shariamadeeasy.

Twelve members is the golden key to world domination

Police have a hit list of 12 instigators in SA’s recent looting debacle, while most anti-vax propaganda can be traced back to just 12 people, ...
Voices
10 months ago

The Olympic Games are a proxy for our feelings about things that have yet to be resolved but get played out on a global stage
Voices
10 months ago
Next Article
© Wanted 2022 - If you would like to reproduce this article please email us.