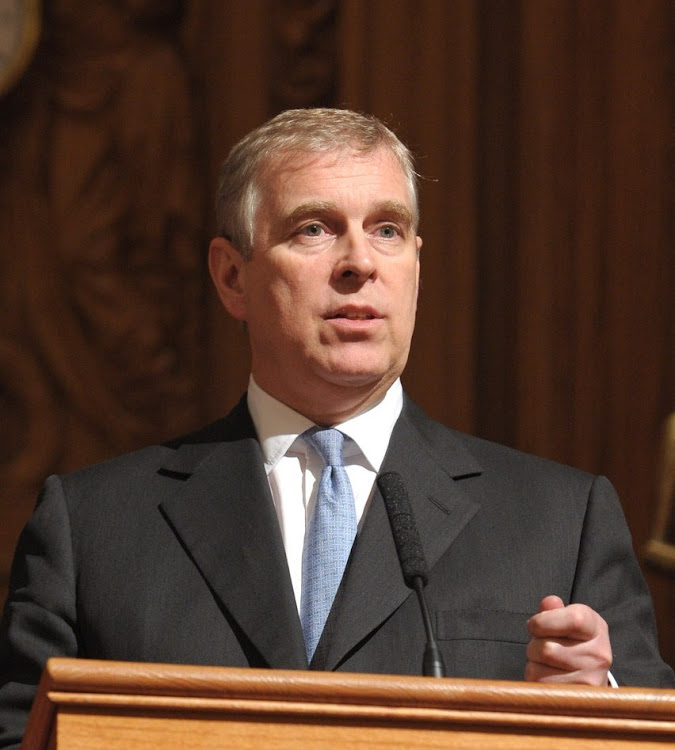 A man with a fully functioning autonomic nervous system might be perspiring profusely right now given the continued unfolding of unfortunate events surrounding him. I’m sure he’s wondering why he’s being victimised like this.

Why won’t people just let him skulk off to Mama and his very supportive former wife at Balmoral or Sotogrande or wherever disgraced princes go to lick their wounds and work out what to do now that the glad-handing, private jetting and cash-for-access schtick is over?

I mean, why won’t Virginia Giuffre (formerly Roberts) let it go? It’s only a little case of child trafficking — not like Prince Andrew is the Taliban or anything — there’s a looming problem for millions of little Afghan girls and the world to get upset about!

But it seems that Ms Giuffre is still angry, plucked as she was by financier Jeffrey Epstein and his then girlfriend, Ghislaine Maxwell, as a teenage runaway who they found working at the spa at Donald Trump’s Mar a Lago. She was shipped, against her will, all over the world as a plaything for the rich, entitled and famous.

She’s now suing the prince in New York for sexually abusing her on three occasions while she was a minor. In New York, on his “paedophile island”, where high flyers such as Bill Clinton and Bill Gates also convened for, I don’t know, high-level consultations on their investments. And London? What a botheration!

Firstly, the prince has put it on record that he did not have a sleepover at the possie of his now deceased — so beyond caring — pal Jeffrey — the mansion on 5th Avenue. He might have been a regular, what with the pics showing him escorting young women to and from the door, but this was a very, very big door and he is a prince after all. A gracious prince.

Savoir-faire is dead in the world. So is honour. Why else would he stick with his friend Jeff even after Epstein was convicted of molesting over 50 young girls in Palm Beach?

The prince says he slept at the British consul-general’s residence on the night in question. Pity there are no records of that.

Also, there’s the pictorial evidence of a little hand-on-naked-hip action on the top floor of Maxwell’s London apartment, and Ghislaine leering in the background as the Prince nuzzles up to Virginia.

The Prince of the People was actually taking his daughters, of a similar age to Ms Giuffre, for a perfectly innocent dad's night out at the Pizza Express in Woking. There are also no records of this excursion.

He was definitely not at Tramps busting a move on the dance floor with his nubile acquisition for the evening. And he was definitely not sweating, because, well, he can't do that. I just don’t get why people don’t believe him, even after he came clean about honour and stuff on Newsnight.

Great Grandpa Bertie got away with much worse — he had a loveseat installed at a brothel in Paris in a room with his coat of arms emblazoned over his dedicated shagadelic bed of joy.

Salvador Dali acquired the good king’s solid-gold bathtub for a jolly good rub a dub after the authorities shut this palace of pleasure down. I mean, for centuries the droit de seigneur was real.

*According to the BBC, Giuffre made reference to the prince “sweating profusely” in one of her allegations against him. A claim the royal disputed on 'Newsnight' saying that he has a medical condition that makes it “almost impossible” for him to sweat.

Bezos and Branson bicker over where exactly space starts

Oddball beliefs are not uncommon in the US, so it makes sense that Keith Raniere and his twisted Nxivm cult would be able to attract followers
Voices
11 months ago
Next Article
© Wanted 2022 - If you would like to reproduce this article please email us.