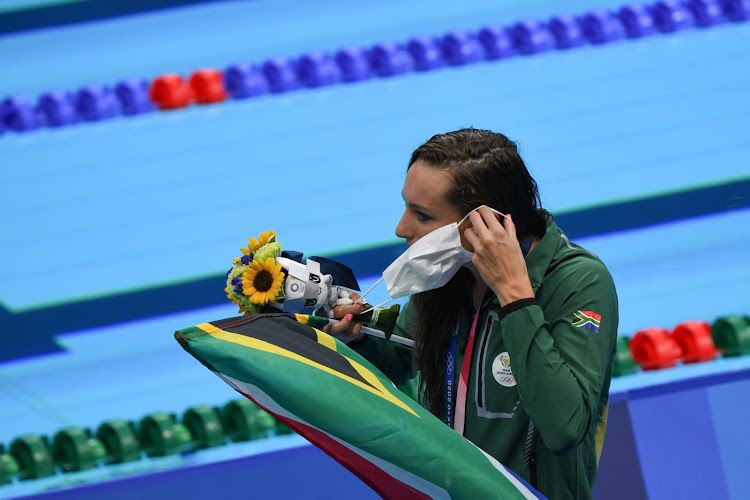 South African swimmer Tatjana Schoenmaker puts on a protective mask after posing for photographs at the medal ceremony for the women's 100-meter breaststroke during the Tokyo 2020 Olympic Games.
Image: Noriko Hayashi/Bloomberg

What are the Olympics for? I know what you're going to say — after all, I am of Greek extraction and have been drinking the magic juice of Olympic spirit at my mother’s Hellenic bosom since birth.

The Olympics are for higher-order ideas about the greatness of the human spirit and the reflected glory of human excellence as expressed in the feats of the athletes who challenge themselves every four years. They represent their nations, but rise above all that to remind us there is such a thing as universal hope for a better, peaceful world where excellence, dedication and fair play act as a social glue to bring the planet together.

Of course the Olympics are all these things, but I'm starting to think they might be performing another function — acting as a global clearing house for the niggling problems bubbling ominously below the surface in society. The stuff that has a tendency to spill over and burn all of us.

The Olympics are like a proxy for our feelings about things that have yet to be resolved but get played out on a global stage. They use the symbols and narratives of various athletic exploits to express what we're all dealing with (or not, as the case may be).

For example, geopolitics. Observe the anxious navel-gazing and tallying of medals as the US jostles with China for hardware and Great Britain wonders if the Brexit gamble is really going to bring back the glory days of Empire.

What do the medal tables say about that? Their nations’ athletes, so many little soldiers on the map of global domination and anxiety for past glories.

Or athletes as a golden miracle balm for national wounds — think of Tatjana Schoenmaker, a lightning rod for our genuine need for better days, her gold a symbol of hope that we cherish as a salve to ease the despair of the past few weeks and channel trust into our collective future.

Her win is our win. SA might break the record and prove what? That we stand for fair play, universal peace, justice and the hope for a United SA?

Swimming caps have been flagged as areas of contention for debates about black hair and equal participation and there have been weird arguments over female athletes’ uniforms.

And take the New Zealand trans weightlifter, Laurel Hubbard, who’s become the face of the gender spectrum debate and also a fallible human who, like the rest of us, failed to register lift. [She became the first openly transgender athlete to compete at a Games in a different gender category to the one in which they were born, but after a failed attempt to lift 120kg and two failed efforts at 125kg in the snatch, her competition ended.] 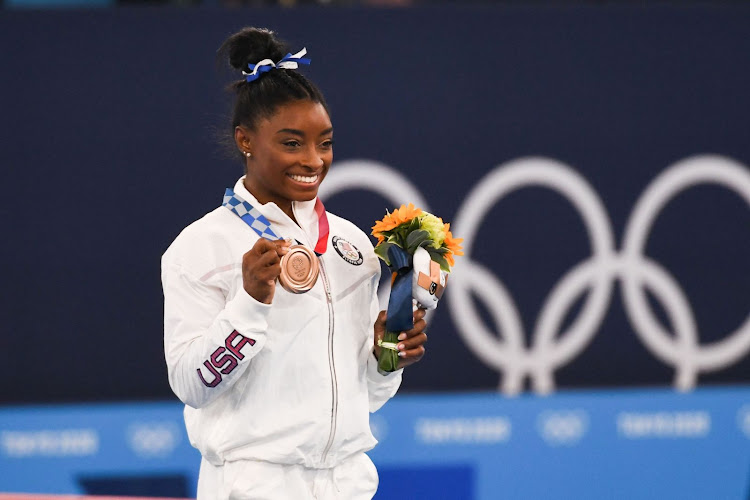 Maybe all that weight on her shoulders was too heavy a burden to bear. It’s a lot.

Just ask Simone Biles, the greatest of all time (GOAT) — a physically transcendent being whose small frame shook the earthly bounds of space and time and then caught an all-too-human case of the prosaic “twisties” — a condition I know well. The way I understand it, it’s when you're suddenly struck by an almighty sensation of “WTF is going on?”

She embodied the entire planet’s experience of two years of physical and psychic displacement and gave us the solution. The champion showed us that it’s OK to pause, take some time, and, if you find you can, to go on, get back on that balance beam and try your damnedest not to give in to the voices in your head.

My goodness, that bronze medal she won after quitting then coming back means everything — it's what the Olympics are for.

Oddball beliefs are not uncommon in the US, so it makes sense that Keith Raniere and his twisted Nxivm cult would be able to attract followers
Voices
11 months ago

Even 'curator' carly de jong's title (MD in more traditional settings) tells you something about the brand's fresh new take on hospitality
Travel
1 year ago
Next Article
© Wanted 2022 - If you would like to reproduce this article please email us.