With the world gradually opening up again, and people thirsting to travel, there’s no better guide 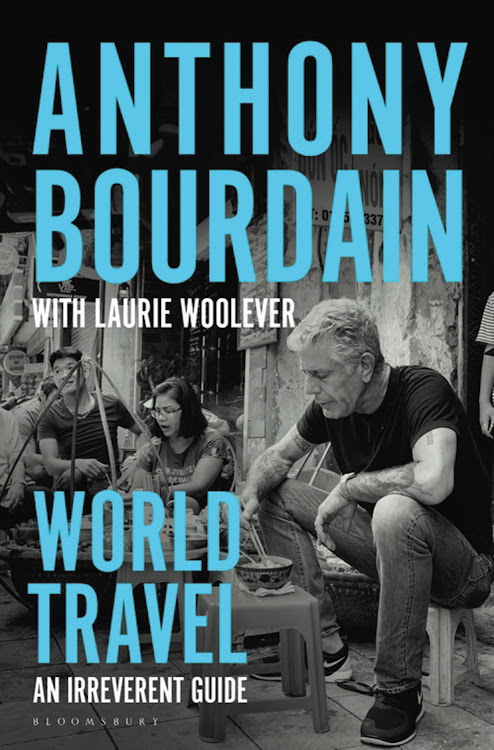 Whenever I hear righteous sourdough makers fretting about their starter — its stiffness or sniffiness or bubbliness or whatever it is that is most desirable — I hear these words in a deranged and drunken voice: “Feed the bitch or she’ll die!”

They come from Anthony Bourdain’s first book Kitchen Confidential, now 20 years old and as wildly entertaining as it was when it first appeared. Bourdain had spent two decades as a chef, mostly in New York City, and wrote this exposé of what really goes on behind the swing doors of restaurants. Badass doesn’t come close. The critic AA Gill called it “Elizabeth David written by Quentin Tarantino”. Here’s a sample: “You might get the impression from the specifics of my less-than-stellar career that all line cooks are wacked-out moral degenerates, dope fiends, refugees, a thuggish assortment of drunks, sneak thieves, sluts and psychopaths. You wouldn’t be too far off base.”

One of his underlings was “Adam-Real-Last-Name-Unknown”, whom Bourdain called the psychotic bread baker, given to 36-hour coke-and-booze benders. When he couldn’t get up off the floor and into work he would phone and beg Bourdain to feed his dough starter with fresh yeast or it would die. “Feed the bitch!” he would shriek, sobbing. And Bourdain would have to wrestle the “massive, foaming, barely contained heap”, which was pushing up the weighted-down lid of a 35-gallon plastic drum, and spilling onto the table where it was stored.Bourdain in full flight made the TV show Hell’s Kitchen look like a Montessori classroom and Gordon Ramsay a nebbish.

Tattooed, calloused, scarred, mop-haired, and with an on-again, off-again drug problem, Bourdain had no idea when he wrote it that he would become a global household name, sell millions of books, win multiple awards and, most importantly to him, experience little-known cultures and showcase them on television for the rest of the world.Out this month is a bookend to Kitchen Confidential titled World Travel: An Irreverent Guide (Bloomsbury). It contains some of the last words written and spoken by Bourdain before he died by suicide in 2018.

The book is a collection of nine stories, ranging from horrific tales of revenge to an Aesop-like fable about gullibility
Voices
11 months ago

He and his longtime assistant and amanuensis Laurie Woolever had started planning the book, and she had taped their meetings and made notes, which she has now gathered into a travelogue of sorts. Forty-three countries are featured, with Bourdain’s reflections on the place, memories of meals eaten, hotels stayed in, and stories he was told, and augmented with more detailed travel information by Woolever.

We learn where to get the best yakitori in Tokyo and where he once ate a 15-course, three-star sushi meal in just 20 minutes. In Glasgow, surprisingly one of his favourite cities on Earth, he eulogises the custom of deep-frying everything: “I want to go no deeper than the bottom of a bubbling cauldron of hot grease. It’s calling to me: A happy place from my past.” There’s his favourite Deco bar in Miami, favourite seafood tagine café in Tangier, favourite chop bar in Accra. In Sri Lanka the creepy, “Graham Greene grand colonial in a post-colonial wartime” hotel is besieged by crows. A man armed with a slingshot keeps them away from the guests having breakfast.

As always, you can taste the food he describes: blue-corn tortillas stuffed with spinach and zucchini flowers in Mexico City; spicy tilapia pulled from Lake Naivasha in Kenya; sticky whole-hog barbeque in Charleston. Head to Tobago rather than its twin, Trinidad, he advises. “Tobago is what you hope for when you waddle away from the buffet on the SS Norway cruise ship. Lazy beach days, boat drinks, villas, all set to a calypso beat.”

Don’t bother with breakfast in Rome — scoff a pastry cornetto and an espresso and make plans for lunch instead. In the suburb of Glasnevin in Dublin there’s a bar known locally as Gravediggers because it is built into the wall of an early cemetery.

Stay at the Raffles Hotel in Phnom Penh or the book-stuffed Hazlitt’s hotel in Soho in London.

Walk the ramparts of the ancient Jaisalmer Fort in Rajasthan, open an umbrella in the perennially rainy Vancouver.

It’s good to travel with Bourdain for the last time, to be reminded of his curiosity and empathy, his dry observations and unholy wit. With the world gradually opening up again, and people thirsting to travel, there’s no better guide.

Societal demands placed on men are unrealistic and dangerous, the writer says, yet the gaps in her argument are hard to ignore
Voices
1 year ago

This 'secret history' exposes the outrageously wealthy Sackler family, whose fortune was built on the back of the US opioid crisis
Voices
1 year ago