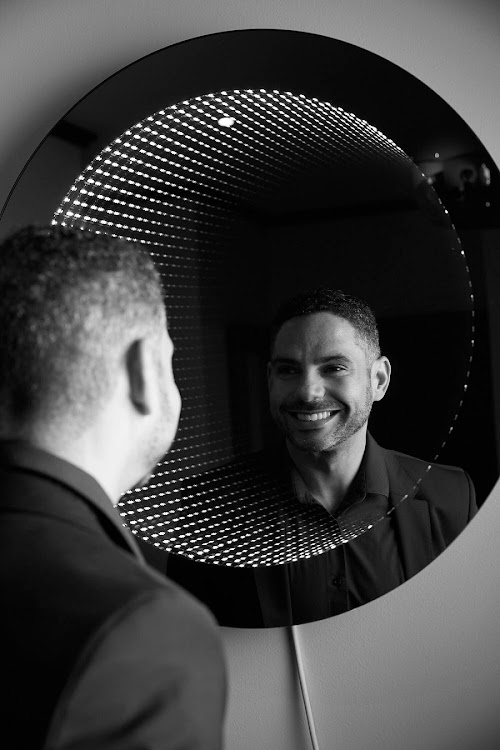 Bradwin Roper says his parents are the people he most admires.
Image: Simz Mkhwanazi

Perhaps the things that best define the remarkable Bradwin Roper, the 36-year-old CEO of FNB Connect — other than his spectacular career trajectory — are his relentless drive and energy.

He seems to be fired by a kind of generative spark for progress that has led him from toddlerhood (as a child of divorced parents growing up in a “tiny little flat in Eldorado Park” in close proximity to his single mother, domestic-worker grandmother, brother, aunt, and cousin) to the succession of C-suites he now seems destined to occupy. He seems perfectly at ease with both the C-suite — and his background.

“I have fond memories of growing up. We got by. We made things happen,” he says. Things like a localised version of Wimbledon: a street-tennis championship with two strings for the net and old wooden rackets. “We have such a strong sense of community. I really cherish that.” His secret superpower seems to be his powerful connection to family.

“My parents are my heroes. When asked whom I admire most in my life, my mom and dad are always the answer,” he volunteers. “My mom was always working and studying. She started as a personal assistant in the bank, and after a couple of degrees became the head of human resources for global multinationals like Philips and Siemens. Dad was a serial entrepreneur — credited with bringing Dell into South Africa — one of the founding Black IT pioneers in the country.”

In fact, the founder of investment group Convergence, Andile Ngcaba, paid a moving tribute to him when he died of cancer late last year. “My parents have done wonderful things with their lives. Ultimately, my siblings and I just want to make them proud. I really like the fact that I grew up in a township. At times we would be worried — where would the loaf of bread and milk come from? I feel like I have lived many lives already.”

Academically speaking, that is spot on. A series of full academic scholarships took this bright spark from Parkdale Primary to the Deutsche Internationale Schule, and finally on to Dainfern College where he graduated as the head boy. His childhood and education grounded him and gave him the ability to empathise with people from all walks of life. He studied chemical engineering at the University of Cape Town and calls himself a “bit of a nerd”.

He was deeply saddened by the sight of students dousing the recent fires at Smuts Hall on the campus of his alma mater. “I was brought to tears by the sheer bravery when I saw the video. It was home,” he says “Our res was right by the library. I remember studying there until it closed for the day.”

After finishing his degree, he joined Unilever’s graduate programme. He got to research cutting-edge formulations and work with a global, multidisciplinary team — learning, as he defines it, “the art of possibility”. He found himself gravitating towards taking things to market and understanding the business and societal impacts, so he moved on to business-process engineering, and banking — a milieu in which he has thrived, moving rapidly up the corporate ladder.

Roper has an innate understanding of processes that have an impact on customers and their money. “It reminded me of my childhood,” he recalls of the process of re-engineering the loans business at FNB. “For us, the bond was the biggest debt. A family topic, not just my mom’s issues. It makes an impact on millions of people’s lives.”

This empathetic and hands-on approach to the technology and processes involved underscores his management style. So, it is not surprising that, at the tender age of 29, he was appointed CEO of the FNB sales and service contact centre. The job saw him managing 2 500 people and accounting for 1-million customer interactions a month. His star really was on the rise, as before he knew it, he got whisked away to FNB Lesotho to take up the CEO position there. 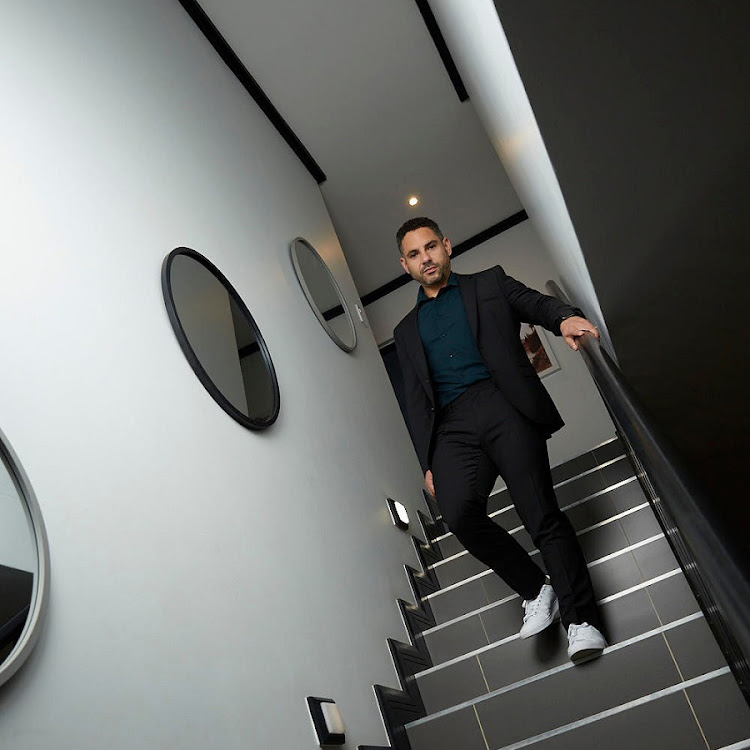 “The biggest divide in the world today is whether you can or can’t connect ," says Roper.
Image: Simz Mkhwanazi

“When I left the sales and contact service centre, the highlight was walking the floor, and people were ululating,” he says. “It brought me to tears.” Lesotho was a gratifying experience, he says. “It was running your own bank, dealing with treasury, various ministries, regulators… My team and I collectively managed to turn that business around.”

He says he was super lucky when he applied for the CEO position of FNB Connect when the former CEO moved to Naspers. The unit has grown the customer base for its sim-card business to 815 000. “It’s such a disruptive model,” he says.

“The biggest divide in the world today is whether you can or can’t connect — so much depends on it. The pandemic has put this into stark relief. It’s vitally important, for families, for education, for enterprises of all sizes. The work that we’ve done in the space is the most meaningful. We have democratised access to data and devices, while being disruptive inside the FNB app, which has morphed into a full-on virtual retail business — it’s terribly exciting. We are aligning to future megatrends: gaming, the internet of things, and behaviours. People spend their money where they hang out in social spaces, and, increasingly, these are moving online.” Roper is still “incredibly connected” to his community.

“I would like to be a beacon of hope to youngsters, to show them that anything is possible,” he says. “I really believe in the idea that you should leave the world a slightly better place because you are here for a brief moment in time. I work with a very simple leadership philosophy. I know just how little I know about the world, so I try to surround myself with wonderfully keen minds — and then make sure that they are equipped to thrive and shine as best as possible. I always create opportunities for young talent.

Someone took a bet on me, and I realise the unearned privilege that I sit on. To be a man in a patriarchal society — I got an education — it is unearned privilege, and I must channel it towards something meaningful. The thing I am most proud of in my organisation is the graduates I recruited and mentored, who are now taking up amazing leadership positions in the organisation, such as the first Black woman who succeeded me as CEO of FNB Lesotho.” I beg to differ with him on one thing. I think his success is earned. He is just too humble to see that.

I train six or seven days a week ... I really enjoy being physically active, but it is more a mental thing

As we wind down our conversation, he tells me that he was once morbidly obese. “I treated my body as this vessel that would carry this brain around. I worked out that if I didn’t respect my body and everything about my life, I would be out of kilter.

So, now I train six or seven days a week — mountain biking and gym. I really enjoy being physically active, but it is more a mental thing.” He confesses that he’s a “4am clubber”, getting up at this wee hour, meditating until 5am. “And then I’m usually one of the first people to knock on the door of the gym,” he says.

What excites him most about his job? “To be on the cusp of where technology meets human problems,” he says. “We have moved through hardware and software. I would like to think that we are now heading to ‘human ware’ — where the technology helps us become better people. I see my career growing towards how we can solve these grand problems by leveraging technology, data, to make the world a better place.”

Try to catch Roper at dawn.