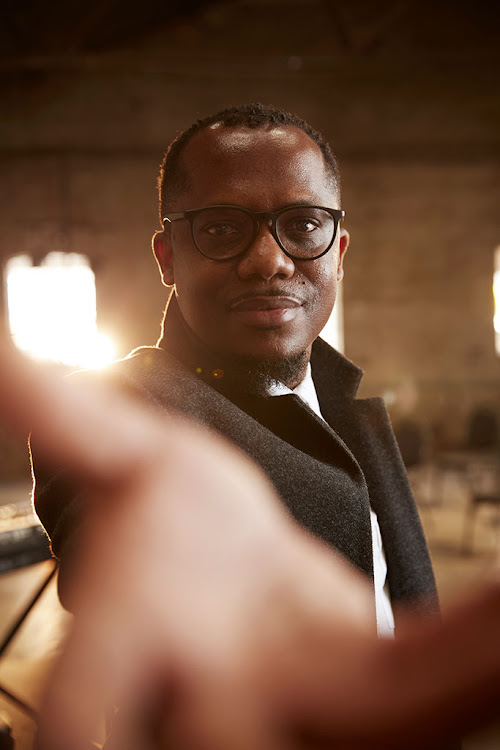 Growing up in the Botswanan border village of Ramotswa, Phala Ookeditse Phala recalls that “the section of the village we lived in was quite stony so running and playing football were not ideal”. As an asthma sufferer, Phala was not really made for sports, which he found “quite tedious”. So when a trainee teacher at his primary school gave him a part in The Merchant of Venice, he was bit by the theatre bug, which would shape the course of his life.

He didn’t understand all the words, but he knew from that young age that he “liked being in front of people and embodying a character who wasn’t me. I felt like I was hiding in front of people in plain sight because they were seeing someone I was portraying as opposed to seeing me. For me, that double effect was interesting. It felt like the nearest thing to ‘abracadabra’, and it felt like I was doing something extraordinary in that kind of way.”

Phala’s parents were political exiles. His father was a member of uMkhonto WeSizwe and the family house had always been home to ANC and PAC refugees from neighbouring South Africa. Phala was raised with a keen understanding of apartheid and the political realities of the time.

At first, his parents thought his theatre bug “was something that would go away, as every parent hopes. They thought I would eventually leave it behind and then, when I didn’t, it became a little bit of a problem.”

After completing his national service in Botswana in the late 1990s, Phala joined an industrial-theatre company. “I didn’t think I was doing industrial theatre; I was just doing theatre. It didn’t matter that it was theatre that I was doing for HIV or road safety — theatre was theatre,” he says. After several years working in this field, he made a conscious choice to pursue theatre studies at Wits University. “I saw something that I could make a career out of eventually.”

He went on to obtain a master’s degree from Wits but describes his experience at the university, “as really about understanding the things that I had already learnt for myself and what they meant and what people called them. It was an experience of learning and relearning and that made my approach different because I didn’t take university as an authority for knowledge. For me, education has always been a conversation with other people, as opposed to people telling me what to do.”

He believes that his approach to education was shaped by his grandfather. “He always believed the way to understand knowledge is that there is something that you know that makes you enquire about something. If you know nothing you will always get nothing, but if you know something then you can mix all those different kinds of ways. That was a pragmatic approach that he instilled in us from a young age. We would learn mathematics from assembling a car engine from him. He wouldn’t ask for a number-12 spanner, he would say, ‘Give me three times four,’ and then we would have to calculate before we could give it to him. It was an education that I came to value later. When it was happening, I didn’t see it that way, I thought he was the most difficult person to work with,” says Phala.

While completing his master’s, Phala collaborated with actor Tony Miyambo to develop a one-man play adaptation of the Franz Kafka short story A Report for an Academy in which an ape named Red Peter, who has learned to act like a human, presents the story of his transformation. Kafka’s Ape won a Silver Ovation Award at the 2015 National Arts Festival and went on to tour extensively in theatre festivals around the world. In 2017 Phala and Miyambo were invited to perform the play as part of the first season programme for William Kentridge’s Centre for the Less Good Idea in Maboneng. “I fell in love with the centre because of its vibrancy, but also because of its lack of expectation — you weren’t asked to conform to anything. It was the first space I saw that I was totally in agreement with.” Since then, Phala has continued to work closely with the centre, serving as the co-curator for its fifth season with founding animateur Bronwyn Lace. Now he’s taking the reins as overall animateur of the centre, although its planned run of performances for season seven were unfortunately disrupted by Covid-19 restrictions.

“The centre is always about incubating new works and the artists are at the centre of that. The word ‘animateur’ frees you because it means the person who gives energy to the space and that’s it; that’s my job. I activate the space by bringing in people to do different things. What they do in the space is theirs, they own their ideas. We’re just encouraging new ways of doing things and bringing new artists to make new work,” he says.

With the disruption of planned performances of the seventh season last year, the centre has begun to extensively use online spaces such as its YouTube channel and Instagram account to keep its work alive and available to audiences. Phala is enthusiastic about these new ways of creating. “People are finding new ways of connecting that have been birthed by the fact that we’re in a restricted situation. Limitations have given birth to new ways of approaching and thinking. Nothing beats the physical connections of human beings, but that doesn’t mean that everything is totally bleak. We can find new ways of doing things.”

Season eight of the centre’s programme is still scheduled for live performance, together with a selection of works from season seven, towards September/October this year. It will focus on the theme of breathing and mythologies. “While Covid itself may not necessarily be the direct subject of future work, many of the things it’s brought to light certainly will. I don’t know if it will reach the heights of a disease like HIV, in terms of inspiring work, but it will be with us for some time in the way that it has been able to disrupt things.”