Debbie Hathway speaks to Charlize Theron and Misty Copeland about their connection to the brand, the team, and the new Chronomat pieces 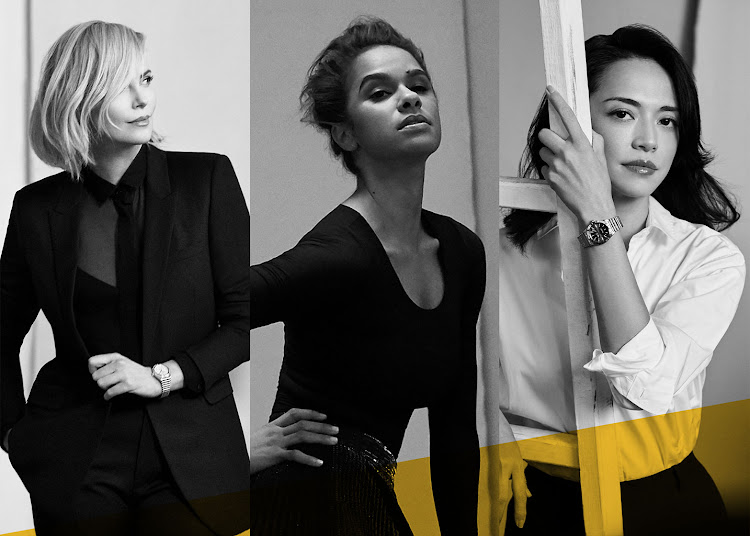 Breitling’s new Chronomat 36 and 32 have been specially created for women who embody style, confidence, and an active lifestyle — just like the brand’s Spotlight Squad, made up of our own Charlize Theron, American Ballet Theatre principal dancer Misty Copeland, and actress Yao Chen. Theron and Copeland share their thoughts on their connection to the brand, the team, and the new pieces.

I am curious about what made Theron fall in love with Breitling and whether she knew of it before she was invited to join #squadonamission.

“Yeah, I was aware of it. I mean it’s pretty impossible to not be aware of Breitling. I remember seeing print ads or commercials, and always considering them in the top tier of luxury brands. So when they came to me it just felt like, wow, this is really special. Nobody had to tell me that this was really special. I was very chuffed with myself, let’s just say that, that they reached out to me. Because I knew that this was a very high-quality brand.

“The more I did research on the company the more I loved this essence of responsibility. This essence of wanting to take something and really make it better, and also understanding your marketplace and who your client is. The fact that they have been making really beautiful watches, and also two-dimensional watches for women since the ’40s, was something I really responded to.

“Then it’s a no-brainer. Once you meet Georges [Kern, Breitling’s CEO] and you see what they’re aiming for, how they believe in the interconnectedness of a team, people standing together — that was something that was really intriguing to me too. It wasn’t just a single-face campaign, it was a community coming together. We all bring something different to the table. I really loved that aspect of it,” says Theron.

All three Spotlight Squad members have shattered the stereotypes clinging to their gender and respective fields. Theron won an Oscar for Best Actress in 2004 after playing a serial killer in Monster. In 2019, she starred in and co-produced the drama Bombshell, for which she was nominated for another Oscar. Straight after the round table, I watched her latest movie, The Old Guard, which she starred in and produced, on Netflix. I had seen the back story on the training for this gripping action epic, and was, quite simply, spellbound.

When I consider Copeland’s connection to Breitling, words like strength and resilience come to mind. I ask what about Breitling aligns with her values and resonates to the extent that she was happy to join the Spotlight Squad. “Definitely, those things. There are so many things that people don’t consider with a ballerina, and I’m happy that you said strength because I think more recently that people, especially in America, are understanding all that it takes to be a dancer, and to be a ballerina,” says Copeland.

“There’s definitely a sense of tradition, putting in the work, persevering to make something look effortless… this versatility, creating something that’s going to be classic. I think all these values align with who I am as a dancer and as a person. When I look at those adjectives you’d think I was talking about a Breitling watch. There are so many similarities, as a dancer: all the work that goes into the small, minute details of training eight hours a day and producing a beautiful piece of art that Breitling creates.”

Copeland is wearing the 36mm bicolour, her favourite Chronomat in gold and steel. “I’m a ballerina and have worn way too many tutus in my time, but I’m not overly feminine. I feel like this watch is more diverse. I can wear it with anything and it works. I like the bigger, more masculine feel, and yet it’s so delicate and classic and timeless,” she says. 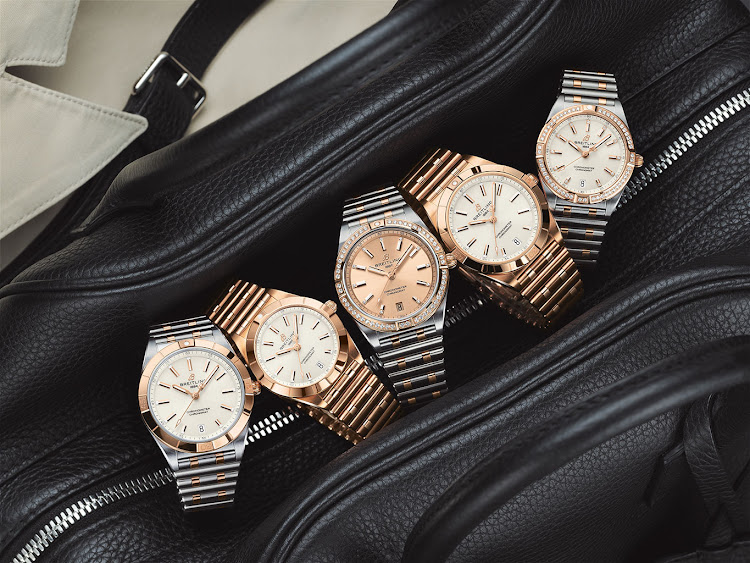 Theron, wearing the 32mm, agrees with Copeland. “It’s that feeling you get when you put a watch on… I also don’t like having the watch dictate to me what I should be doing. I can go to the gym with this watch, I can wear it tonight for dinner, I can wear this whenever I want to. That’s tricky for women. We want texture, we want things that have a juxtaposition, like the texture of the band and the smoothness of the face, the strength of the metal and the femininity of the diamonds. We’re not easy, but when you get it right we’re really happy. I think women are going to be really excited by having the freedom of picking a watch that will fit into their lives.”

The new Breitling Chronomat is for active, stylish, confident women Charlize Theron stands out for her work to promote peace as well as women’s and LGBTQIA+ rights. In 2007, she founded a charity, the Charlize Theron Africa Outreach Project, to support African youth in the fight against HIV/Aids. In 2020, her charity helped launch Together for Her, a global campaign against domestic violence during Covid-19. Theron has been a UN Messenger of Peace since 2009.

Misty Copeland has been devoted to diversity, equity, and inclusion in classical ballet throughout her career. She is an ambassador to the Boys & Girls Clubs of America, of which she is also a National Hall of Fame alumna, as well as MindLeaps, which uses dance to help youth in post-conflict countries like Rwanda. In 2020, she partnered with the Entertainment Industry Foundation to launch Swans For Relief, which helps ballet dancers around the world cope with unemployment during the pandemic.

A haute couture collection of ladies’ timepieces from Vacheron Constantin