Where to from here? Empty airports signal a bleak journey ahead 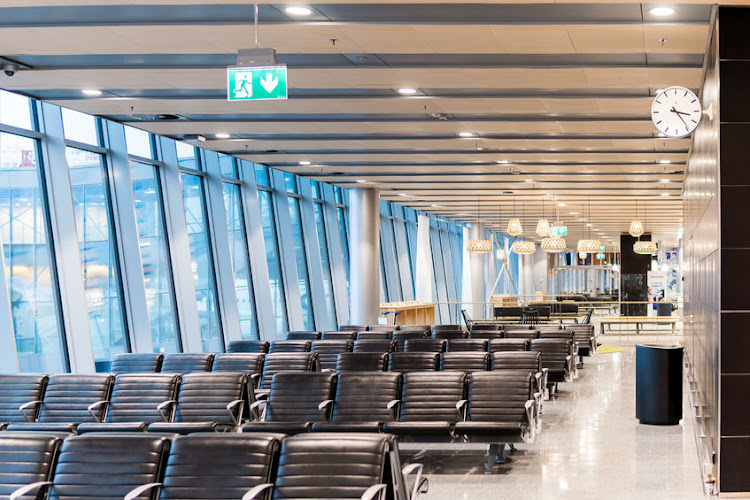 If airports without people is the future, then it’s a bleak one.
Image: 123RF / Aleksei Iasinskii

So much has been written since March about how the Covid-19 pandemic will transform aviation. It’s one thing to read the headlines and quite another to experience it first-hand.

On a 12-hour stretch in October, I managed to go through OR Tambo (the busiest airport in Africa) and Heathrow (one of the world’s busiest airports), before making it to Edinburgh.

The buildup to the trip to OR Tambo was stressful enough, to say the least. Just the things you now have to consider before flying. Given an option between departing on Monday and Wednesday that week, my first thought was, “What if I wake up with a cold or sore throat on Wednesday?”

So it seemed to make more sense to go sooner rather than later. And that week, Scotland was due to introduce new Covid-19 restrictions. As unlikely as it was, the thought of the skies being closed again was another factor in the decision-making. This is just a new level of uncertainty that those of us who had gotten used to the globalised world getting smaller couldn’t have imagined before March 2020. Using an airport as a benchmark for the state of the economy might not be the most conventional thing to do, at least before now. But walking through OR Tambo International, it was clear why we have an economy that’s set to shrink about 10% in 2020.

The official Reserve Bank forecast is a drop of just over 8%, while the Organisation for Economic Co-operation and Development sees a drop of more than 11%. The travel agent’s advice to get to OR Tambo as early as possible because it was going to be “very busy” proved to be wildly off the mark. Instead of arriving four hours before take-off, I was slightly late after a nervy Uber ride that took place just as Joburg’s famed thunderstorms made their return for the season.

As it turned out, I needn’t have worried — the whole check-in process, including the passport checks, was done in just 10 minutes. One normally expects to wait a long while before getting sorted for a London-bound flight. Not this time.

Using an airport as a benchmark for the state of the economy might not be the most conventional thing to do, at least before now

And on the other side, no crowds or people rushing into the duty-free shops to scoop up nicely priced, high-quality South African wines. In fact, the wine shops were closed and hardly anything else was open either. Cape Union Mart and high-end clothing store Boss were among the few shops operating, with no customers. The business traveller who expected to kill time at one of the airport lounges? They were also gone.

This was the time of the year when tourism businesses across the country would normally be gearing up for their busiest period. The site of an empty OR Tambo was just a reminder of how this is definitely going to be a year like no other. At the time of writing, the government’s travel regulations had banned tourism traffic from some of the busiest markets.

And I couldn’t help wondering where everyone was. The men (always men) who used to hang around and offer to carry one’s suitcase in the hope of getting a tip, the people working in the bars and coffee shops, and the suppliers of traditional curios that would normally make it to many a tourist’s last-minute shopping bag before heading off to Europe and elsewhere.

The government has said it will review the list of countries from which leisure travellers can enter South Africa every two weeks. That uncertainty is just another killer — perhaps more so than the lack of business today. If OR Tambo without people is the future, then it’s a bleak one.

Deal or no deal? Brexit, the never-ending story

The UK and the never-ending Brexit saga is a story that just refuses to go away, writes Lukanyo Mnyanda
Voices
1 year ago