Machepha's work has a strong, outward societal focus. He tells us ... 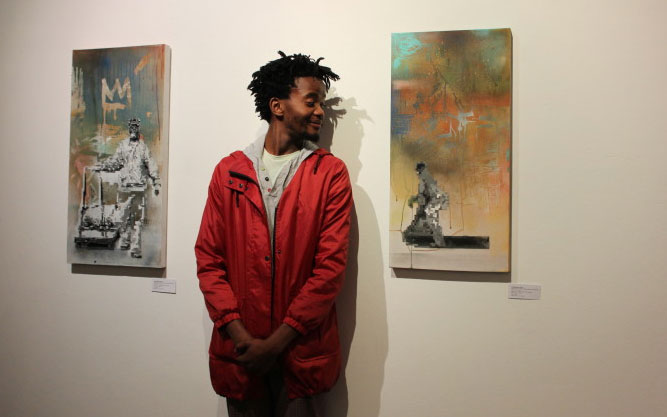 Zwelethu Machepha was born in 1990 in Soweto. On completing high school, Machepha attended art classes intermittently at both the Johannesburg Central Library and at the Joburg Art Gallery, discovering in the process what can only be described as a mine of innate talent and technical capability. Encouraged by his mounting enthusiasm for visual artmaking, Machepha completed a printmaking course at a specialised institution, which he characterises as his only formal training.

“I made a conscious decision to take my art seriously in 2010, when I said to myself, ‘Fuck it’, and took a leap of faith,” Machepha recalls. “I quit my job, enrolled in the printmaking course, and started to produce artworks. I was motivated by the fact that art allowed me to become myself and gave me the ability to do what I wanted; it was a turning point for me as a creative.”

Machepha is a multi-disciplinary artist by nature, but is currently focused primarily on drawing and portraiture. “I don’t have a preferred medium: the materials I work with include but are not limited to fine-line pens, charcoals, embroidery, acrylics, Indian ink, watercolours, and pastels.” The charcoal portraits that currently feature most prominently on his Instagram page are a testament to the artist’s highly developed sense of the complexities surrounding personhood. These works give the illusion of a continual flicker, of motion suspended on the page, evoking dynamic features that deny the viewer a definitive snapshot of the identity of Machepha’s subjects. Multiple faces dance across the plane of a single head; transience and synchronicity are at the fore of his renderings.

“The works were meant to go on exhibition at the 1-54 Contemporary African Art Fair in New York, but things are on hold due to the pandemic. So, I’m keeping busy and working on studio projects,” Machepha says. 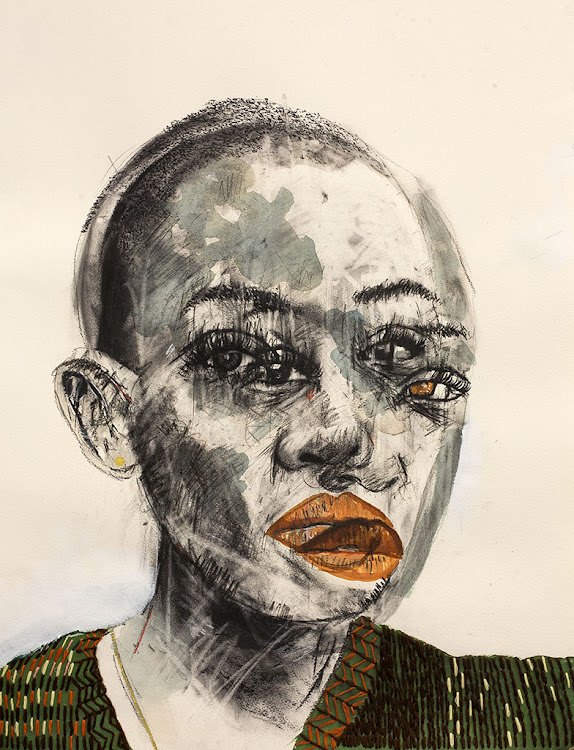 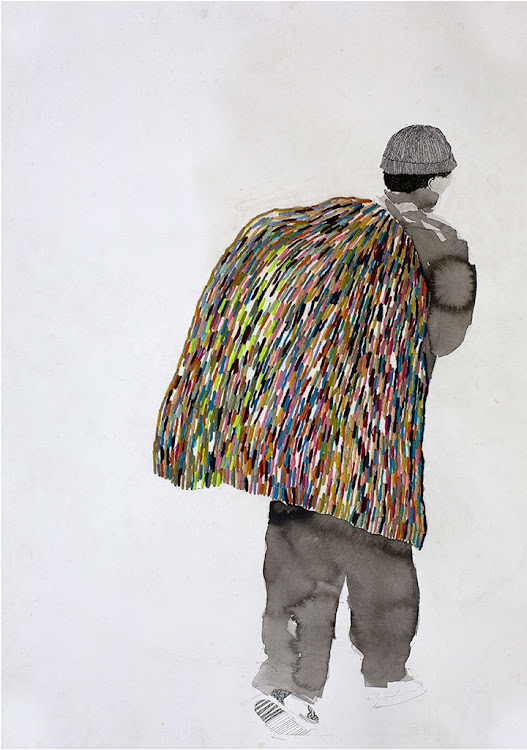 In terms of local influences, he admires Themba Khumalo, Nhlanhla Nhlapo, Lady Skollie, and Nelson Makamo, to name but a very few. “I have not been following a lot of [international] artists, but I am inspired by Bisa Butler, Kerry James Marshall, Ryunosuke Okazaki, and Joana Choumali, a visual artist based in Côte d’Ivoire — I think her work is mind-blowing.”

Machepha has participated in an array of exhibitions and has had residencies at Assemblage in South Africa, and in Italy at the Centro Luigi Di Sarro. That said, he’s known to be reticent and somewhat shy about discussing his work; wary of lapsing into a state of self-obsession. Given the outward, societal focus of most of his artworks, this is not entirely surprising — he is evidently always working in service of overlooked contingents of South African society.

This is perhaps most notable in Slaves Without Masters (2017), a striking collection of visual documents that narrates the activities of South Africa’s waste reclaimers. Sometimes called South Africa’s “street surfers”, these men and women are after all an omnipresent but voiceless cultural force, which has only recently begun to attract critical discussion. In this respect, Machepha was three or four years ahead of the curve, but I doubt that his humility would permit him to acknowledge it. 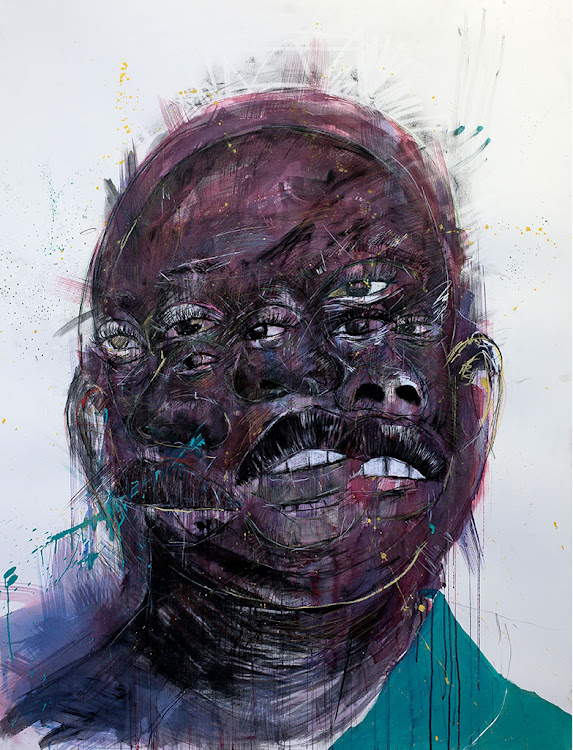 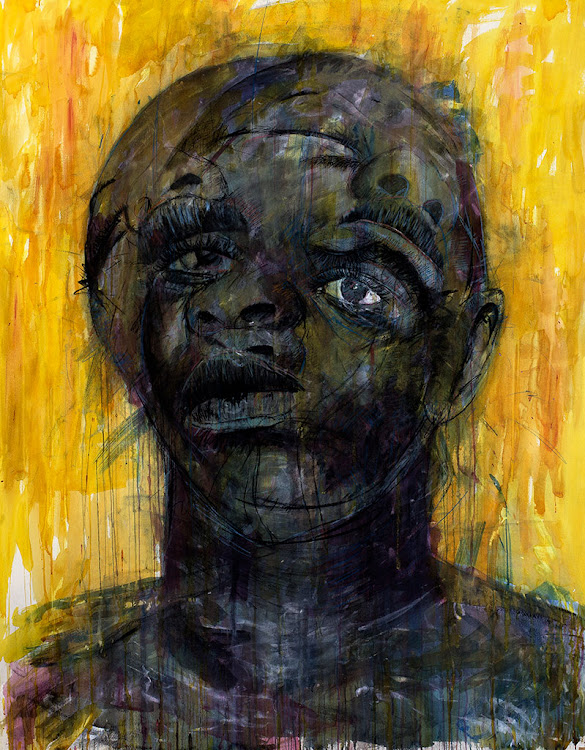 Machepha has made the most of the rare solitude the global pandemic precipitated: “I have not been negatively affected by Covid-19; instead, the quiet time has encouraged me to engage with my work more, and has allowed me time to play, to be more expressive than experimental.” He does not think that the significance of art is peculiar to the moment; or, if it is, “maybe it is for people who are only experiencing (or engaging) with art now for the first time. Art has always been important and valuable; it’s the best therapy that offers us healing at the moment. That alone creates the value of art: the fact that it offers you more than a prescription.”

Making it: These six local creatives have got the goods we want