Performer Lynelle Kenned captured South Africa’s attention with her voice and talent. Now she’s gearing up to offer us more in a deeply personal way 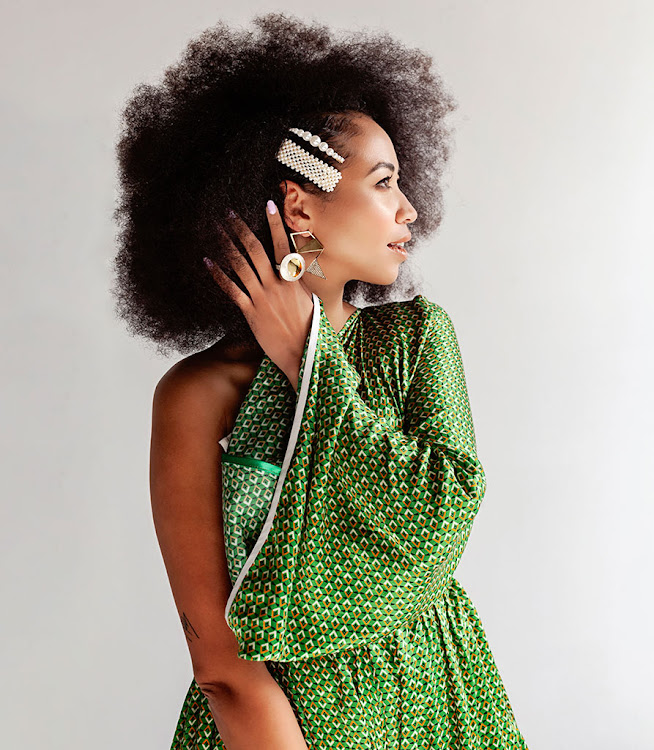 There’s something about the way that Lynelle Kenned constantly transforms — through the performing arts and her life — that is chameleon-like. It is swift, effortless, magical. But it’s her most recent manifestation that offers a new, important power in our suddenly mad world. The acclaimed opera singer has turned her attention to death companioning.

To hear Kenned sing is to be transfixed and amazed. Yet — and rather appropriately, given her recent branching out into pastoral care — at one point, the opera singer, musical-theatre performer, MC, actress, and TV presenter was destined for a career in medicine.

At the precipice of making her decision, the Paarl native had a date with fate when she went to see the Cape Town Opera’s production of Showboat. “I was 17 when I noticed [opera] for the first time as something that I wanted to pursue. Classical music was always part of what my family listened to, what I was exposed to. I just never took [opera] seriously before it started looking like a viable career option.”

It was while honing her opera skills at the University of Cape Town’s South African College of Music that Kenned made her first career divergence. In 2012 she entered a TV presenter search for the popular programme Top Billing. She may have finished as a runner-up but she still managed to tick off a bucket-list item: performing live with world-famous mezzo-soprano Katherine Jenkins during one of the segments.

In 2013 she was offered the opportunity to “start from the bottom up again” and join a David Kramer production, which meant learning new skills in musical theatre. Since then, she has gone on to perform in a number of successful productions, including as the lead, Maria, in West Side Story. Over the past few years, she has continued exploring the arts, taking on film roles and MC duties at corporate events.

When I meet Kenned, she is without her trademark curly afro. She recently shaved the sides of her head. It’s an act of partially letting go of the physical way in which she has been represented. “For so long, my hair has been my trademark. It is what people recognised me by,” she says. “After the initial five weeks of lockdown, the essence of what was left of me was so stripped that I felt the need to also just let go, in a physical way, of something that represented that,” she says. As an entertainer, Kenned has been in the eye of one of the hardest-hit industries as future performances and festivals have been cancelled indefinitely.

“With the [Covid-19] artists’ relief fund people had hope of receiving some assistance because we were all in this boat together, where no one was responsible for it but this was the reality of what we were facing,” she says. But as the weeks went by and only a small fraction of those who had applied for relief received assistance, the young performer drew a powerful conclusion. “I think what’s been beautiful to realise is that there’s such a sense of community and resilience. The artist’s spirit really comes alive during these times when people have their backs against the wall. We are at the forefront of innovative ways of reimagining and recreating ourselves,” she says.

One way Kenned is looking forward is through her recent certification in death companioning, a course offered by the American School of Thanatology (the study of death). She describes it as a “crash course tailored around what the pandemic is bringing about”. During the three-week course, participants are tasked with understanding their own ideas around spiritualism as well as their relationships with death and mortality.

Life is giving us the opportunity to take stock in a way that we haven’t had to before. It’s jarring and of course it’s going to be uncomfortable, but it’s so beautiful

For Kenned, this was particularly significant as she as she had experienced a loss, the grief of which she had not dealt with. “Five years ago, I went through the experience of losing my mom to cancer. Retrospectively, when I look at that period of my life, I was so ill-equipped to deal with that loss. The people around me didn’t know how to support me through that. I didn’t even know what resources were available to help one through a loss like that,” she says. “That was a big year professionally for me, so I just threw myself into work. I didn’t know what healthy grieving looked like.”

Kenned believes the pandemic has opened up an opportunity for society to be better equipped with not only physical loss but also some of the “shadow losses” that have resulted. “I realised that there is such a big need and such a gap in society for people doing death education and supporting people who are going to be dying, whether it be through terminal illness or even Covid,” she says. “Not just that, but also to be able to support the people that have to deal with living beyond the loss of loved ones, or the loss of life as we knew it before.”

Despite the new challenges and an altered reality, Kenned is optimistic about the future. “I’m taking the time to think: ‘What is the art that I want to create?’ If I’m going to create, who do I want to work with, and what can I explore outside of the arts?” she says.

She is also reflective about the current state of affairs. “Life is giving us the opportunity to take stock in a way that we haven’t had to before. It’s jarring and of course it’s going to be uncomfortable, but it’s so beautiful. The potential of what can be birthed from this wonderful space is us admitting to our own humanity, letting our walls down, and really engaging with each other in a compassionate and empathic way.”

Carolyn Steyn, newly appointed to the board of the Johannesburg Philharmonic Orchestra, believes in the power of music to inspire hope
Voices
1 year ago

Graham Wood speaks to him about winning the 2020 Standard Bank Young Artist award for Visual Art, the past, and the future
Voices
2 years ago