Isolate and enjoy: Why the art of collecting during lockdown is pretty stupid 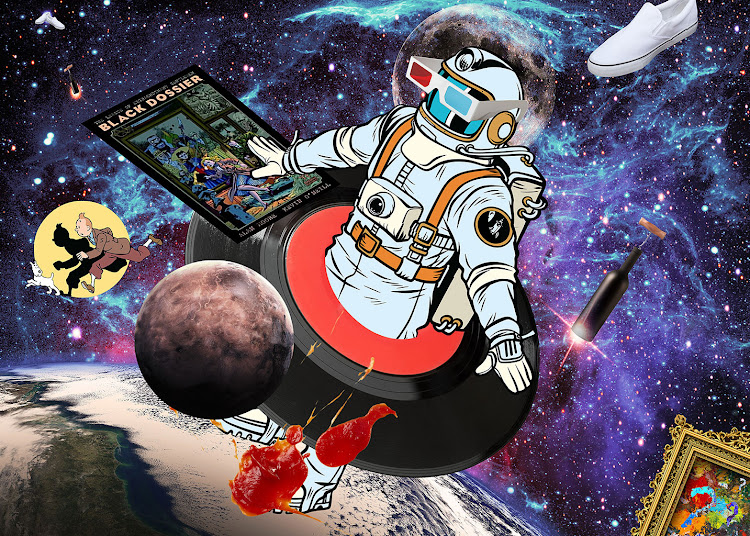 I was once dizzyingly shat out for reading a comic book.

The book in question was called The League of Extraordinary Gentlemen: The Black Dossier, a hyper-acclaimed work written by celebrated author Alan Moore that, at the time, was something of a white whale. Due to a bizarre publishing dispute it was impossible to buy outside of the US. You literally had to be physically present in America with a shabby fistful of cash to get it. What this meant was that the book had taken on an almost quasi-mythical status amongst non-American comic readers. It was The Book You Couldn’t Own. So, obviously, a friend and I spent the better part of a year trying to make an arrangement to get our hands on it. The result was a rather convoluted plan involving co-opting one of his brother’s business trips, a caravan of trained African swallows, a maraschino cherry, and two people in a pantomime horse costume smuggling a carrot. But we eventually got our hands on two precious (and rare) copies.

Picture perfect: Graphic novels, the genre that the in-crowd are reading

Now, one of the peculiarities of this book was that the final chapter had been illustrated with a 3D effect and included in the book itself was a pair of cardboard 3D glasses that you were meant to cut out and assemble in order to read the last chapter. Which, of course, I did. Because I wanted to read it. Which is what then prompted the Biggest Shitting Out of All Time by my comic-book co-acquirer.

By cutting out the glasses, I had defiled it. It was no longer of any value. No-one would want it now. I had essentially drawn devil horns on the head of the Mona Lisa in koki pen. In contrast, my companion had read his copy only once, and without opening it far enough to crease the spine (which if you’ve ever tried is a supremely terrible way to read a book), then put it back in a specially-designed plastic sleeve, never to be opened again.

Comic books are actually quite odd things if you think about them. Cheap, plentiful and, most importantly, designed to be consumed and then forgotten, they’ve somehow quite often become the opposite of that. Collectors manically seek anticipated titles, store them in their plastic sleeves — sometimes without ever even reading them — and keep them for their future value. Specific issues of particular comics are almost religiously revered. A copy of the first edition of Action Comics #1, which features the first appearance of Superman, sold for a reported $3.2-million in 2014. But even contemporary comics can fetch a pile — a mint-condition copy of the first The Walking Dead comic sold for $20,000. But outside of these specialist collector circles they revert back to being what they inherently are: somewhat niche, disposable entertainment. Like so many “valuable collector” items, it’s the collector community that creates the value.

Sneakers (only white), art, whiskey, cookbooks, movies — all of these things have become stuff I’ve ended up collecting rather than just owning one or two pieces of and being happy with that

And the problem is that I can’t even be too snarky about this mania, because, confession time, I am actually a chronic collector of things. It’s so deeply ingrained into my being that it might as well check how my prostate’s holding up while it’s there. I’m hugely committed to the idea of assembling groups of things. I can’t just have a couple of vinyls lying around. No, now I must go and scour the racks of weird backroom shops every weekend to find the right pressing of such-and-such recording of Spencer Ratgut Whateverface from 19-voetsek. I’m not content to just enjoy wine. No, I must build a special wine rack that takes up most of an entire wall of my living room so that I can collect the stuff. Sneakers (only white), art, books, board games, magazines, whiskey, cookbooks, movies, Tintin ephemera (yes really) — all of these things have become stuff I’ve ended up collecting rather than just owning one or two bits and pieces of and being happy with that. And up until this point it was the ownership of those things that made me happy. Simply that. Being able to walk into a room and know that yes, those were my things that I’d grouped just so and there they were. Waiting for me.

But… waiting for what?

Because do you know how stupid a collection of pristine white sneakers is during a lockdown? Very fucking stupid.

Come Corona, and with the abrupt right-turn of a Kardashian video confession, suddenly a treasured wine collection has become something supremely pointless to just look at, while storing it for some unspecified future date. I am suddenly hyper aware of the delicious red liquid inside those bottles and that said Previously Unspecified Future Date has basically just kicked down my front door like a TikTok celebrity. I’ve started looking at the paintings that hang on my walls in a very different way. Do I actually like that artist? Or was I just accumulating their work so that I could get more of them? The stupidly large array of cookbooks has been feverishly taken down and plundered for recipes I’m actually cooking, rather than idly looked-over once a month as a rainy-day fantasy of the food that will happen on some vague future occasion.

I had this theory a long time ago that I always found quite difficult to articulate properly, but I’ll try again here. It went something like, “Collections often cease to have meaning when the collector is no longer around.” It was somewhat founded on a story about David Bowie after his death. It turned out that Bowie had accumulated a lot of art that was professionally deemed as “pretty good” but not really “important”. It was mostly pieces that had made him happy, with not too much fuss given to whether it was valuable or fashionable. As a result, one or two pieces went to museums and wealthy individuals, but the rest was sort of put out to general auction, and the idea of David Bowie’s Art Collection, the assemblage that he spent his life putting together, sort of dribbled away, never to be seen as a group of things ever again.

So, cut out the 3D glasses, uncork the 2006 Rubicon and drink it with your lockdown-hoarded spaghetti bolognese. Throw away the plastic sleeves and bend your books wide open as you read them. Take your cookbooks into the kitchen and let them get spattered with olive oil and tomato sauce. This is their actual value and the time is now.

New book provides much more than insight into what shaped his genius — it is a fine guide for the uncommon reader, too
Voices
2 years ago