Beukes' latest book is so prescient, so true-to-life that it chills the reader to the marrow 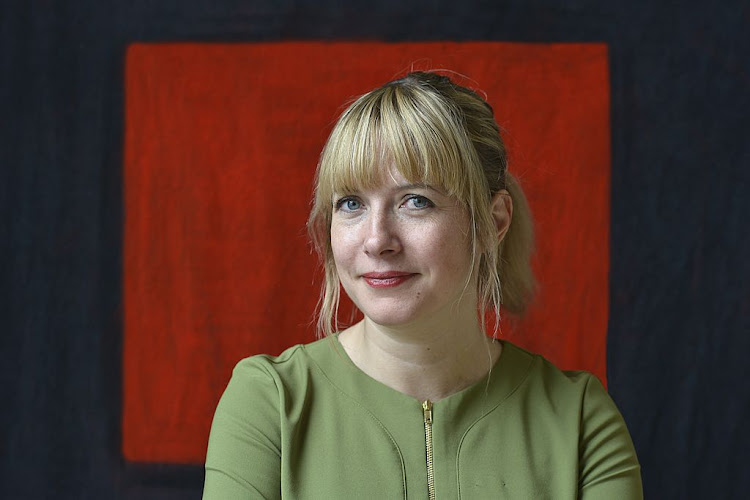 Novel described as “high concept” can be tricky. Often it is a polite way of signalling “interesting idea but a hot mess”, or “boldly goes where no book has gone before or should go again”.

Not, however, if the author is Lauren Beukes, the It girl of SA literature. Beukes, with her lagoon-blue eyes and matching hair, owns high concept. She is a writer of thrilling imagination that she hitches on to virtuoso storytelling, her strange worlds brilliantly realised but just recognisable enough to throw our own into unsettling relief. It is no wonder that she counts Stephen King, George RR Martin, and Neil Gaiman as fans, or that she has racked up several major awards, including the prestigious Arthur C Clarke.

But even Beukes could not have imagined that her latest book Afterland (Umuzi) would be so prescient, so true-to-life as to chill the reader to the marrow. After all, she started writing it five years ago.

Says one character: “But then Eric got sick, and so did Devon, and then no one was flying anywhere. You can’t imagine how much the world can change in six months. You just can’t.”

The story is set a few years from now, in a changed America. Ninety-nine percent of the world’s male population has been decimated in a pandemic, a virus that targets only men and boys. Cole and her American husband Devon had travelled from Johannesburg to Atlanta with their son Miles for a family reunion. Now Devon is dead and Cole and Miles are on the run. Miles, just 12 years old, is resistant to the disease, called Human Culgoa Virus, and everyone wants him, or more specifically, his precious sperm. It’s not only the authorities wanting to run tests on him, but Cole’s grifter sister Billie is also trying to sell Miles for a fortune to a private bidder. Blessed Be The Fruit, indeed.

Beukes has the ability to get under the skin of cities and her novels have a particularly vivid sense of place: the heaving Hillbrow of Zoo City, for instance, or the collapsing buildings of Detroit in Broken Monsters. The road trip of Afterland provides a wide-open canvas for her: a grotesque Book of Mormon sculpture park in Salt Lake City, an abandoned golf estate where billboards promise “Eagle Creek: Where Living Your Best Life is Par for the Course!” 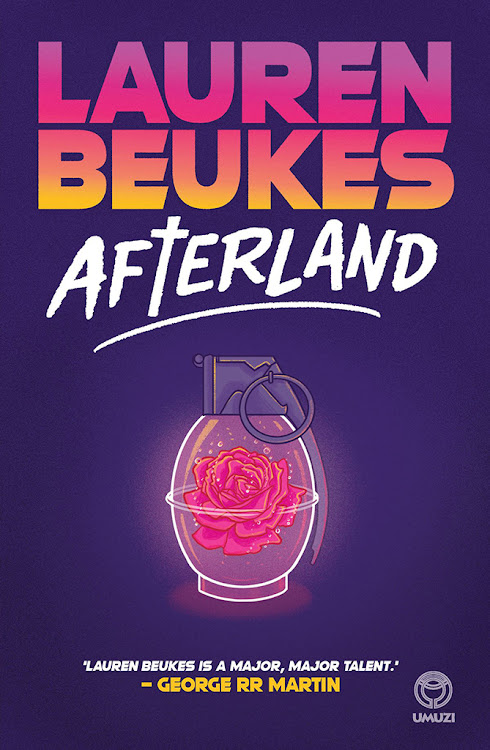 A bar in Lake Tahoe plays “nostalgia porn” on the TV screens — old Superbowl football games watched by the all-women clientele. Everywhere they travel they see memorials to men, faded photographs — “the wallpaper of grief” — or displays of stuff: “baseball caps, an Xbox controller, one of those talking fish on a plaque”. They see murals in different towns “from a crude rendition of action heroes to a sea of men and boys walking towards the parting in the clouds, golden rays of light beckoning them home, and in a field they passed, statues of naked cement men with their hands lifted up, thousands of them, like an army of Kouros boy statues, or Pompeii’s ashen dead, frozen in place.”

This is a world inhabited and largely run by women, and if you think this means a kinder, gentler world, you would be wrong. This is Lauren Beukes, after all, who never lets a cliché or an assumption pass by unmutated. Sure, there are collectives of women helping each other and cooking things in Wonderbags; parking garages are turned into urban farms, Hilton Hotels are turned into refugee camps and homeless shelters.

But in Beukes’ hands the female of the species is vicious. As Billie observes: “Girls have more to prove. You have to hit harder, meaner, crueller if you want to step into the Big Men’s shoes.” Billie is running with a ghastly band of skanks and “sinkhole bitches”, equally vested in capturing Miles and “hip deep in several atrocities”. They are getting worryingly close, and the tension is soaring when Cole and her now “daughter” Mila, are taken up by a glorious group of neon-clad nuns.

The Sisters of Sorrows believe that God is punishing the world by killing the men and that if they repent and proselytise He will heal the world and bring back the men. They come across the sisters in a rinky-dink casino in the boondocks.

“‘I’m sorry,’ one screams at the ceiling. ‘We’re sorry,’ another wails. The chant is picked up by a third, then a fourth, until they are all caught up in an agony of sorrow, pulling at their robes in a hysteria of repentance and swooning against the machines with their flashing disco lights and scattered popcorn.” It’s utterly delirious.

Mother and son make their way to the coast and a waiting ship, pursued not only by evil, but by grief and loss as well. For a husband, for a world. But Beukes reminds us of better things, too. Of hope and courage, wit and resourcefulness. And love, of course.

The heyday of magazines may have passed, but that doesn’t make the scandal, the sala­ciousness, and the stories that surrounded them any less ...
Voices
2 years ago

New book provides much more than insight into what shaped his genius — it is a fine guide for the uncommon reader, too
Voices
2 years ago