Beyond belief: Longing for the church in lockdown

Stuck in a flat in Johannesburg, Lukanyo Mnyanda suddenly found himself sentimental about his childhood memories 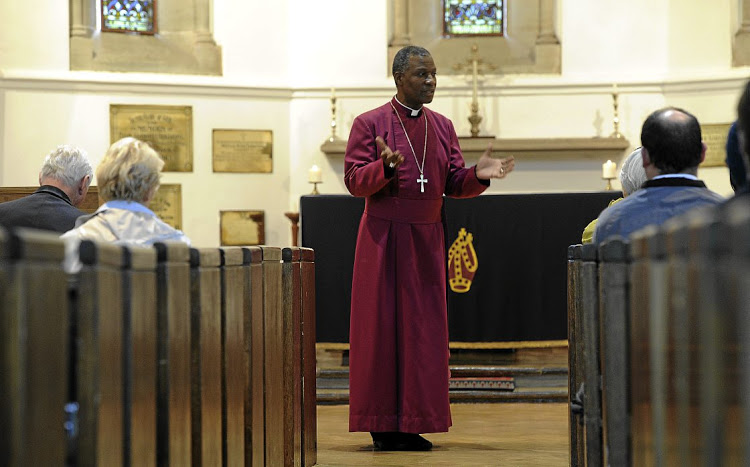 As I began writing this column, we were exactly three weeks into our national lockdown. That was supposed to be our Freedom Day. And the real thing also came and went. I’m going to be optimistic and assume that the lockdown eventually got relaxed.

But what an odd month April was in its entirety. It has definitely made us all rethink what is important. Talking to people in the UK, it’s hard to imagine that, before March, Brexit was the biggest worry. Now the attitude is rather, “bring it on”.

As for us here in SA, all that worry about recession, a tanking rand, and credit downgrades. Bring it on? Not quite.

One week, you are thinking it’s all fine. Then, in no time at all, you are not sure when you’ll see your children again, explains Lukanyo Mnyanda
Voices
1 year ago

While the Brits might yet be spared Brexit if they emerge out of this crisis with newfound humility, we won’t be that lucky. Covid-19 merely added to our misery. To think that the sluggish growth of the Jacob Zuma years, which surprisingly got worse during Cyril Ramaphosa’s new dawn, is now something that we might actually desire. It beats living in a world on course for the deepest economic contraction since the Great Depression.

One can’t help but think we are cursed.

But that’s not why, over the Easter Weekend, I found myself going to church — virtually, of course. This was one of the very few times that, as an adult, I’ve been to a religious ceremony that didn’t involve a wedding or a funeral — not that either of those were an option in the past month either.

On the morning of April 10 — Good Friday — I had a conversation with Duma Gqubule, who among other things, is a columnist for Business Day. Our discussions revolved not around religion, but the economy and stimulus packages, or rather the lack thereof.

Even as a child,
I was never really convinced by the stories in the Bible

And then there we were, talking about the Easter sermon to be delivered over the airwaves by Anglican Archbishop Thabo Makgoba. By the end of our conversation we had spoken about growing up in religious households: the forced Sunday-school attendances and the hymns that we haven’t quite forgotten. I was raised Methodist, but that’s beside the point.

Even as a child, I was never really convinced by the stories in the Bible and had many a debate with my grandmother, who probably thought I asked way too many questions, and sometimes told me so.

Though my semi-religious phase had no chance of surviving Rhodes University and introduction to Marxism, I never stopped appreciating the cultural value, and often wondered if it was the same for the adults at the time. Was the weekly ritual more about community than a literal belief in those scriptures?

And, stuck in a flat in Johannesburg, I suddenly found myself sentimental about my childhood as a reluctant, sometimes truant churchgoer, and for the sight of my grandmother and other women her age in those red uniforms, singing their hearts out and banging those hymn song books against their hands. Strange days indeed.

The game changer is that the UK is (or was?) ruled by a group that truly believe they can reshape society by breaking it
Voices
1 year ago

Mnyanda weighs in on the Brexit catastrophe explaining that the country, despite itself, still works
Voices
2 years ago