The 2020 Tokyo Olympics has been delayed. But, as Archie Henderson explains, it’s not the first time for the city – nor for other host nations 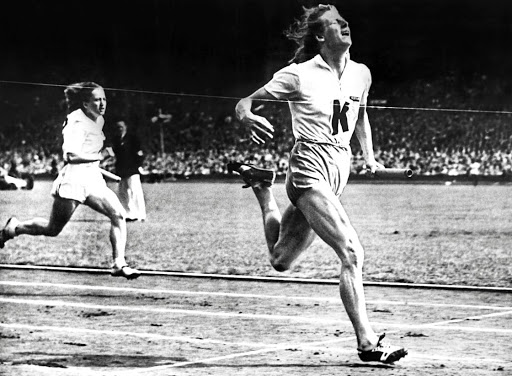 For the second time in 82 years, Tokyo has lost an Olympic Games. At least the second loss will not delay the event coming to Japan’s capital for as long as the first, as this year’s Games have been rescheduled to take place in the city next year.

Tokyo’s first loss was in 1938, when the International Olympic Committee (IOC) stripped it of the 1940 Olympics. The decision came after worldwide opposition to Japan’s aggressive war in Manchuria, the northern region of China. That war, which had broken out the year before, looked to be going on for much longer than the Japanese military had expected, and is regarded by some historians as the real start to World War 2.

Among those disappointed at Tokyo losing the Games must have been Germany, which would become an Axis ally in the world war. The German Messerschmitt company had designed a plane capable of flying 11,000km without refuelling and was scheduled to take the Olympic flame by air for the first time to the next Games venue. No doubt the aircraft was also earmarked to bomb distant cities, such as those in the US.

These days you’re as likely to find Olympic swimmer Ryk Neethling watching the polo as in the pool.
Voices
4 years ago

The IOC gave the 1940 games to Helsinki, the Finnish capital, which had come second in the voting. Japan had also lost the Winter Games, scheduled for earlier in 1940. These were given to it again in 1972.

Almost a year after Helsinki won the right to host the Games by default, another war deprived it of the event. Eight months before it was due to begin, and three months after the official outbreak of World War 2, the Soviet Union invaded Finland. It was part of communism’s aggressive westward expansion, which had begun with the occupation of the Baltic states and continued, in cahoots with Nazi Germany, with the dismembering of Poland. Then followed the long half-time break. 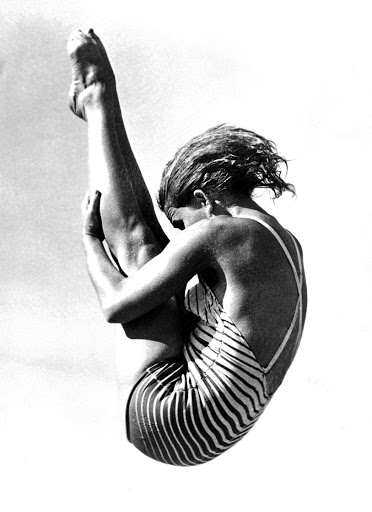 Helsinki got its Games only after London hosted them in 1948; the British capital had been due to host the 1944 Games. At Helsinki in 1952 SA’s Ester Brand won gold in the women’s high jump and Joan Harrison in the women’s 100m backstroke. It was also when one of SA’s boxing legends, Willie Toweel, first stepped onto the international stage, winning bronze in the flyweight division.

Tokyo had to wait 26 years after losing its first Games for its 1964 Olympics. In 1940 it would have cost the city, and the national government, about $1.15m in today’s money; in 1964 it cost $34m ($282m in today’s value) and today the average cost of hosting an Olympic Games is about $5.2bn. How much that will increase by next year is any economist’s guess, what with the effects of Covid-19 on the world economy. One of the reasons the 1940 Tokyo Olympics seemed so cheap was that the Japanese government forbade the construction of any buildings of iron and steel, which were needed to produce tanks, aircraft and battleships, two of them the biggest in the world. Everything for the Tokyo Games would have to be built of wood, as many homes were too. These as a result suffered horrendously during Allied fire-bombing of Japanese cities in World War 2, never mind the atomic bomb attacks on Hiroshima and Nagasaki.

The IOC was as slow to respond to changing Olympic venues in the near-wartime (aside from China, where war was already raging) as it has been in the face of the coronavirus pandemic. The reasons for the delay of the 1940 Games are in the realm of history, but we can assume they were similar to those of today. The IOC, a group made up of the rich and the royal, did not balk at awarding the 1936 Olympics to Berlin when fascism and persecution of Jews were on the rise. More recently it awarded the Winter Olympics to Sochi, Russia, in spite of President Vladimir Putin’s invasion of Ukraine. It works on the principle of: "If you don’t like my principles, I have others."

With regard to Tokyo 2020, money would have played a big role in the prevarication. Sponsorships and TV contracts would have been the first of the IOC’s considerations. Harvey Schiller, a former executive member of the US Olympic committee, said as much in an interview with The New York Times. Thomas Bach, the president of the IOC, and his colleagues were more eager to listen to companies and organisers that had spent $12bn on the Tokyo Olympics than to the pleas of the athletes — among them SA 400m world record holder and Olympic champion Wayde van Niekerk — who were struggling to qualify for the Games in this year of plague or to train because of the restrictions imposed by the pandemic. 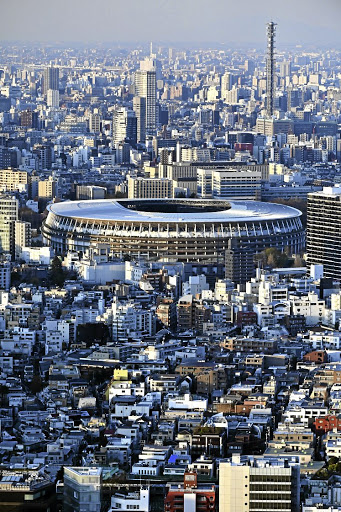 Then, on March 24 — four months before the opening of the Tokyo Games on July 24 — Bach and his committee backed down. The night before that the US Olympic committee had revealed that in its poll of 1,780 potential Olympic athletes 68% had said that in fairness to the participants the games should not go ahead as planned. It might have been the first time in history that the athletes had won the day against an organisation that always seems out of step with the world.

Science would also have won over sentiment. Scientists working on efforts to find a treatment for Covid-19 had warned that a gathering of millions of people in late July and early August would have been a risk to world health. They said not enough people would have developed a resistance to the disease by then. Many scientists believe that it could take 12 to 18 months for widespread immunity to develop.

"You can’t get [ahead] of herd [immunity]," Michael Joyner, a doctor at the Mayo Clinic in the US and one of those working on a treatment, told The New York Times. IOC officials, who were in constant contact with the World Health Organisation, must also have been aware of this. "We are just going to have to wait," said an official.

In the 1960s it took the IOC, and its octogenarian conservative president Avery Brundage, who was also a lifetime opponent of professionalism, a long time to realise the world did not want apartheid SA to be part of its party. The SA team, which would for the first time have included black athletes but under a paternal and contrived selection process, was banned from the 1964 Games in Tokyo, and allowed back only in 1992, when the country was on course for full democracy. However, SA athletes were allowed to take part in the first Paralympic Games in 1964.

When the Tokyo Olympics eventually go ahead, the city will become one of only five to have staged more than one Olympic Games. London has done it three times (in 1908, 1948 and 2012) while Paris, Los Angeles and Athens have each had two Games. Two of these are due for their third (Paris in 2024 and Los Angeles in 2028), and Beijing for its second (in the winter of 2022). 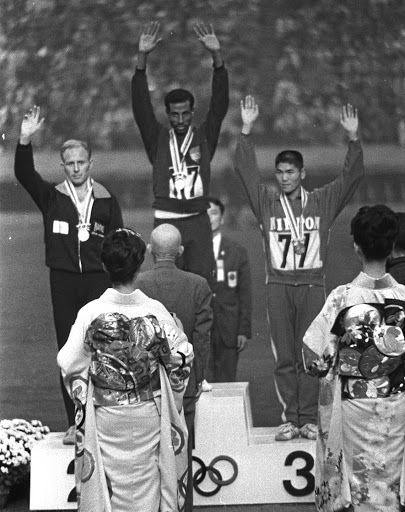 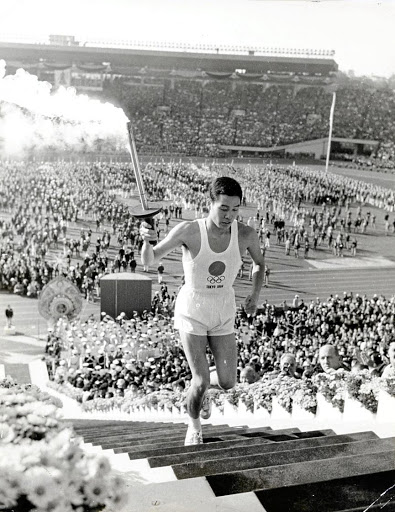 How different will the Olympics of 2021 be from the scheduled event of this year? The IOC and the Japan organising committee will pretend it’s the past; they will still brand the Games as Tokyo 2020. The broadcasters are likely to lose money. The US Olympics TV rights holder, NBC, said before the postponement that it had sold 90% of its commercials for the event. That would have brought it $1.25bn, surpassing the 2016 Olympics. There will be demands for discounts.

NBC wouldn’t be the first to worry about losing money on a sports event. Just over 100 years ago the Marylebone Cricket Club — the esteemed MCC and the IOC of its day — was worried about its investment in a tour by an SA team to England.

In 1900 it had sent an invitation to the SA Cricket Association to send a team to play a series of matches in England. There would be no Tests, but games against county sides, and good money was to be made for both parties. The South Africans had to decline; they were busy with a war against the Boer republics at the time. The MCC was understanding, but when a second invitation was declined the following year less so. The war was no longer a good-enough excuse. If you don’t send a team, it will wreck our fixture list, the MCC officials informed the South Africans. And so the team went. Wars don’t always stop sport, but viruses, we now know, do.

Wanted was courtside for The Match in Africa, here’s the highlights package ...
Food & Drink
1 year ago

Of princes, ponies, and passion: The Africa Polo Open is the real deal that honours culture, history, and craft

Wanted caught up with Masedi and Kgomotso Molosiwa ahead of the event. They tell us ...
Voices
1 year ago

• This article was originally published by the Financial Mail.