NEW ISSUE | This February, Wanted dives into the world of design, art and country clubs 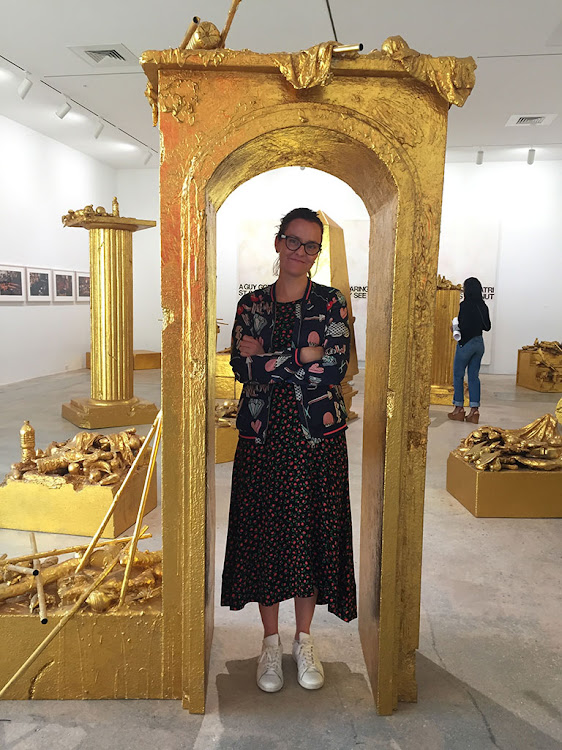 Sarah stands in part of John Miller’s A Refusal to Accept Limits at the new Rubell Museum in Miami.
Image: Supplied

Ed's letter | Hit me with your best shot

If you need me this month, I’ll be in Cape Town. February is shaping up to be an impressive rally of cultural activities unlike any we’ve seen in that neck of the woods for quite some time. And I’m going to have to engage my big-match temperament, big time, to keep going until the 29th.

Speaking of which, as you’re reading this, Roger Federer and Rafael Nadal are prepping to take the court at Cape Town Stadium. They’re playing each other in aid of charity, but since when did either of these long-time opponents shy away from a good battle?

This weekend, there’s also the Rolex Arts Weekend over at the Baxter Theatre. You might not be familiar with this initiative, but it’s a big deal — and open to the public. The two-day gig will feature the work of the 2018−2019 protégés of the Rolex Mentor and Protégé Arts Initiative with their mentors. For example, starchitect Sir David Adjaye will be presenting with his mentee Mariam Kamara, and Irish writer Colm Tóibín will be there with young literary talent Colin Barrett, with whom he’s worked during the two-year cycle. I plan to serve up a winning set of Tóibín fangirl manoeuvres, but the lineup also includes dance, music, and arts heavyweights, such as classical-music god Yo-Yo Ma and Nobel literature laureate Wole Soyinka.

The Cape Town Art Fair is on from the 14th to the 16th. As usual, it’ll be both a smashing display of the best continental art and a gathering of the most important people in the industry. Read Graham Wood’s piece on the show and collecting contemporary African art as a good warm-up to the event.

Then finally, Design Indaba (DI) takes place at the Artscape Theatre in the last week of the month — for the 25th year running. I’m a card-carrying member of the DI cult and adore worshipping at this shrine of the world’s best problem-solvers and creators. At its conference, I’ve seen magic spun by everyone from uber graphic designers Milton Glaser (he of I ❤ NY fame) and Michael Bierut to fashion doyenne Rosita Missoni and our own sartorial gem Laduma Ngxokolo. I’ve been mesmerised by international “it chefs” Roy Choi, René Redzepi, and Ferran Adrià; architects Francis Kéré, Mokena Makeka; and designers Hella Jongerius and Ilse Crawford. Actually, there’s no way I could do justice to the list of inspirational humans who’ve presented over the decades but I do know they’ve changed my view of the world — and introduced me to new thinking, places, and projects.

I also know that seasoned design journalist Robyn Alexander agrees, so read her round-up of what to expect from DI 2020 and then get your tickets.

In all, game, set, and match to the Mother City, don’t ya think?
Sarah

Your guide to the world of luxury ...
Voices
1 month ago