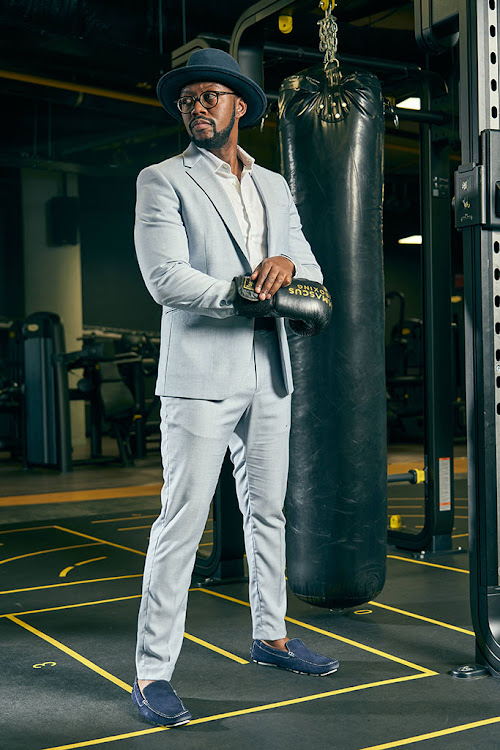 Tumi Phake remembers well the day he had his photo taken with then-US President Barack Obama.

He was in Washington in the last week of a two-month Mandela Washington Fellowship programme for Young African Leaders in 2016. Obama had just addressed them in a top Washington hotel. Secret Service agents were everywhere, eyeing everyone with suspicion.

Obama was mingling as much as he was allowed. Phake wanted to ask him a question but realised that wasn’t going to happen. Next best thing? A picture with the man. Just Tumi and Obama together. He set it up with a friend — they would have just seconds. Phake would smile, his friend would take the picture. Snap. The moment immortalised.

He moved in. Asked for a photo. Obama said sure. They turned to face the camera. Just Tumi and Obama, and…

“The biggest photobomb ever!” laughs Phake, the CEO of the Zenzele Fitness Group. “Just about everyone in the group ran to get into the picture. It was supposed to be ‘my picture’! But they are all there, crowding in over our shoulders.”

Photobomb or not, it remains one of Phake’s greatest memories and moments of his 35 years on this planet. The kid born in Katlehong and raised in Tembisa, with the first black president of the United States; two men who broke the mould and embarked on life journeys less ordinary. It remains a reminder of what is possible for Phake.

Most likely Obama would have endorsed Phake’s calling his company Zenzele, which translates as “do it yourself”. Phake is one of the first black owners of a major player in the South African fitness industry. His company provides “wellness solutions” to corporates, government, and educational institutions. Its core business is fitting out gyms at its clients’ workspaces, providing a service that includes design, equipment installation, and operational functions.

Phake describes how he founded the group in 2014, but had been planning and dreaming about it for years. Even as an investment banker at Rand Merchant Bank, Phake became known as the “gym man” for his obsession with the industry. He spent some eight years in planning, studying the business models of Virgin Active and Planet Fitness and learning about equipment and operations.

“I’ve always loved sport. I played basketball and, at one stage, dreamt of playing in the NBA in the US. But my girlfriend at the time told me I was too short to play basketball. I suppose being involved with gyms is the next best thing,” laughs Phake.

It was his reputation as the “gym man” that saw him being introduced to players in the fitness industry, learning of the financial viability of the sector with each meeting. One of those he met was Kevin Payne. Payne and his brother Tony run PentaSystems, the South African importer of fitness equipment by Italian manufacturer Technogym. Phake and Payne clicked, forming a relationship that became a strong partnership when Zenzele finally became a reality.

My grandmother probably gave me my entrepreneurial drive. She never worked for anyone else; she created employment and did it without any funding or formal education

“A colleague from RMB was at a braai with a guy from The Awethu Project, a company that invests in entrepreneurs,” says Phake. “He told them about my idea to build gyms at corporates and other institutions. They invited me to pitch. I was just 10 minutes into my presentation, I hadn’t finished, when they told me to stop. They were sold. They offered me R5-million as start-up capital.”

Phake was in two minds. He had the stability of a solid job at RMB, with excellent prospects. Heck, he had been given a promotion just two months before. Giving all that up to become an entrepreneur was frightening. He asked his mother Paulina for advice. He recalls how his grandmother, Mavis Mnguni, had built up and run a host of successful businesses to feed, clothe, and educate an extended family with some 20 children.

“My grandmother started off selling vegetables, and, after my grandfather passed on, she took on this massive responsibility of being the breadwinner for a large family,” says Phake. “My grandmother probably gave me my entrepreneurial drive. She never worked for anyone else; she created employment and did it without any funding or formal education.”

Phake’s mother told him to follow in the footsteps of his grandmother. He now has 13 clubs and over 100 employees. He plans to expand to 30 clubs in the near future and double Zenzele’s current 21,000 members to 40,000. In 2017, he was named Sanlam Small Business Entrepreneur of The Year. His success has been extraordinary.

At its core, Zenzele is about health and wellness rather than creating a Fourways-boet body. “A person who is fat can be healthier than someone who is skinny. What Zenzele does by building and running gyms in workplaces is to ensure that employees are more productive by making it easier for them to train. Our aim is to help people make the correct lifestyle choices and help them deal with stress at work and home. Fewer sick days; happier, healthier employees.”

Phake tweaks the flat cap that has become his trademark. He has many things going on under that cap — plans for hydration, sportswear, laundry, and food products. He wants Zenzele to be a legacy. He wants to spread his love of reading to kids. He wants to change lives. And, possibly, more than all of this, he wants a picture of himself and Obama alone.

Moira Mdakana chats to Richard Holmes about what it means to be a concierge in today's tech-dominated world, and the power of personal relationships
Voices
2 years ago

Keri-Ann Stanton chats to Google's regional chief marketing officer who is urging people to use the platform of creativity and art as tools for ...
Voices
2 years ago