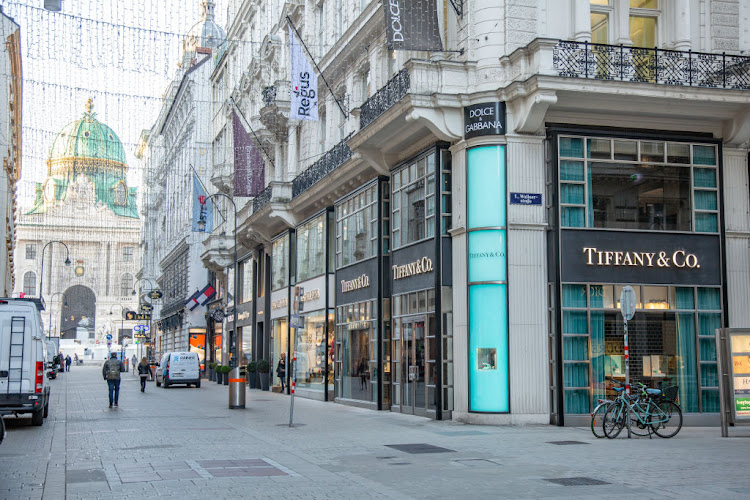 Tiffany & Co is a 182-year old company that sells jewellery. The bid is at $120 per share in cash, and is at a premium of 30% or more to where Tiffany traded before the offer, valuing the company at around $14.5-billion. Charles Tiffany founded the company in 1837 and it invented the modern engagement ring with a jewel lifted off the band in 1886.

Some say Tiffany lacks the ultra-high-net-worth cachet of Cartier or Van Cleef & Arpels, which are both owned by Richemont, but the brand has good global visibility. The 1961 film adaptation of Truman Capote’s novella Breakfast at Tiffany’s, starring Audrey Hepburn, may be familiar to older readers? No? Yes?

[Tinffany] misspelled LVMH, calling it LMVH instead. As one jokester on Twitter asked, what does LMVH stand for? Probably Louis Mutton Voet Hennessy

Of course, LVMH has been doing well, and its shares are up 48% year-to-date. Note that the LVMH portfolio includes Bulgari jewellery as well as Sephora stores, so it knows what it’s doing.

In an interview in 2001, LVMH boss Bernard Arnault said, “A lot of companies talk about quality, but if you want your brand to be timeless, you have to be a fanatic about it. A star brand is timeless, modern, fast growing, and highly profitable. You have mastered a paradox”.

As an amusing aside, Tiffany put out the conventional statement in response to the bid, indicating that the price was far too low, given the company’s exciting plans. Sure, but if that was the case, why wasn’t its share price trading much higher? In that press release it also misspelled LVMH, calling it LMVH instead. As one jokester on Twitter asked, what does LMVH stand for? Probably Louis Mutton Voet Hennessy.

The company grew by 12% in revenue last year. Why not add some of its stock to your portfolio and a buy a monogrammed bag while you're at it?
Fashion & Grooming
2 years ago

Richemont adds another jewel to its portfolio, Buccellati

The luxury goods holding company has acquired 100% of the Italian jewellery company, making it a good time to buy Richemont shares
Voices
1 year ago

L’Oréal and Estée Lauder are similar global businesses in the beauty-products industry, but which is the safer bet?
Fashion & Grooming
1 year ago