'Untitled: The Real Wallis Simpson, Duchess of Windsor' throws some unusually warm light on the woman everyone loved to hate 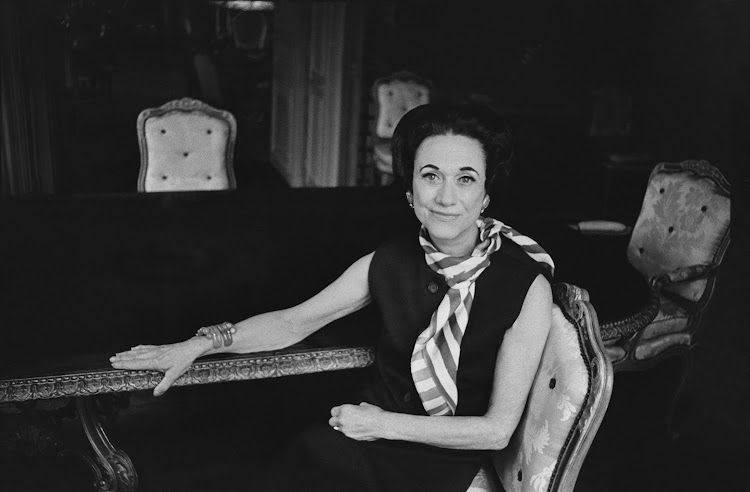 Anna Pasternak was just 26 when she was chosen to write the tell-all book about Princess Diana’s love affair with James Hewitt, Princess in Love. As a young journalist, she had been chosen by Hewitt and the princess to present it as a deeply romantic love story, which she duly did. Of course, the minute it exploded onto the scene Diana distanced herself from it. “I was absolutely hung out to dry,” says Pasternak. “We had been completely manipulated by her.” The press lampooned the book, she and her family received hate mail, and she was suicidal.

“It took me 20 years to get over it and believe in myself again.” Of course, Diana confessed to it all a year later on prime time television.

Pasternak, who is the great-niece of the Russian Nobel laureate Boris Pasternak, passed through Johannesburg last month and promoted her enthralling new book Untitled: The Real Wallis Simpson, Duchess of Windsor. Elegant and animated, she is fascinating on the subject of the maligned duchess. Here, she says, is another woman who was crushed by the palace courtiers.

Four books about the feisty American dames who shook things up, pre-Duchess of Sussex

Tell-alls of transatlantic trappings, tiaras, and titles
Voices
2 years ago

The idea for the book came while watching The Crown. “There it was, the same old portrayal of a vicious, cold woman.” Pasternak happened to know an elderly man who had known the Windsors and who insisted that Wallis had been a charming and kind woman. He put her in touch with others from their inner circle who had never spoken about the duchess before, such as society decorator Nicky Haslam. Once they knew she was going to champion Wallis and because, she thinks, they’re coming to the end of their lives, they opened up. We’ve always known she had exquisite taste, but Pasternak heard over and over again how cultured Wallis was, how witty and well-educated. Mostly, she realised how dignified the duchess had been in what were appalling circumstances.

She sets out to rehabilitate Wallis’ image, drawing on letters and testimonies from former employees, citing such evidence as the decision of the famous florist Constance Spry to provide flowers for their wedding in France, thereby giving up the chance to do it for the coronation of the new king in England. 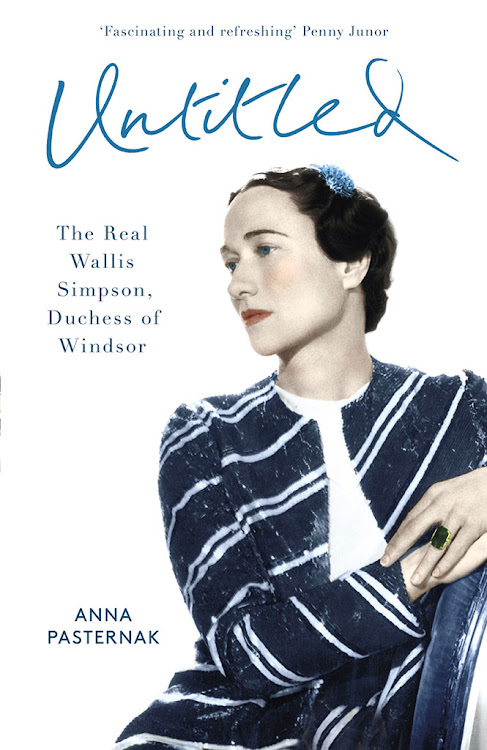 Still, there’s not much Pasternak can do to rehabilitate the image of Edward, and even with her sympathetic approach he comes across as a narcissistic ninny. He was petulant, excessively needy, and really rather dim. As for their being Nazi sympathisers, she is adamant that they were careless and ill-advised. “I looked everywhere for evidence of that and, as one Cambridge don said, Edward wasn’t ideologically bright enough to adhere to a political party.” Edward, who had promised and failed to give his beloved the crown jewels, loved the idea of the Germans fêting her as a royal.

What is clear from Wallis’ letters — many of which were only discovered a few years ago — is that she didn’t expect to marry Edward and she certainly didn’t want him to abdicate. It was a catastrophe for her, but the peevish man-child went ahead and did it anyway. She stood by him for the next 35 years of their useless, suffocating, peripatetic lives. She was treated abysmally by the public and the palace alike.

Looking at what’s happening with the royal family today, Pasternak says nothing has changed. The courtiers are still all-powerful.

Pasternak fears for the new duchess. “I have a feeling that things are not going to end well for her. She thinks she’s bigger than the royal family, and she is not wilier than those courtiers.”

She believes public opinion towards them is turning. “What people can’t tolerate is an undermining of the queen, a ‘me-me’ attitude and not having sufficient respect for the monarchy. The royal family are our family. We’ve watched Harry grow up. To act like an A-list celebrity does not go down well.

“What was admirable about Wallis was that she didn’t want to embarrass her husband. She did everything she could to uphold what he stood for.”

Fierce and beautiful, the novelist smashed through the social and sexual barriers for women in Ireland and beyond during the 1960's
Voices
2 years ago