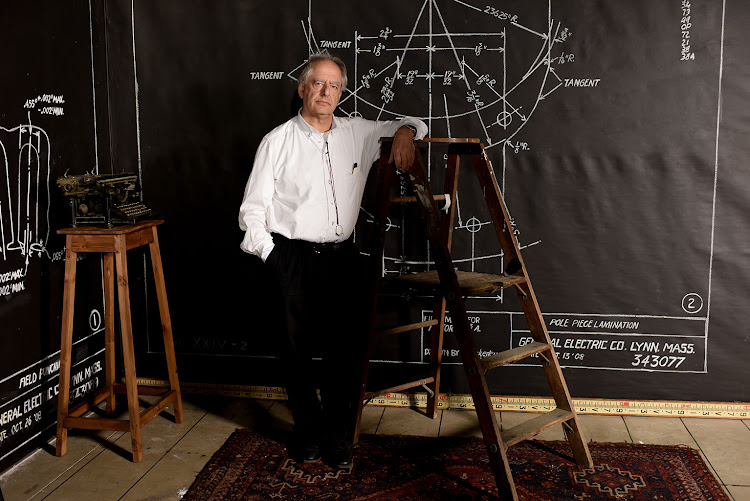 William Kentridge in front of a drawing from his exhibition, O Sentimental Machine.
Image: Stella Olivier

When I interviewed South African artist William Kentridge at his studio in Houghton, Johannesburg, I was accompanied by a film crew. As they set up, he was concerned that a block of light shining through a high-level window onto the table in front of him would interfere with the filming. He absentmindedly drew a line along one edge of the block with a fountain pen and scribbled something next to it. He did this at intervals throughout our conversation. I realised a few minutes in that he was jotting the time to measure the progress of the light across the table. “It’s done this in four minutes,” he remarked at one point, adding a line. “It’s gone from there to there.”

At 64, Kentridge is, quite simply, South Africa’s most famous, acclaimed, and ultimately important artist. No one matches his global reach, the scale of his work or his international renown. He is perhaps best known for his animated works — charcoal drawings he photographs, erases, adjusts, and re-shoots to make a kind of stop-animation film. But his work is so diverse it’s hard to categorise, taking in everything from early theatre posters to sculptures and drawings, print works, and more. He’s also a prolific collaborator, so his oeuvre bleeds into performances, music, and books.

To give you an idea of the scale of some of his recent projects: one of his works from 2016, Triumphs and Laments, is 550m long and 12m high. It’s a massive frieze of about 90 images etched into the embankment of the River Tiber in Rome. Another, The Head and the Load, was part of the UK’s WW1 commemorations last year. It was a sort of hybrid performance work combining music, dance, film projections, mechanised sculptures, and shadow play on a 55m-long stage in the Tate Modern’s Turbine Hall in London. It has subsequently travelled around the world. He’s also given the famous Norton Lectures at Harvard University. He’s produced operas that have toured the world — the most famous being Mozart’s The Magic Flute, just over a decade ago. He’s had major exhibitions at MoMA and the Louvre… the list goes on.

KABOOM! a new exhibition at the Goodman Gallery, is a chance to see some of the material that went into making Kentridge's The Head & The Load
Art & Design
3 years ago

At home, one of his most recognisable public works is the Fire Walker, a 10m-tall sculpture made in collaboration with Gerhard Marx, a landmark at the base of the Queen Elizabeth Bridge in Newtown, Joburg.

Coinciding invitations from the Zeitz Mocaa and Norval Foundation in Cape Town gave Kentridge the opportunity and the space to delve into his archive on a scale that’s never been done before. “There’s enough space to actually have a chance to see the 40 years of work in one form or another,” he says, noting, “It’s both for an audience to see it, but it’s also very much for me to relook at work that’s been done over these decades.”

Has he been surprised by what he’s found? “It’s a shock how much stuff there is, the excess, the too-muchness of it,” he says. He’d initially estimated, for example, that he’d done about 400 print works over four decades. “In fact, it’s closer to 1,500,” he says. But, like much to do with Kentridge’s work, there’s a paradox at the exhibition’s heart. “On the one hand, it’s a big exhibition,” he says. “On the other hand, I think it’s about 5% of the work that’s actually being shown.” 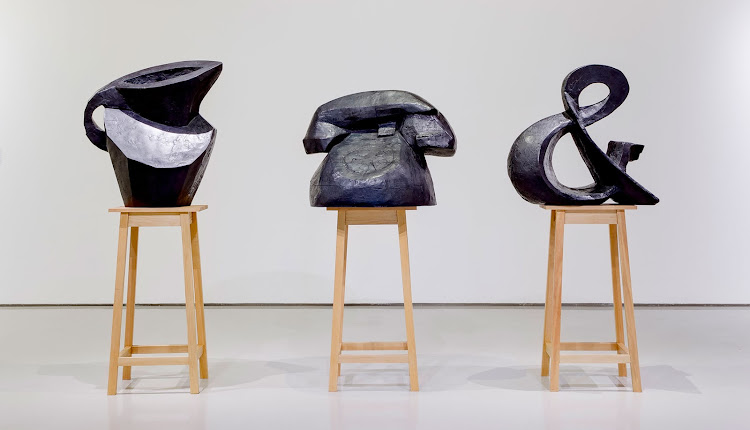 He’s restricted the scope of the exhibition to works in South Africa, and obviously to the space that is available. “Those were the two edges to it,” he says. “But beyond that, it was saying, ‘What would make a coherent journey?’”

Something had to give the exhibitions some sort of shape or logic. “Quite early on it became clear that… what happens in the studio would be central,” he explains.

“I wanted to have something that would be explanatory of process,” he adds. One reason for showing the workings of the studio was to demystify the process of making art — “taking away obscurity around it”. This aspect of things, he explains, is as much about demonstrating that there is no “hidden technology or technique” behind the art as it is about “giving to students or other people who see it a sense of the agency you can have”.

But the centrality of the studio in the exhibitions takes on a greater, more existential significance, too. The studio is the root of all the work, but it is also “a series of propositions about how to understand the world”. He explains how, as well as simply illustrating his process, what he calls the “natural activity of the studio” becomes a demonstration of how we are all “complicit in the making sense of the world”.

In the studio, he says, “You know you’re going to take fragments and make a collage. The difference is to say to the world: you understand you are all making a collage all the time. It’s so banal, it so obvious, but it’s very different from how people operate in the world.”

Kentridge’s insistence on “uncertainty and provisionality” — his preference for understanding “the world as process rather than as fact” — seems charged with new urgency in the present polarised cultural and political climate, where so much current thought is toxically anchored in a yearning for absolutes. 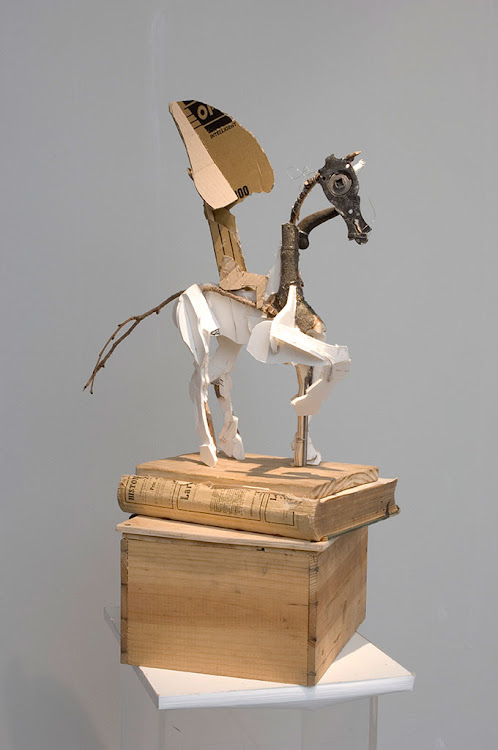 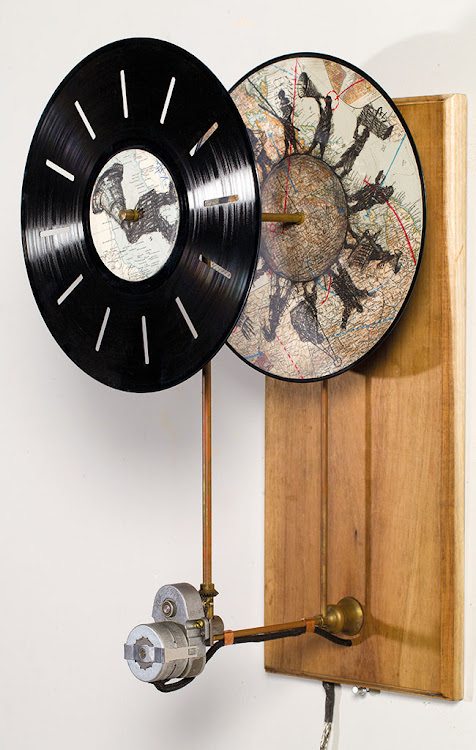 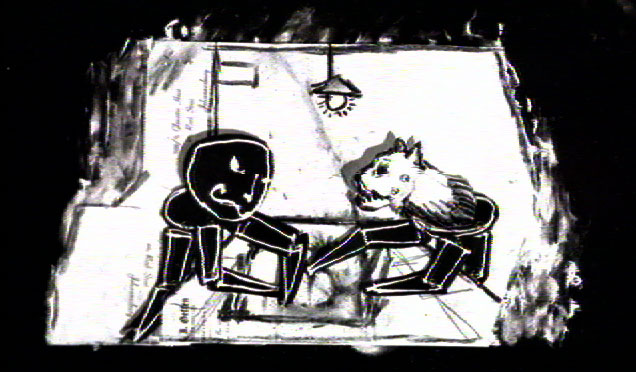 “So yes, this is a certainty,” he says, gesturing to the table between us. “Here we are sitting at the wooden table. That is a fact.” Then he qualifies it: “For this moment, it is a fact.”

He talks about “understanding of the fragility of moments of truth, the way that moments of certainty… will pass”. It’s an understanding that informs his work in many ways, from the ghostly traces of rubbed-out images left on the page in his animated films to the shadow projections in the performances and the strange illusions of his anamorphic works reflected in cylinders. It’s there in the fragmented narratives of the films and performance works, and in the splintering form of the Fire Walker. It’s there in the paradoxical way in which his weighty sculptures approximate shadows. As a viewer, you’re seldom allowed to forget the importance of what isn’t there in the work. 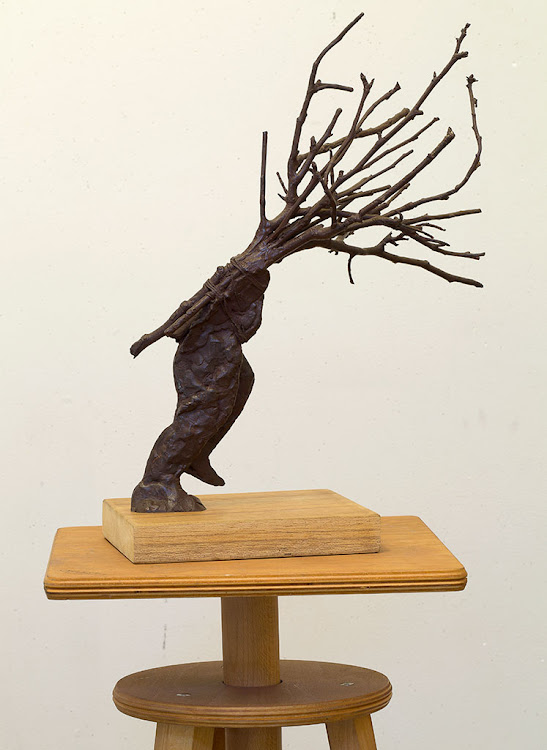 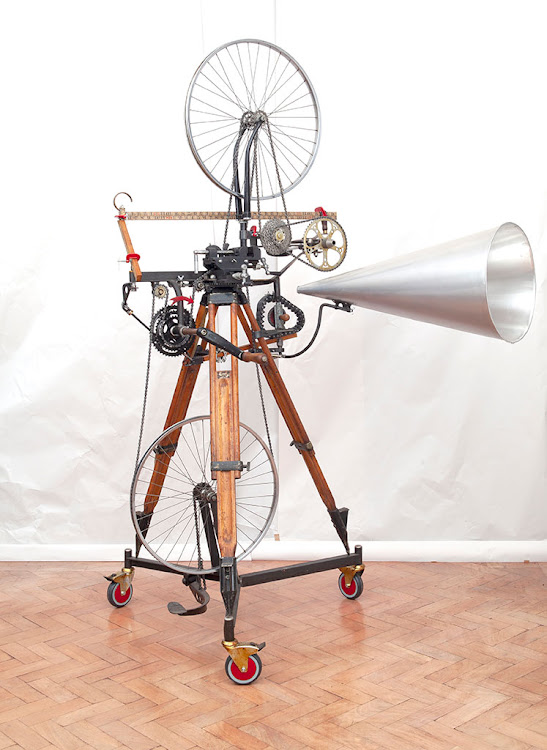 The fugitive nature of anything you might be tempted to think of as an essence is best understood as a manifestation of an ethical and philosophical position, especially in relation to the way we understand history. Sometimes it comes through as absurdism. “One has to have a strong sense of the absurd to be able to describe what is happening in the world,” he says, adding: “Large-scale events and processes are much better understood through comedy than through tragedy. One has to divide it into one or the other. So, paradox and contradiction are so central to how the world operates, but they have to get written out of every script of certainty. Whenever a policy decision is made, one has to take out the absurd, the contradictory, the paradoxical, to try to get to something that is clear and simple…”

He makes reference to the Rainer Maria Rilke poem, The Panther, which he also referred to in his Norton Lectures. The poem describes a captive panther circling a cage: Like a dance of strength around a middle / where a mighty will was put to sleep.

Drawing from The Head and the Load by William Kentridge.
Image: Supplied

“[What] strikes me even now is that the activity in the studio of circling around — physically walking around this studio, is an important part of what happens,” he muses. “Trying to find a kind of peripheral thinking to go with peripheral vision of the different images which are around in the studio sparking new ideas. And so the idea of the fragment and fragmentary idea is central to how every studio works. But I think the proposition is that the studio can show you the way we make sense of the world outside of the studio — taking fragments from the world and constructing a provisional, possible coherence. That’s why I suppose you can say if you have 40 years of work in the exhibition, whether you like it or not, it’s a self-portrait in the long form: the long form of fragmentary self-portrait. It’s what the artist’s ideas, thoughts, fears, and desires are over all those years, which is what one works with. All the raw materials of every artist in the studio.”

By the end of the interview, the block of light had slipped off the edge of the table and crept up to his shoulder. The conversation ended before it reached his face.

From bush to boardroom: Beks Ndlovu is forging his own path in the safari industry

Debbie Turner, the new Cape Town City Ballet CEO, has her sights set on turning the company around
Voices
2 years ago

There are more bad days than good days in cricket, but it's knowing how to deal with the losses that matters ...
Voices
2 years ago